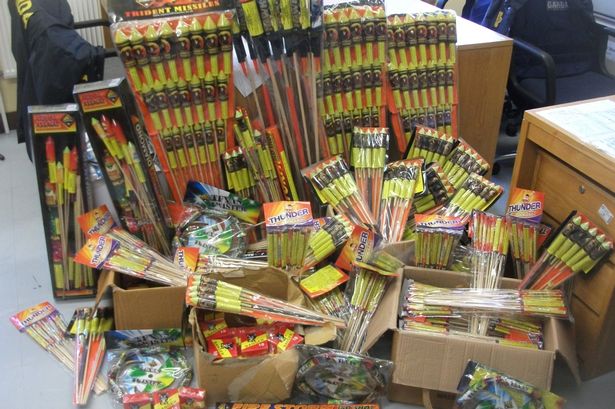 Warning over fireworks after gardai seize illegal haul in Donegal

Parents have been warned to be mindful of their children this Halloween by outlining the dangers fireworks pose.

Fireworks are often used at Halloween time, but without a licence, it is illegal to use them.

It emerged last week that gardaí in Inishowen seized fireworks during Operation Tombola in Buncrana and Clonmany.

Inishowen Councillor, Jack Murray, welcomed the illegal haul, while urging parents to be mindful of their children this Halloween season.

He told Donegal Daily: “Incidents around fireworks at Halloween has been a trend now for over the last couple of years.

“And incidents, especially in Buncrana around the Ferris Lane area, have proved a problem with fireworks being thrown at cars, which is just torturing local residents.

“So, I welcome the seizure of fireworks and I am glad that they won’t be as accessible if gardaí are clamping down on them.

“Fireworks make for a good spectacle if used in a safe environment, but they are very dangerous and if young children get their hands on them they can be particularly dangerous.”

Gardaí said fireworks, bar the smallest types, will be confiscated if found, while people who throw any ignited fireworks in public places can face up to five years in jail, plus fines.

Urging parents to talk to their children about the dangers fireworks pose, the Donegal Fire Service said: “Members of the public are asked not to buy, use or supply fireworks and parents are requested to monitor their children and make sure they do not play with fireworks including bangers.

“Every year children end up tragically injured and often scarred for life after using illegal fireworks.”