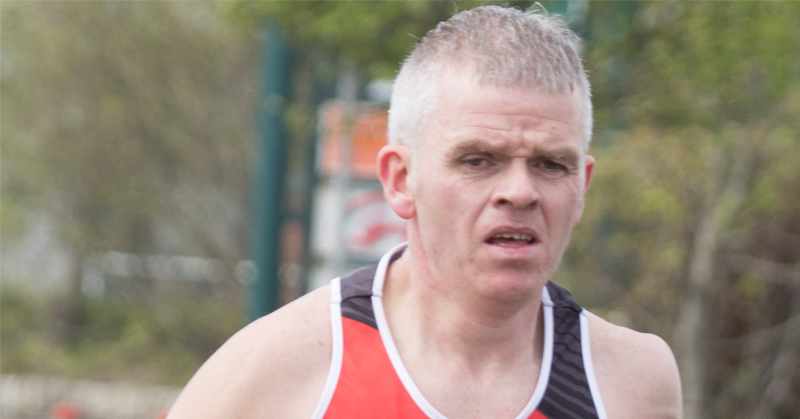 THERE IS widespread sadness following the death last evening of Paul Dillon, the Newtowncunningham man who lost his battle with Motor Neurone Disease.

Paul (45), of Ballybegley, Newtowncunningham, passed away surrounded by his loving family, following an illness he bore with tremendous courage and bravery.

A butcher in Kernan’s shop in his home village, Paul was a bubbly figure whose infectious smile and sometimes mischievous persona made him a popular figure with the scores of customers.

Paul was an athlete with Lifford-Strabane AC who ran all distances from 5k locally to marathons. His last race was the North-West 10k in May, 2018.

Earlier this month, a team of 15 of his friends and family took turns to push Paul, who used a wheelchair for several months, around the 13.1-mile course of the Waterside Half Marathon. The charity fundraiser helped gather over €8,000 for the Irish Motor Neurone Disease Association (IMNDA). 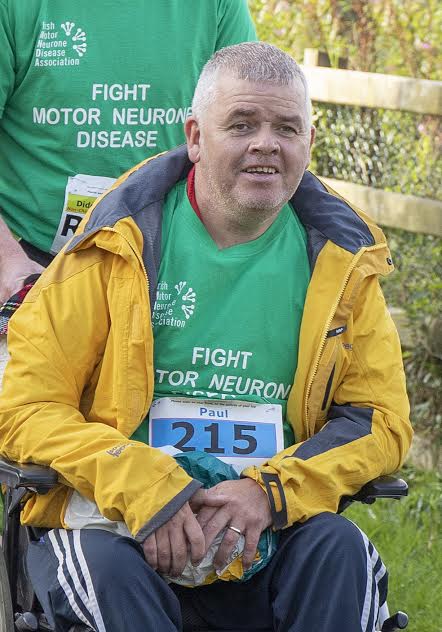 A former player and long-time underage coach at Naomh Colmcille GAA club, Paul was diagnosed with MND in January of this year.

“We got the news that nobody wanted to hear,” he told Donegal Daily in an interview earlier this year. “It was devastating. The whole world was falling apart. You learn to do things differently.”

A committee, led by Councillor Paul Canning, ran a weekend-long series of fundraisers that raised €85,000, which helped make the family home wheelchair accessible.

In June, Paul, his wife Emma and their children, Lilly, Heidi and Daisy, went to Disneyland for a memorable family holiday.

Funeral arrangements will be confirmed later.