There was a packed house in the Inishowen Gateway Hotel on Friday night as four notable members of the diaspora were honoured with the 2019 Tip O’Neill Irish Diaspora Awards at a gala ceremony hosted by Donegal County Council.

RTÉ presenter Sean O’Rourke performed the Master of Ceremonies as a playwright and author Frank McGuinness, developer Pat Doherty, lawyer Patrick Dunican and businessman Daniel Hilferty were honoured for their outstanding achievements in their chosen fields.

Cathaoirleach of Donegal County Council Cllr. Nicholas Crossan said: “These awards were founded as a way to pay tribute to the great deeds of Tip O’Neill, to honour his family connection to this part of the world and to celebrate, not only the outstanding achievements of Tip himself, but to recognize, to acknowledge and to honour the millions of Irish people or people of Irish descent across the globe who through hard work and dedication have excelled in their chosen fields and who through their own generosity of spirit continue to champion and support our diaspora in every corner of the globe”.

Extending a warm welcome to the beautiful Inishowen Peninsula Cllr Martin McDermott, Cathaoirleach of Inishowen MD acknowledged the importance of reaching out to our diaspora and of showcasing the stunning offer that Inishowen and indeed Donegal has a place to visit, to live in and to do business in.

Paying homage to this year’s recipients Tom O’Neill, son of the late Tip O’Neill, described Patrick Dunican as a “real Irish leader” and described how he “created a national powerhouse of a legal firm situated along the East Coast of the United States.

“His Irishness is recognised and appreciated for the leadership he gives all Americans but especially the Irish American community,” O’Neill added.

He also acknowledged his contribution to diversity in the legal profession and in particular in supporting the progression of women not only in his practice but in the law practice.

He spoke of Dan Hilferty’s achievements in the Healthcare sector and how since 2010 he has by 3 times built the size of his company adding that “he is really known for the public health policy element that he brings to the job.  A true Irish man and a great leader in Healthcare”.

“Pat Doherty worked for his Dad for four years in Donegal before he left to go to London where he began to make his fortune in development,” said Tom O’Neill.  “But more importantly and this is what diaspora is, don’t ever forget where it is you are from, don’t ever forget what Gods gift has given you so you take that gift and give back,” he explained.

“What he did to the Titanic Quarter in Belfast, what he has done in the last 10 years back here in Donegal, taking €100 million and investing it and employing hundreds of people doing nothing else but good.”

Upon accepting the award each recipient expressed their heartfelt gratitude.

Patrick Dunican spoke of his strong Irish ancestry saying: “I am Irish, I am American, I am Irish American,” and promised going forward that he would talk about Donegal and encourage tourism and travel to the county.

“I am very excited to be part of the fabric of this community and I promise you that I will be back and that I will spread the word to all the diaspora that there is no place like this beautiful place called Donegal.”

Describing Tip O’Neill as “a complex and high achieving benevolent man” and a man of “great eloquence,” Frank McGuinness said that he believed that “kindness was at the root of all that Tip O’Neill did, it was also at the root of the greatest Irish man of my generation and as far as I am concerned of the 20th century John Hume.

“In his glorious, unending, courageous, rough, terrifying fight to obtain justice for all in society not just for the few, I think John was inspired by the actions and behaviour and dreams of the greatest man of the 20th Century Martin Luther King.

“I thank John, I thank Martin Luther King, I thank Tip O’Neill for passing on to me and to other generations that necessity to dream, to believe we can create a better world, a happier world and a world with more light.  So all of those men were creatures of light and the three men that stand with me tonight to receive this award are gentlemen of light”.

Frank McGuinness concluded by thanking his beloved family and friends and his beloved county for its constant inspiration. 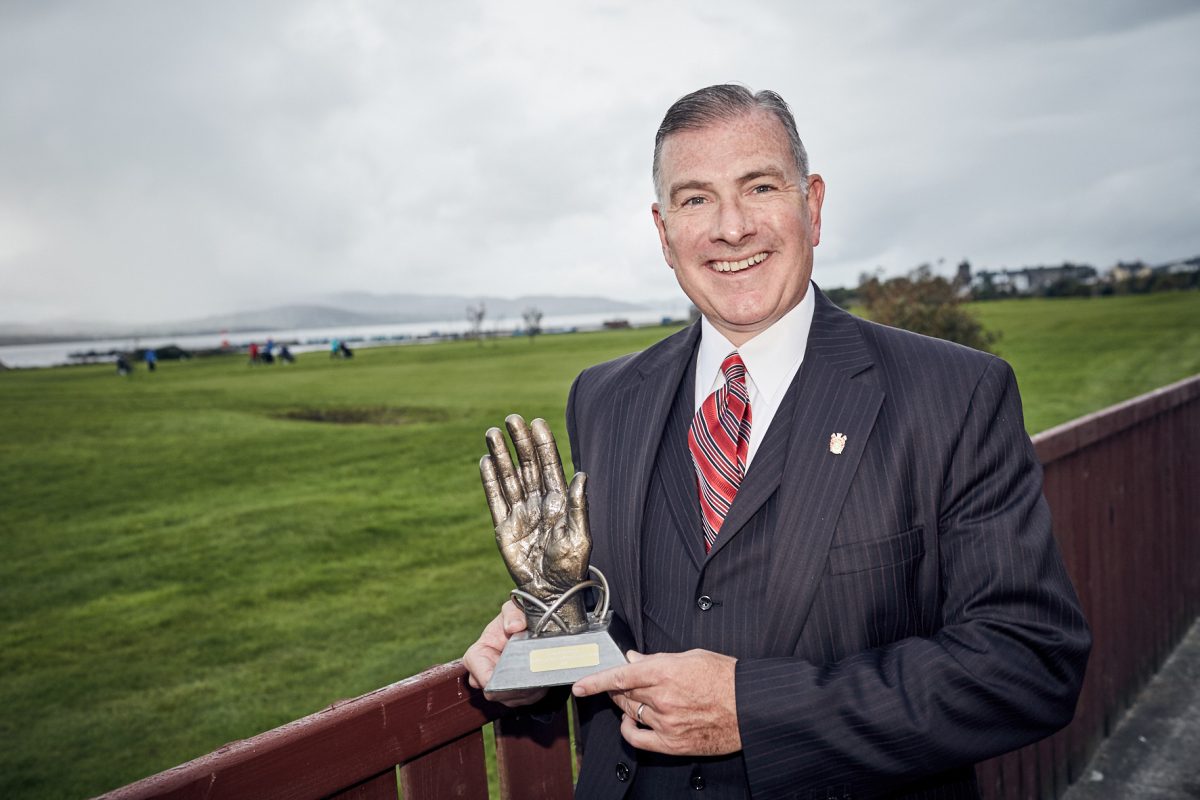 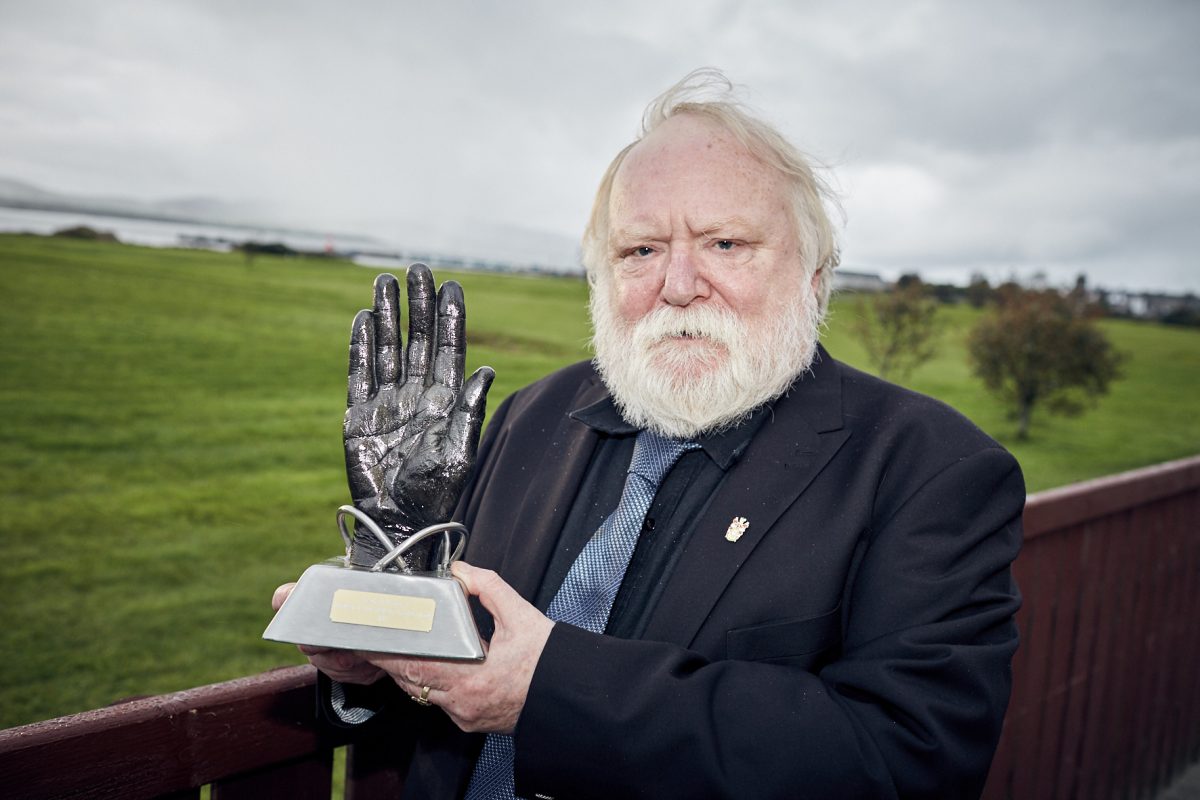 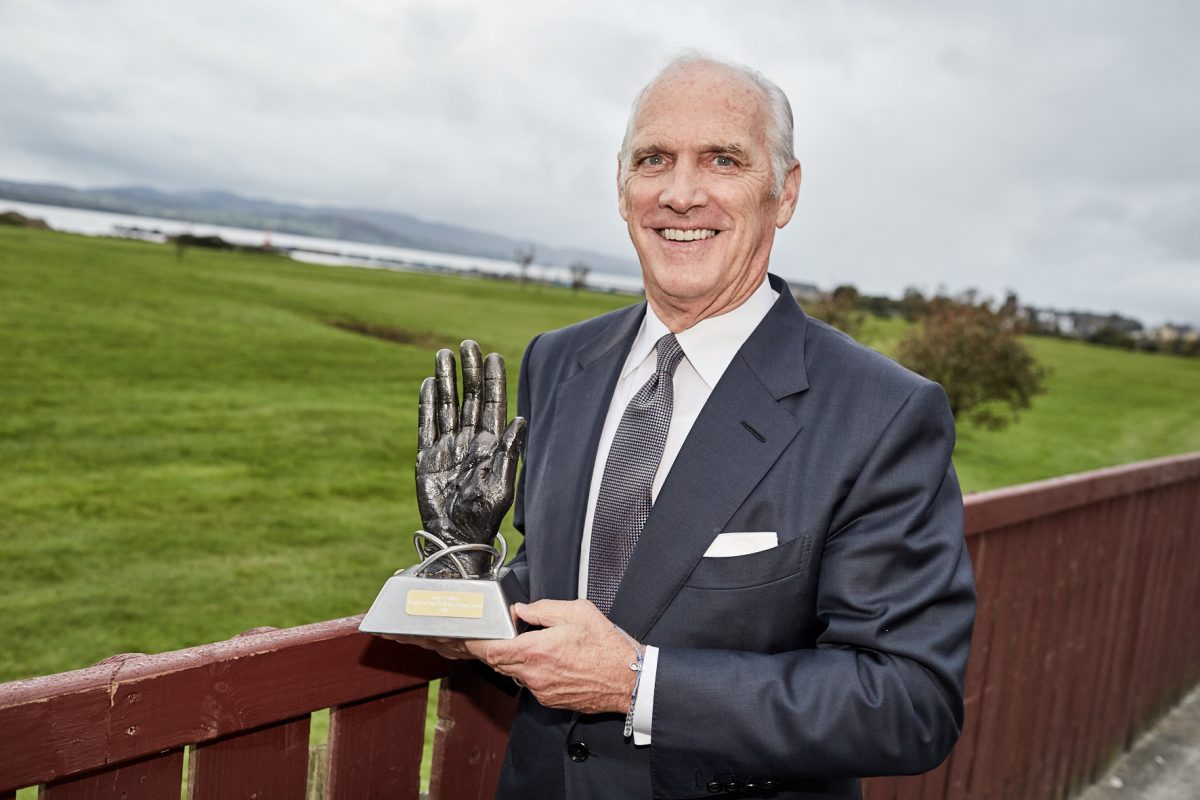 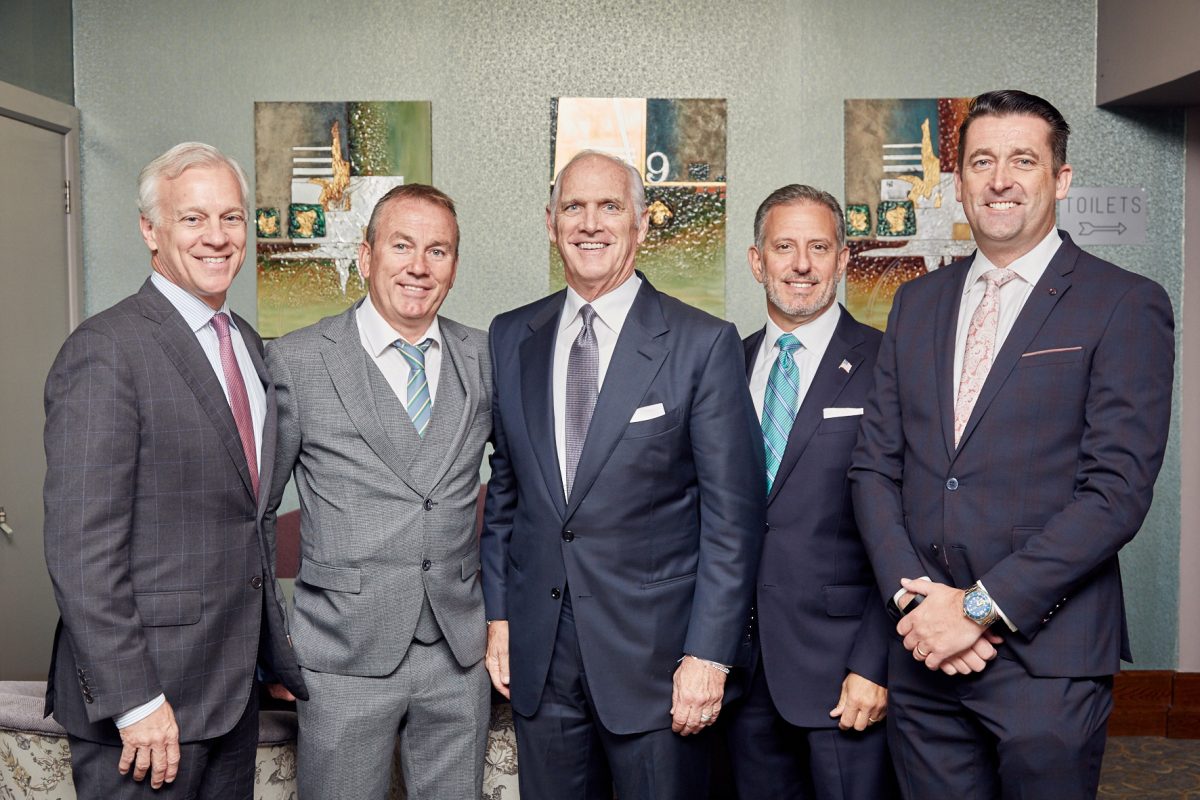 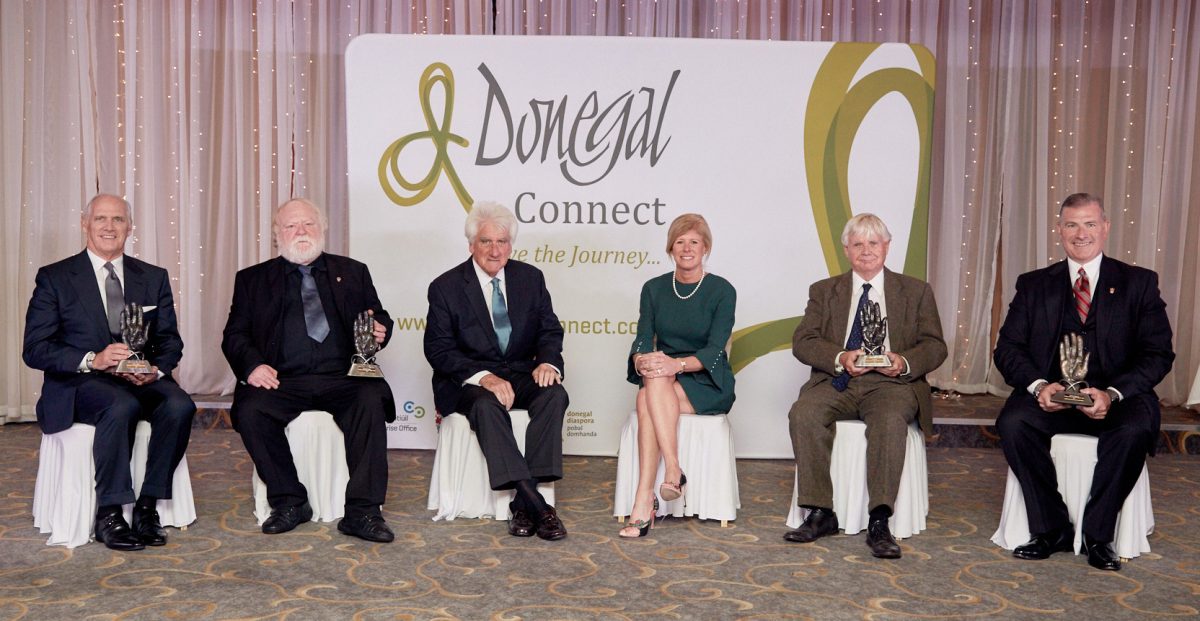 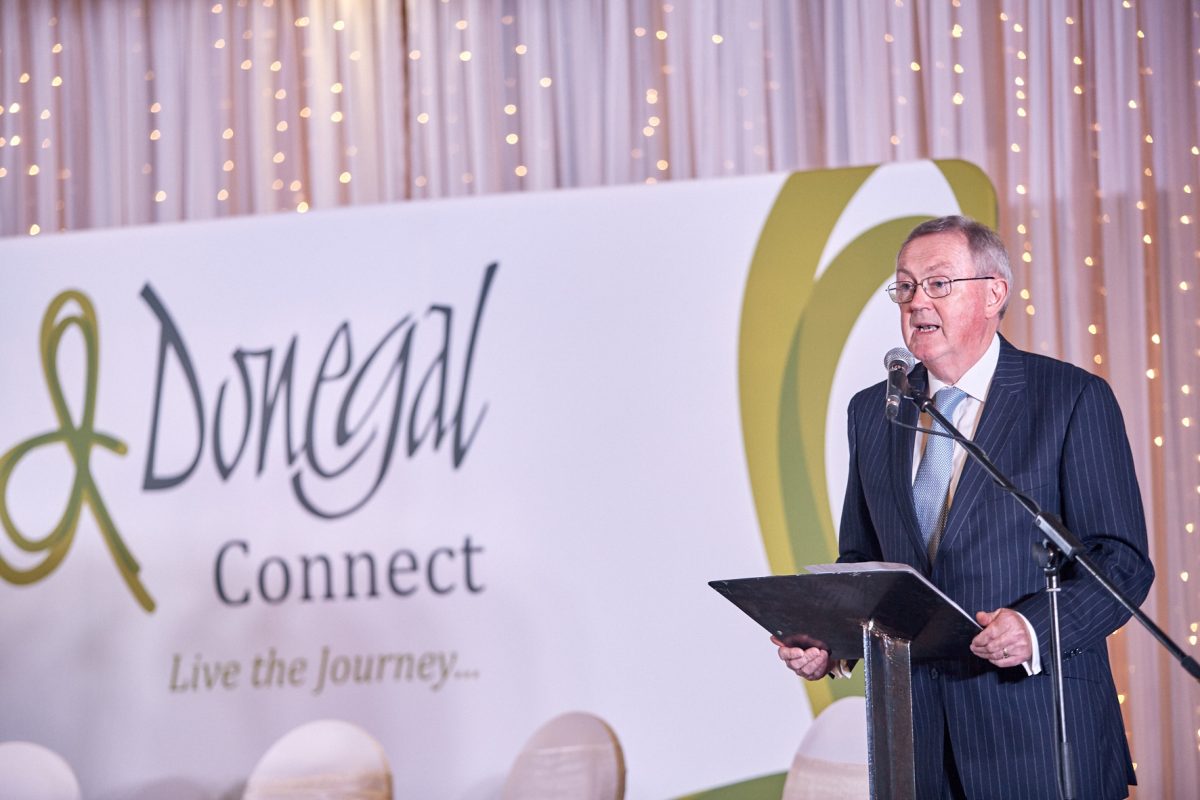 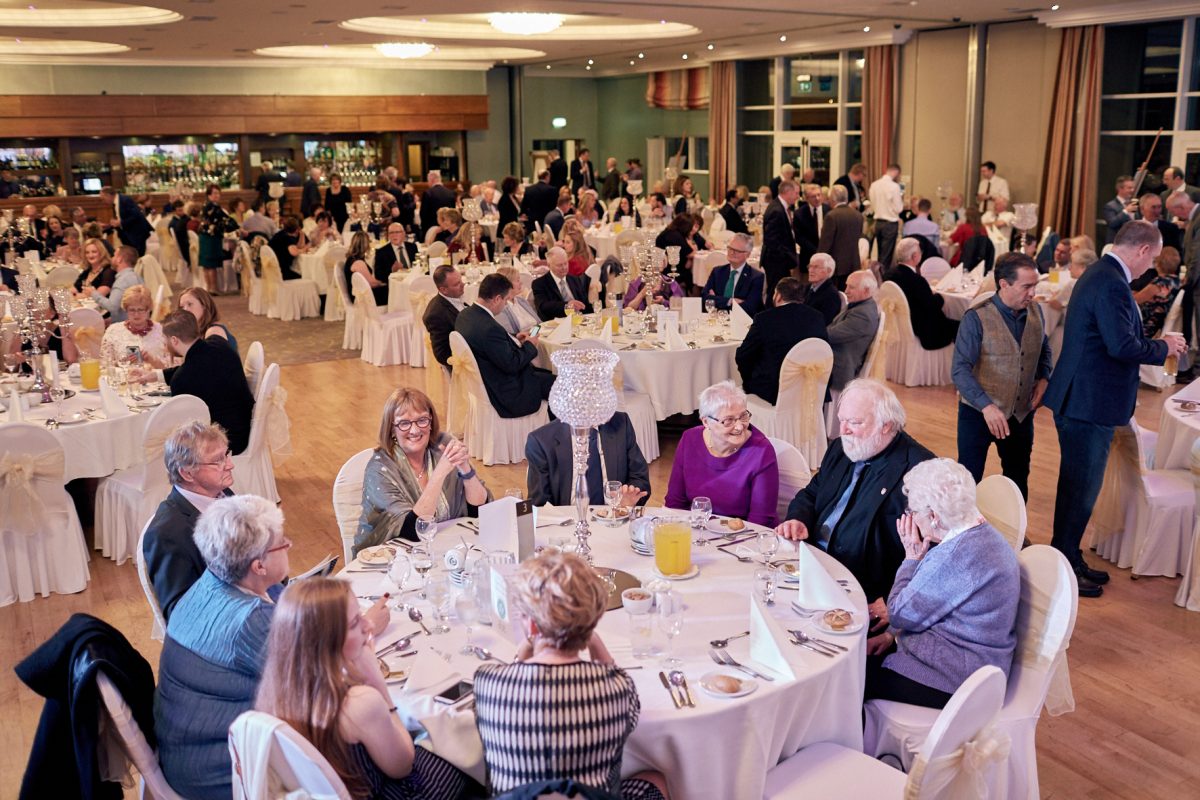 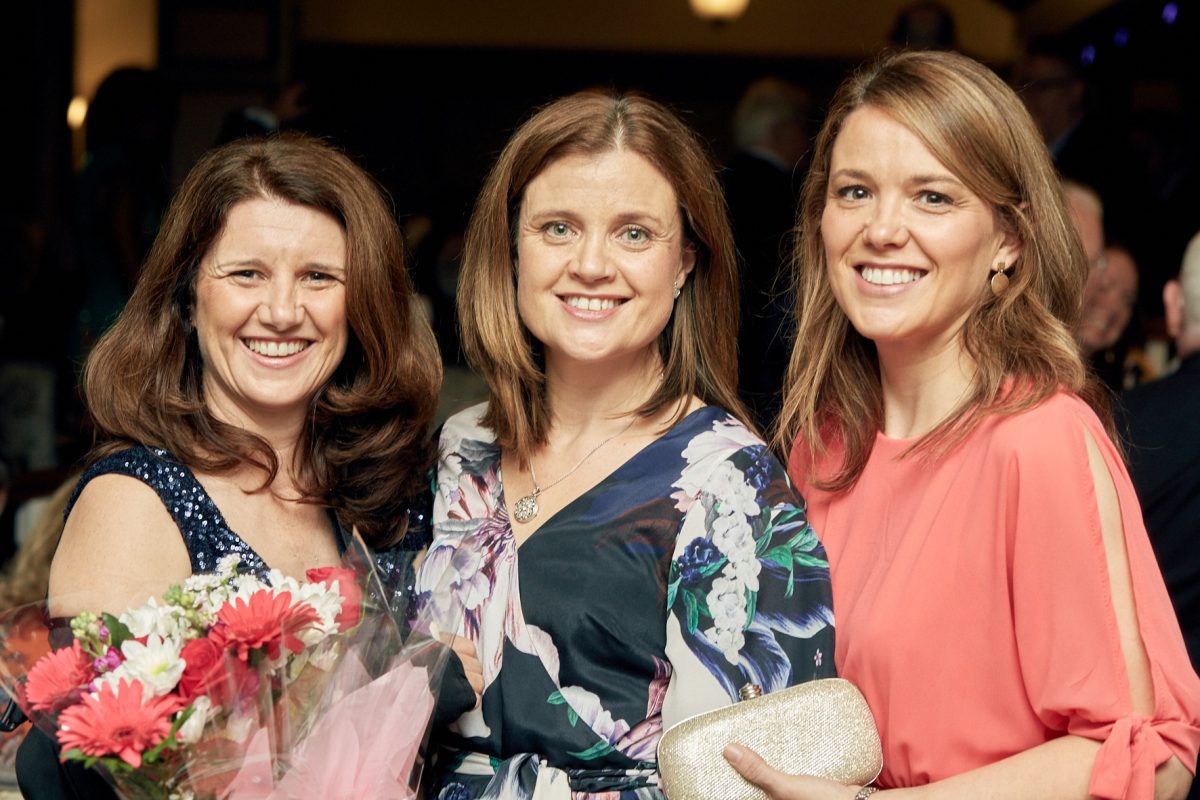 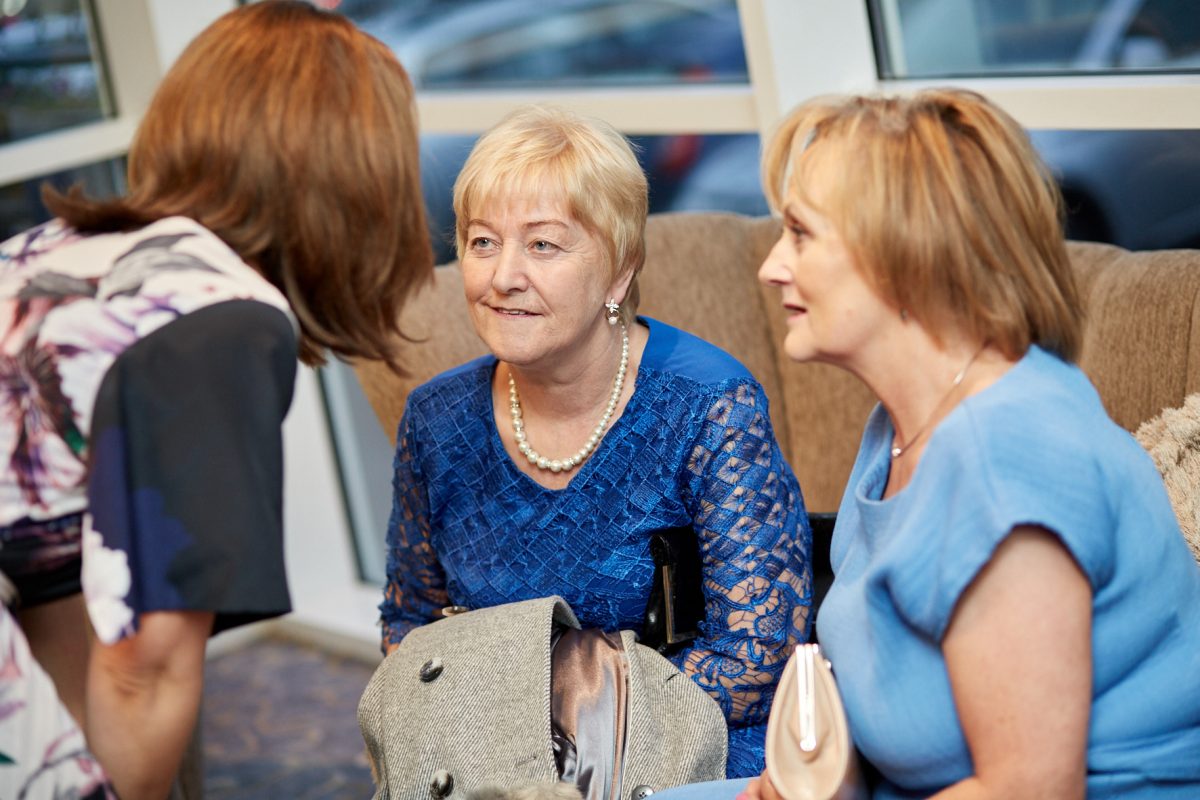 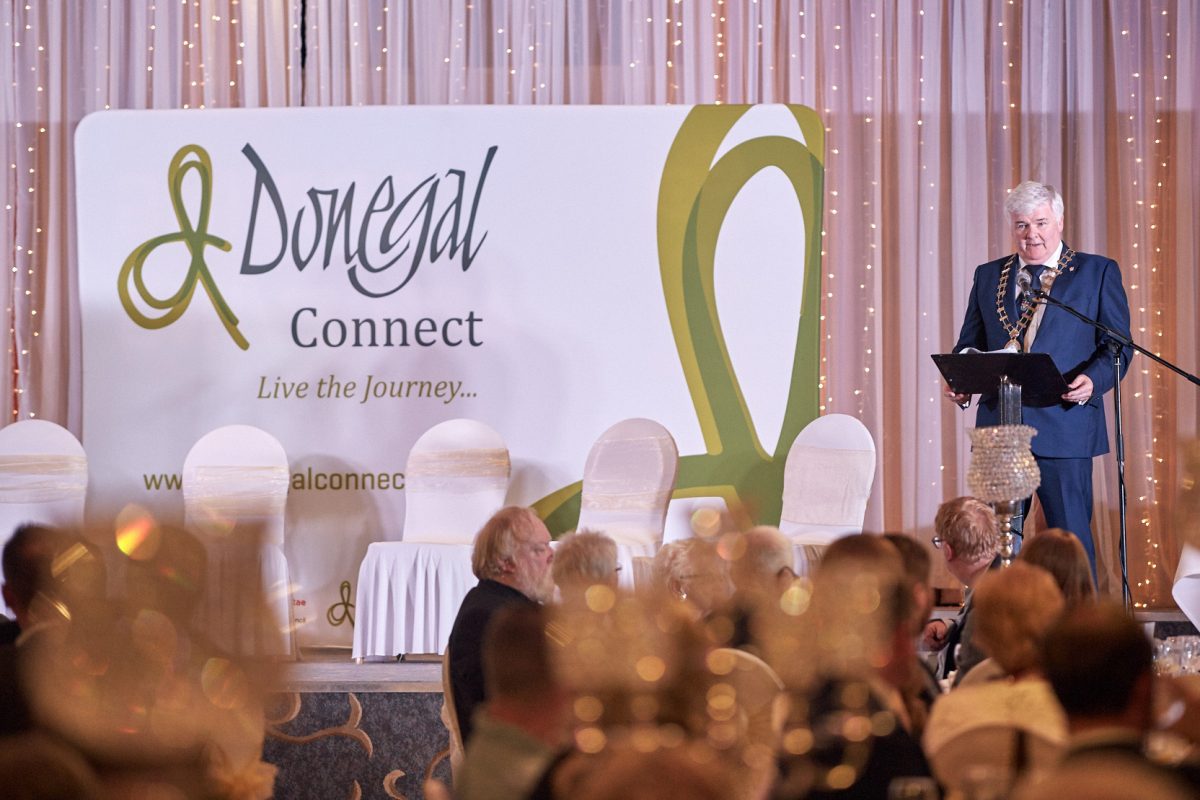 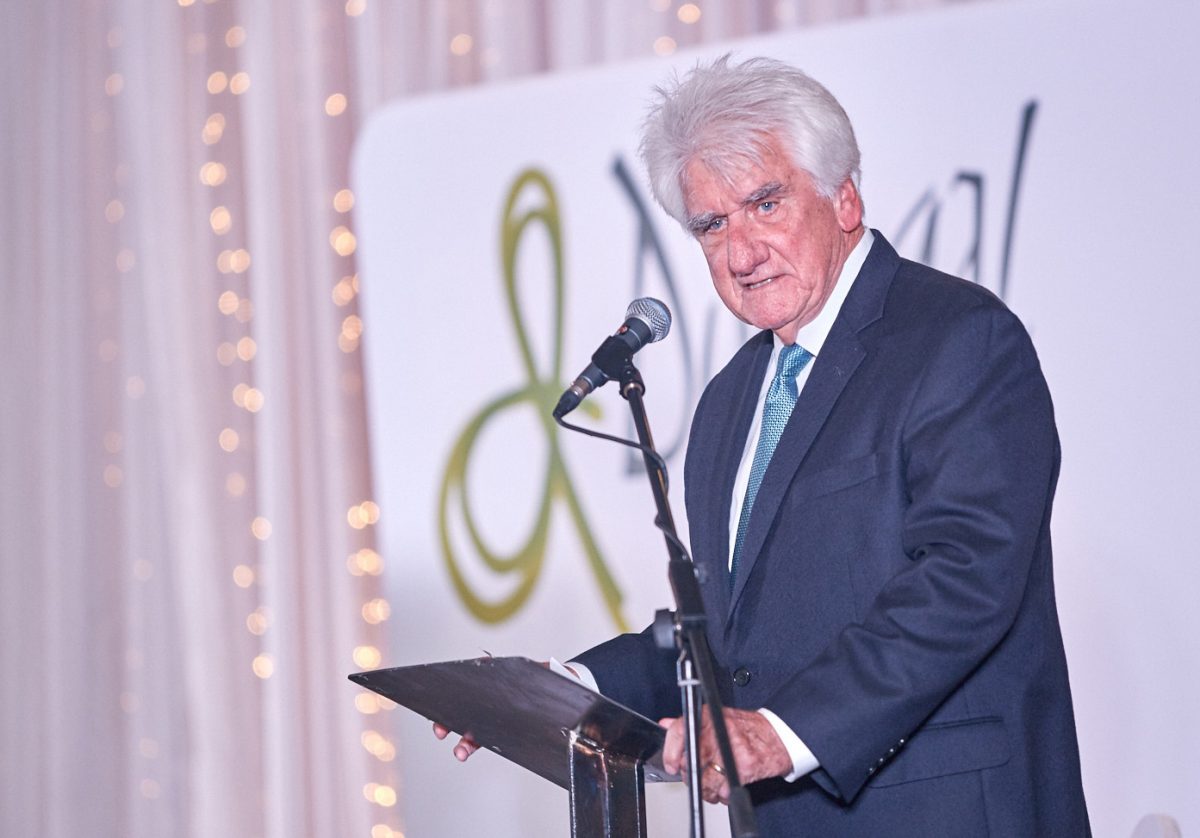