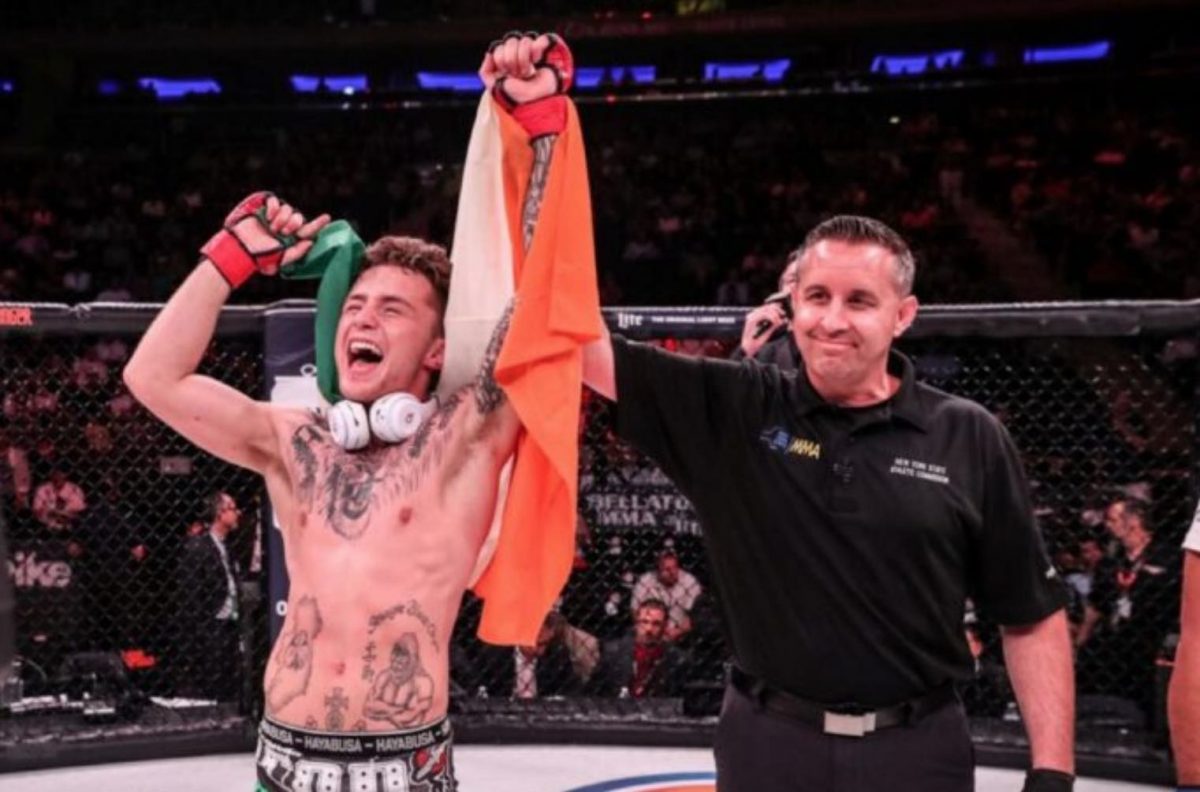 SBG star James Gallagher put on a show at Bellator Dublin on Friday night with a first-round submission victory against Roman Salazar.

It took the bantamweight, who has family connections in Lifford, prospect less than 30 seconds to force Salazar to submit via guillotine choke.

And his Donegal family were out in support inside the sold-out 13,000 strong 3Arena.

“The Strabanimal” made easy work of his American opponent, claiming victory in what was a thrilling night of fighting action in the Irish capital.

The means Gallagher extended his professional record to 10-1 after beating Salazar in front of a raucous home crowd.

The Tyrone native dominated Salazar, who took the fight on a week’s notice after original opponent Cal Ellenor was forced to withdraw due to injury.

The 22-year-old revealed before the contest that it would be his last fight in Ireland for ‘several years’ as he prepares to take on opponents in the United States.