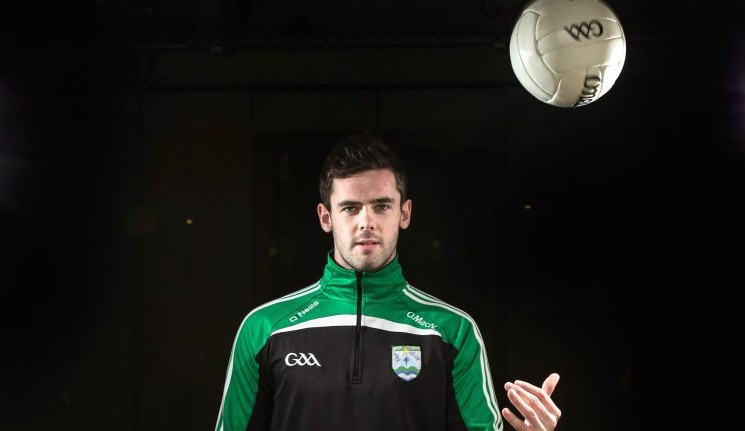 On a weekend when the script was as predictable as reciting the alphabet, Bundoran almost produced the surprise of the ages as they came from eight points down to force extra-time and almost end Gaoth Dobhair’s tenure as county and Ulster champions, writes Alan Foley

A few folk had even thought it better to make their way home for the evening. And who would’ve blamed them. When Gavin McBride slotted over a 45thminute point, Gaoth Dobhair were all but there, leading 2-12 to 0-10 against a team that they hammered on an 8-13 to 3-12 scoreline at the same stage of the competition last year.

Both the Gaoth Dobhair goals came from the penalty spot from Odhran MacNiallais. Bundoran had been spirited and certainly eager not to have a repeat of that calamity of 12 months ago this weekend. But few saw a sting in the tail on a weekend of predictable wins for Gaoth Dobhair’s fellow big-hitters Kilcar, St Eunan’s and Naomh Conaill.

Gaoth Dobhair, who mightn’t like it being said, were complacent and the difference between that second half showing and the first period of extra-time when they played like their lives depended on it proves that point.

However, the extra-time and significant improvement in their offering might work out to be for the best. Eamonn Collum had an eventful afternoon having scored three points in the first half before being hooked having almost picked up a second yellow, he returned for extra-time to score four points.

From eight down, Bundoran were held together with Sellotape, mainly with Gary Clancy’s impressive form in front of goal from placed balls. Only the lightest pulse that could be felt. Clancy scored 1-9 in all, 1-7 from frees and it was a goal from a free in the 60thminute, when he took a potshot at goal with half of Gaoth Dobhair on the line, that made Bundoran believe.

They were still three down though, as injury time was about to start. Gaoth Dobhair were stumbling. Firstly Clancy scored again, then Jamie Brennan popped over a monster and in the eighth minute of injury time Michael McEniff equalised – Gaoth Dobhair 2-12 Bundoran 1-15.

The stand in O’Donnell Park was rocking and Gaoth Dobhair mightn’t have appreciated a lot of referee James Connors’ persistent whistles, but would’ve been delighted to hear his final whistle. They were reeling. Bundoran came within inches of knocking them out.  Saved by bell perhaps.

Away beforehand, Bundoran started bravely, bringing the game to the Gaoth Dobhair and within eight minutes had fashioned a 0-3 to 0-1 lead for themselves with Clancy scoring twice at Timmy Govorov also knocking over.

Gaoth Dobhair’s opening score came from an unlikely source, Neil McGee, but the side from Magheragallon soon found something approaching their groove.

By the end of the first quarter, Bundoran were still giving as good as they were getting and the score was level at 0-5 to 0-5. Ethan Harkin, Kevin Cassidy and two Collum scores had added to McGee’s opening, while Michael McEniff and boomer from Jamie Brennan accounted for the Bundoran total by then.

On 16 minutes, captain Niall Friel was adjudged to have been taken down by Shane McGowan and from the resultant penalty, MacNiallais planted the ball high past Conor Carty in the Bundoran goal.

A second goal almost arrived in first half injury time when Cassidy swilled and was unlucky to see his shot drag right across the front of goal as Collum slid in at the back post but was just a second from a connection.

Gaoth Dobahir, although not entirely convincing, were 1-9 to 0-6 up at half-time with Collum having scored three times. However, in an off the ball incident late in the first half, he was spared a second yellow card by Connors and Mervyn O’Donnell hooked his corner-forward to be on the safe side at half-time. Collum hardly thought he’d be back.

Five minutes into the second half, MacNiallais was spot on once more. The centre-forward ran right at the Bundoran defence and was tripped by Niall Carr for a clear-cut penalty. MacNiallais went to his left – the opposite to his first penalty – to make it 2-9 to 0-8.

A succession of Clancy frees kept Bundoran chasing from about the six of seven-point mark, with Gavin McBride, who was Collum’s replacement, and Cassidy scoring at the River End of O’Donnell Park. Fifteen minutes from time and Gaoth Dobhair were 2-11 to 0-10 ahead. McGowan made a vital block at Michael Carroll’s feet to prevent a third Gaoth Dobhair goal. The lead went out to eight … And then came the sea change.

The match was broken up with constant frees and cards late on before the unlikeliest of finishes. Eamon McGee was sent off late on for picking up a second yellow but Gaoth Dobhair could bring up their quota to 15 for extra-time.

Manager Meyvyn O’Donnell brought Collum, Michael Carrol and Naoise O’Baoill back to start extra-time. Gaoth Dobhair were not in the form for continuing the party and scored six points in succession – with Collum posting four of those – to move 2-18 to 1-16 in front by the break.

Bundoran were tiring and did look out of it again. Tommoy Hourihane did punch home a goal in the dying embers, now 77 minutes in, to give them some sort of hope and Paul Brennan was given a straight red card for a strike on Gary McFadden. Then, it finally ended.

Bundoran can pick themselves up with a reminder of just how much they have improved in the last 12 months.

In the end, Gaoth Dobhair had prospered again in extra-time just when they were in the ropes at full-time. They’re still in there fighting and will be a better side for it.