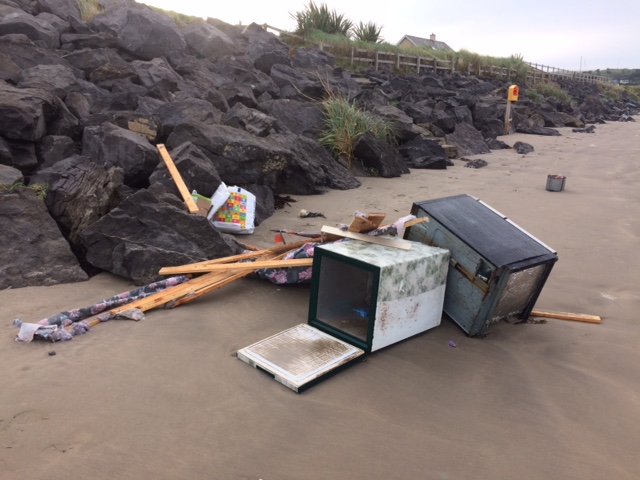 A large-scale illegal dump on a popular Donegal beach has sparked calls for the community to take action against the issue.

Walkers at Rossnowlagh Beach were met with a large pile of domestic waste during the weekend. Items discarded included furniture, DIY materials and general waste.

A man, who wanted to remain anonymous, says the alleged incident happened on Sunday night. 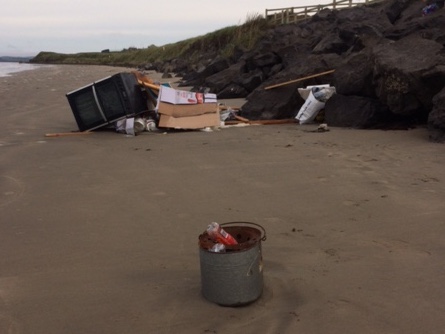 The act has been described as ‘blatant’ by Cllr Barry Sweeney, who said those responsible ‘dumped the items expecting people to clean up after them’.

The incident comes ahead of beach clean-up in the area tomorrow (Tuesday).

Speaking to Donegal Daily, the south Donegal Councillor said it was ‘utterly ridiculous’ that people continued to do this.

He said: “Tomorrow there is an organised clean-up on the beach so I would nearly question the timing of this incident.

“It looks like someone already knew that there would be a clean-up taking place on Tuesday and they have took it upon themselves to dump whatever they want with the expectations that someone will clean it up after them.

“It is ignorant, and this stuff is being left to be taken out by the next tide and be washed up along the coastline somewhere else.” 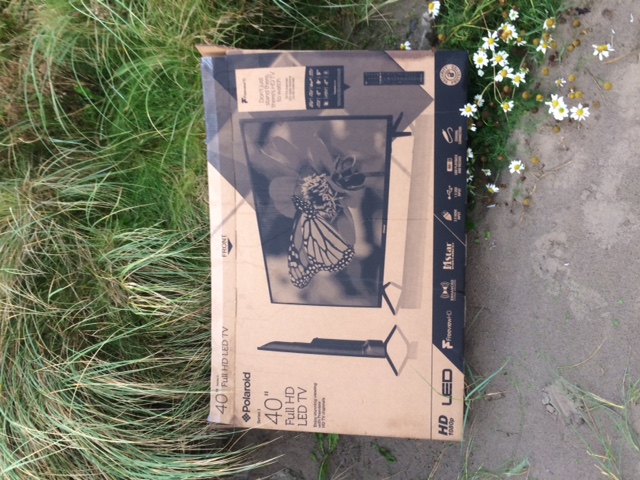 “There is so much awareness out there now about ocean pollution and I really comprehend people doing that,” Sweeney continued.

“They are destroying their own area and beautiful coastline,” he added.

“When you’ve got so many brilliant Tidy Town initiatives throughout the county now, it is a real shame that people continue to carry out these actions and I would urge them to stop.”