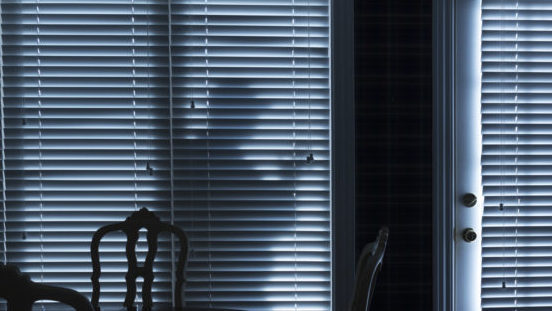 A Donegal mother-of-two has told of the panic in her daughter’s voice after she had spotted a man trying to gain access to their home in the early hours of yesterday morning.

Ursula Quigley-Moore, who lives in The Beeches area of Ballybofey, told Donegal Daily how her 16-year-old daughter panicked when she saw a ‘hooded man’ lurking in the garden.

Quigley-Moore said: “My daughter came home at around 2.30 am as she was at an Irish Dancing party in Harvey’s Point.

“She wasn’t in her room five minutes when she came running into my room in a panic saying there was a man in a black hoody lurking in our front garden looking up at the bedroom windows.

“I looked out and he was still there standing in the middle of the garden. We knocked on the window to let him know we could see him and he started to walk away.”

She explained that neighbours revealed to her the following morning that the man had attempted to secure entry into several properties in the estate before having one final attempt at the Quigley-Moore residence.

“After that, we could hear a lot of commotion outside. We looked out again and the guards had arrived into the cul de sac.

“They called into our house to make sure everyone was ok,” she added.

“Yesterday we got an updated story on events. Our neighbour and her boyfriend got home from a night out just after my daughter got home.

“They saw the offender coming from the side of my house and they shouted to him what he was doing. He continued to hide behind the bushes in my garden and my neighbour’s boyfriend came over to confront him and see what he was at.

“He then chased my neighbours into their house and starting banging on their door and shouting at them.

“At this stage, they rang the guards who arrived at the scene promptly, chased the assailant, caught him and arrested him.

“Apparently he had been across the road at my other neighbour’s house who also saw him and knocked out at him and then he proceeded to check my house.”

It is understood that a chase ensued when Gardai arrived at the scene at which point the man tried to flee.

“At this stage, the guards arrived at the scene promptly, chased the man, caught him and arrested him.

“Nobody likes to hear their daughter in a panic at any time of the day but in the early hours of the morning your stomach just lurches.

“Her voice was between a cry and pure panic,” the Donegal mother explained.

“When she said he was looking up at the windows and just lurking in the garden with a hoody up I knew he was up to no good.

“I felt relieved when he was arrested and then angry the next day thinking how dare someone violate our privacy as we sleep.

“We try to build a nice environment for our children in a nice estate and try to give them nice things for some low life to come in and take it all away.”