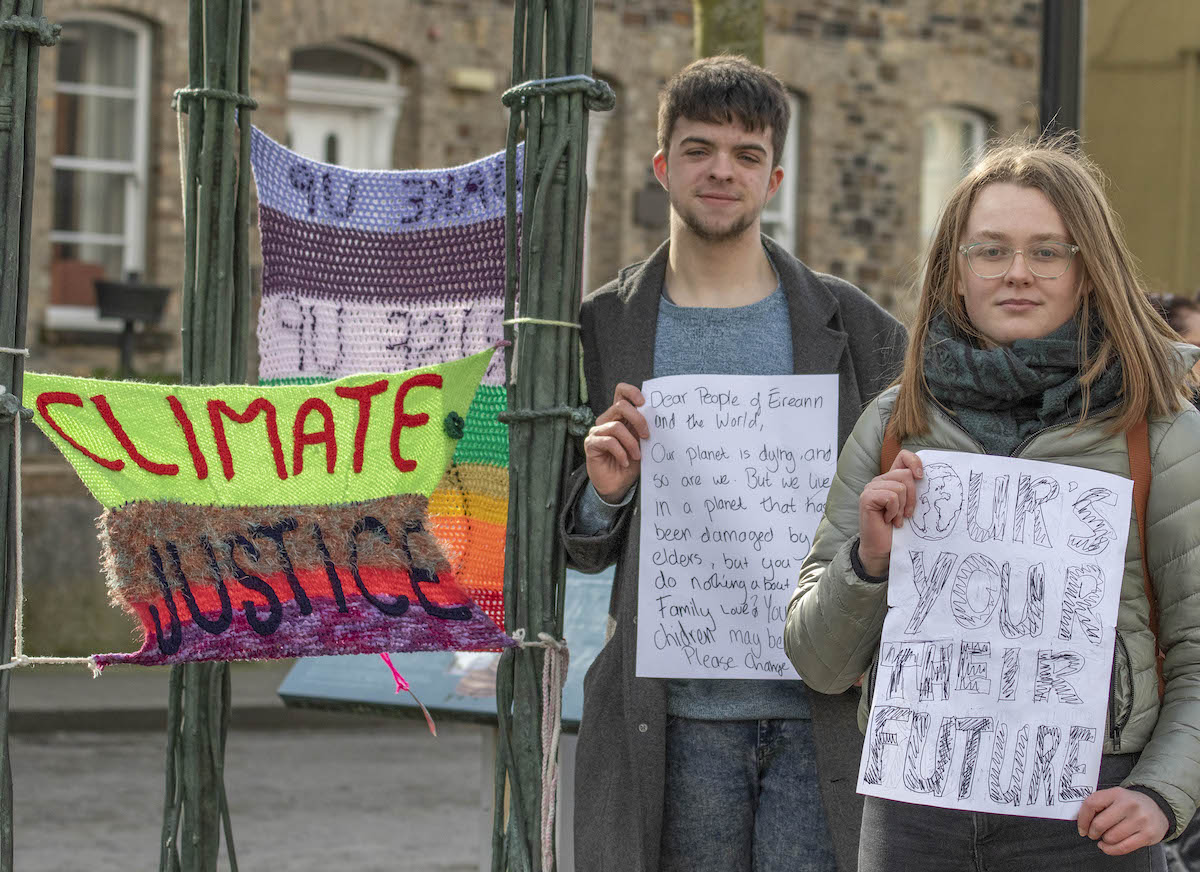 Young campaigners of Donegal have been commended for their efforts in striking for climate change earlier this month.

Thousands of Donegal students left their classrooms on Friday 20th September to highlight the climate emergency. Through strikes and social media, they called on the government to take urgent action to prevent climate breakdown and ensure a just and sustainable future.

Climate change, Cllr Murray said, is the biggest challenge of our generation.

He expressed his views that carbon tax is a retrograde step and said that the council should be encouraging more offshore wind energy rather than controversial wind farms.

The motion comes as the council considers a draft Climate Change Adaptation Strategy for the next five years. The 100-page draft strategy sets out a framework of actions and measures that Donegal County Council proposes to undertake to further embed climate adaptation into all local authority areas of responsibility and to assist communities in adapting to climate change.