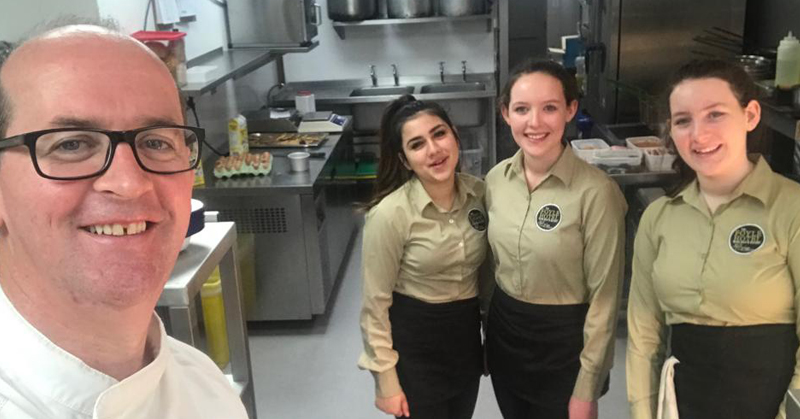 Chef Brian and family open their home to a special visitor – and TV cameras!

Donegal Chef Brian McDermott and his family have revealed that they will be starring in a heartwarming TV programme which will air on RTE One in two week’s time.

Chef Brian of The Foyle Hotel Moville is used to being in front of the cameras in his TV cooking demonstrations and as a local food ambassador.

But this time, the entire McDermott family have opened their home up to RTE crews for an appearance in Raised by the Village.

The reality series sees city teenagers moving out to the Irish countryside to get a good healthy dose of rural life.

On Sunday 13th October, we will see 14-year-old Dublin girl Amber leaving her social-media obsessed world to visit Moville and stay with Brian, his wife Brenda and their teenage daughters Niamh and Aoife. 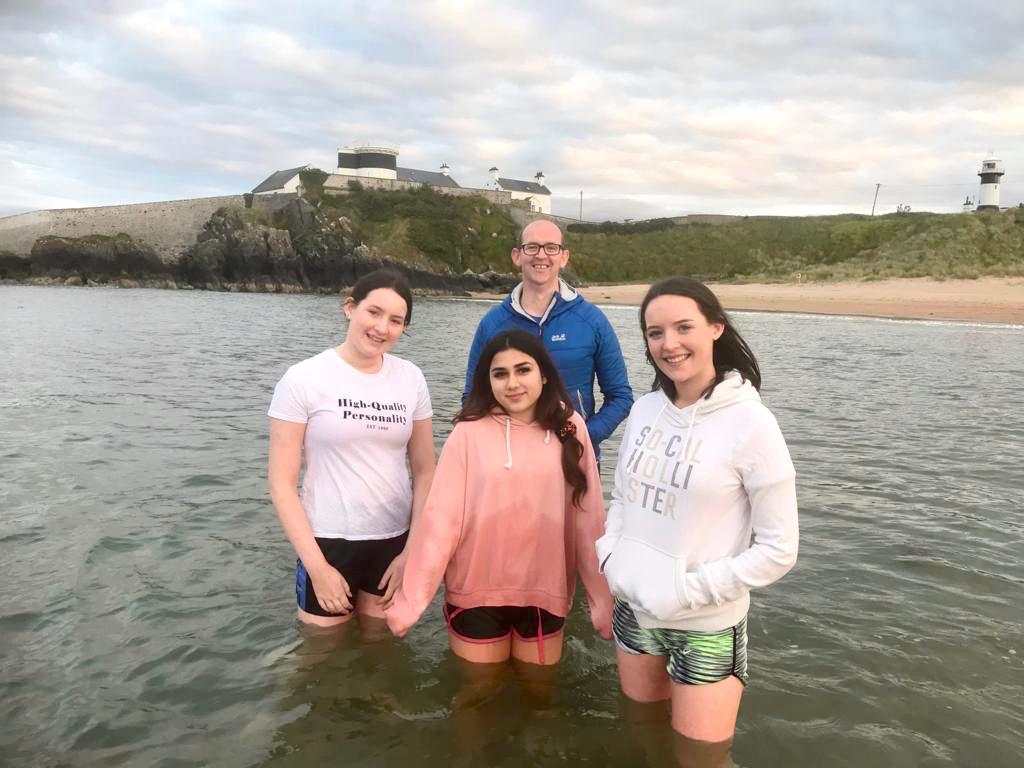 Amber’s social media obsession was causing her serious problems. She could spend up to 18 hours a day on her phone, scrolling through Instagram and comparing herself to online images of perfection. Amber’s mum was worried about seeing her once bubbly daughter become sullen and withdrawn, so she decided to send her to the village to hopefully learn how to reconnect with her true self.

The McDermotts welcomed Amber with open arms when the episode was filmed in June. She spent a busy, phone-free week with the family enjoying the great Donegal seaside and getting hands-on in the Foyle Hotel kitchen. 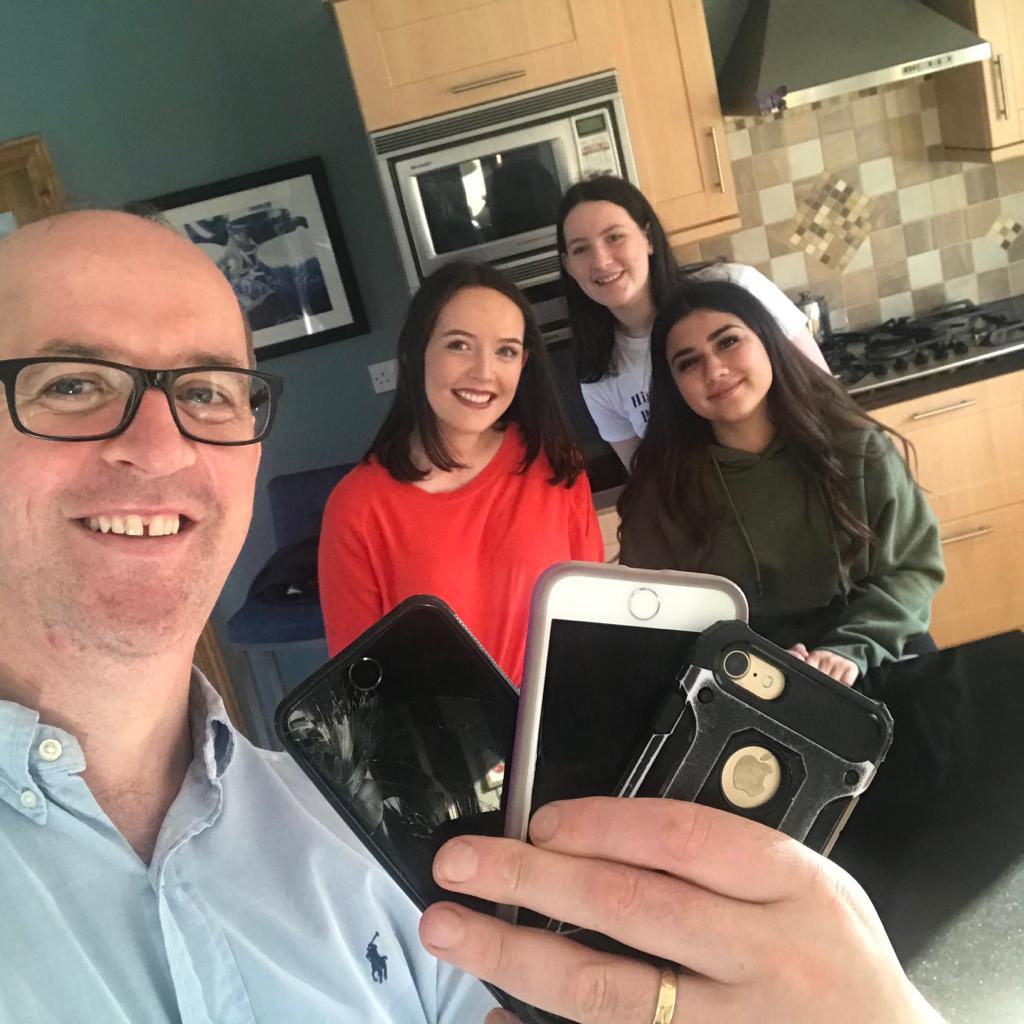 No phones! Chef Brian McDermott with his daughters Niamh and Aoife and Amber from Dublin during the filming of Raised by the Village. Photo: Brian McDermott

Niamh and Aoife know all about the value of part-time jobs and spend their summers working in all aspects of the family hotel. In the show, Amber joins the girls at work to get an eye-opening experience of hospitality, cooking and of life without a phone. 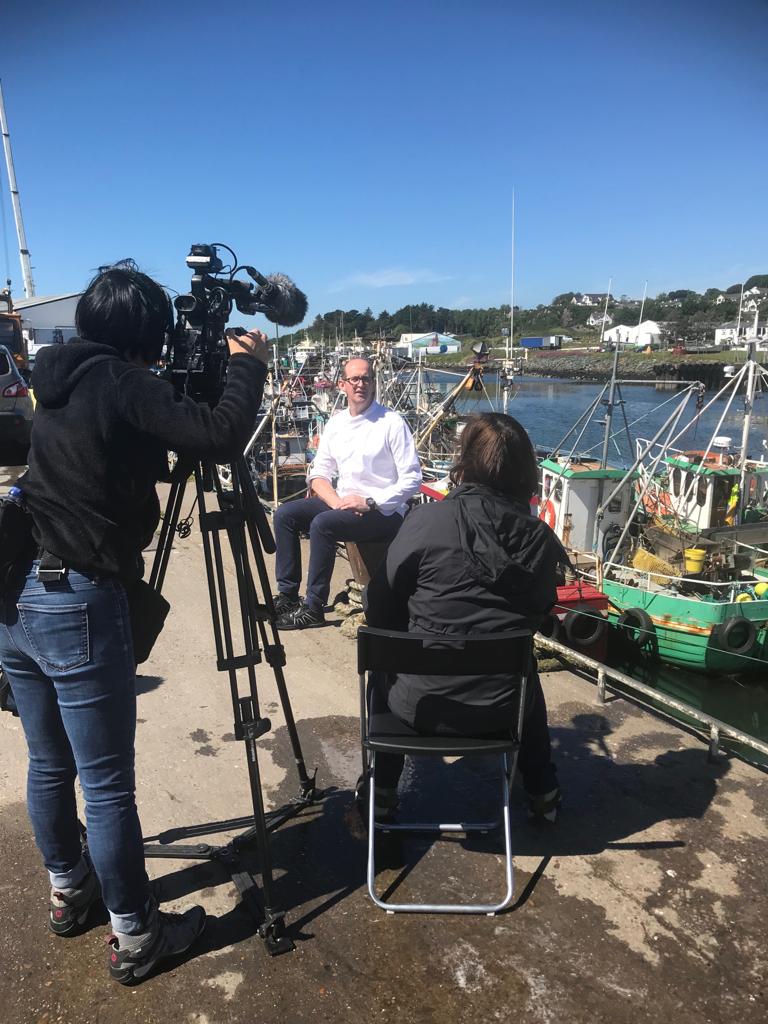 Looking ahead to the programme air date, Chef Brian McDermott said it was a great experience for his family to host Amber and take part in the show.

“It was a heart-warming experience and it benefitted us and Amber. She left us happy and said it really changed her,” he said.

Watch Raised By the Village on RTE One on Sunday 13th October at 6.30pm.