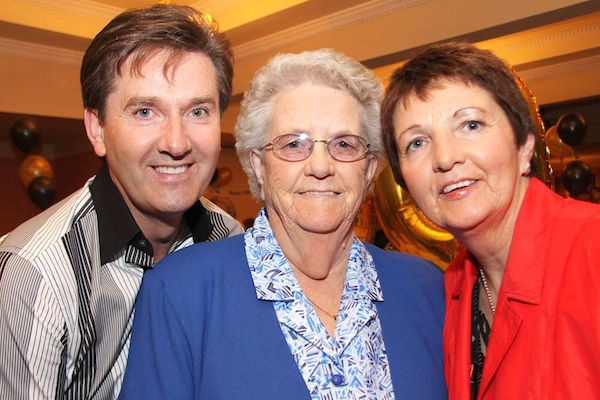 Country singer Margo has revealed how there is ‘nothing wrong’ after saying she hasn’t spoken to her brother Daniel O’Donnell in several years.

The Donegal singer revealed the sad state of affairs between herself and Daniel in an interview with the Irish Sun.

Margo revealed the last time she spoke with her younger brother was at their mother’s funeral in May, 2014.

“I am in touch with him. When our mother passed away, she was 94, things happen in a family so there was a bit of upset but Daniel and I are fine now.”

The Queen of country music, who is selling out venues around Ireland as she approaches a sensational 55 years in the music industry, says she has always been proud of her younger brother as she watched him grow into the  ‘wonderful entertainer’ we know today,

“Daniel is the youngest in our family and he is ten years younger than me. He would see me coming in on a Monday morning after gigs and he said to me once ‘ Margaret, I could never do what you are doing.’ If he came to a show with my mother, I would get him up to sing and he always sang a Philomena Begley song, he loved her.

“Then he went on to go to college in Galway and the first Christmas he was there I went to visit him and he said to me ‘ I am not coming back here after Christmas, I just want to sing’ so I talked it over with mam. I had a guitar and I took him into the band and gave him the guitar which he never really played, but he learned his craft by watching.”

Margo O’Donnell – ‘There was a bit of upset but Daniel and I are fine now’ was last modified: October 2nd, 2019 by Staff Writer
FacebookTweetLinkedInPrint