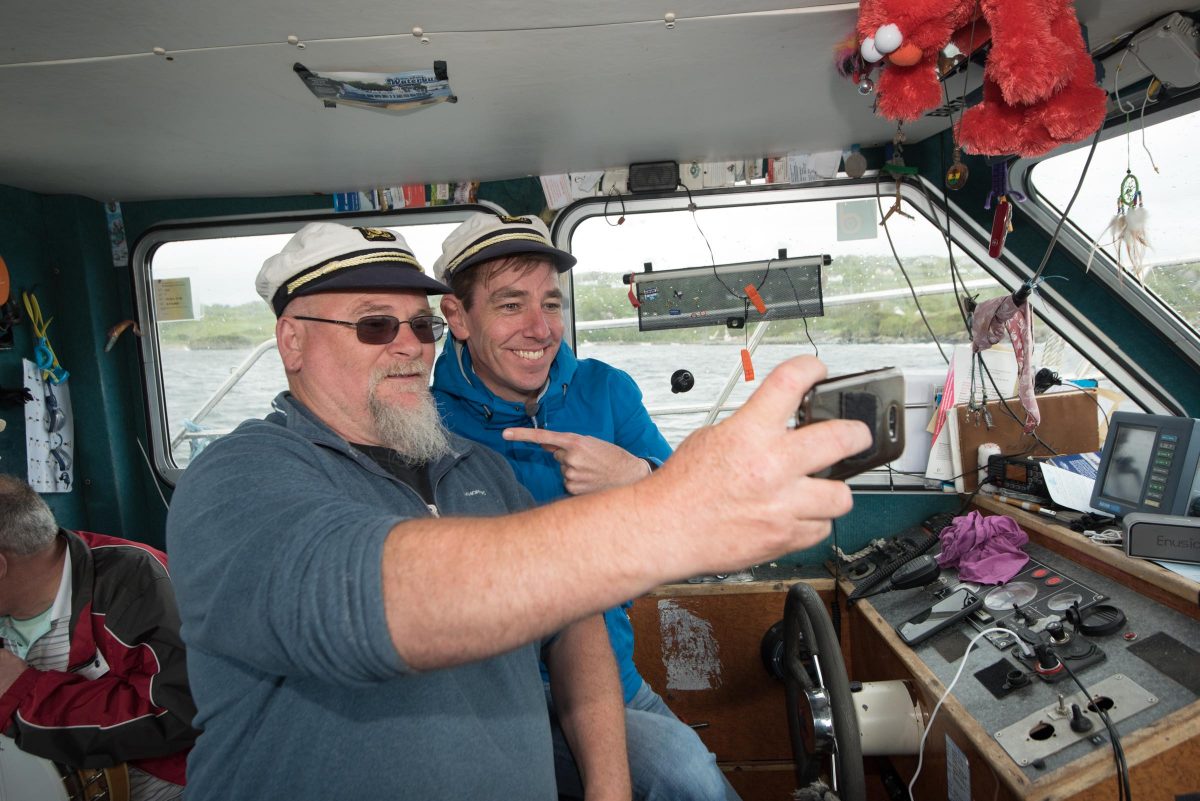 Ryan Tubridy reveals why he just loves all about Donegal

He gets to Donegal as often as he can and it’s obvious he loves us up here!

Here RTE presenter and Late Late Show host Ryan Tubridy reveals why he loves Donegal and his many favourite places.

“The rough diamond of Ireland’s northwest, Donegal is a place so unspoilt and untamed that it quite literally puts the ‘wild’ in Wild Atlantic Way.

“It is a destination that I’ve visited many a time with the Ryan Tubridy Show but never grow tired of. The jagged coastline, the remote mountain passes and the shimmering beaches entice me back time and again, as does the warm hospitality of the locals.

“Earlier this summer, I stopped off in Donegal during my annual Wild Atlantic Way road-trip and was once again bowled over by the natural beauty of this place. If you’re looking for an unforgettable short break away this autumn, look no further. Here are my top tips when visiting Donegal…

Living on the edge

Not to be missed on a trip to Donegal, Sliabh Liag (Slieve League), is perhaps one of the most spectacular sights to behold in all of Ireland. Among the highest and finest marine cliffs in Europe, they tower some 2000ft above the swirling ocean. That’s nearly three times the height of the Cliffs of Moher!

To get the full experience of the area, it’s best to leave the car in the car park and walk the last few kilometers. If you’re looking for a little extra motivation to make the trek, there’s a little ice-cream van at the starting point, complete with a chalkboard menu of delights.

As you climb, you’ll be rewarded with uninterrupted views of the vast Atlantic Ocean, Donegal Bay and the Sligo Mountains. The panorama is mesmerising at any time but the autumn colours make it a sight to behold this time of year.

Another way to experience Sliabh Liag is from the bottom up, by taking a boat trip. Dolphins, whales, seals and a wide range of bird life can be spotted as you make your way around the jagged coastline. Sliabh Liag Boat Trips operate from April to October with several sailings times per day.

Whether you walk or sail to see Sliabh Liag, you’re likely to work up a hunger. The Rusty Mackrel in Teelin is the place to go for a scrumptious meal and well-earned pint. Fish caught at night by local fishermen are delivered fresh to the restaurant every morning for the day’s diners. You can’t beat that!

Another local treasure when it comes to fresh caught fare is the Seafood Shack in Killybegs located by the harbour on Shore Road. This roadside stand fries up the day’s catch right opposite the fishing boats that caught the haddock, cod and scampi. Their seafood chowder is award-winning and will warm you from within.

Donegal town has many attractions but the most famed of them all is Donegal Castle, also known as O’Donnell’s Castle. This place has a fascinating history, which you can learn more about during a guided tour.

The O’Donnells, one of the last old gaelic cheiftians to rebel against British rule in Ireland, built the castle in 1474.Inside the castle walls you’ll find many of the original features have been carefully restored and traditional furnishings like Persian rugs and French tapestries still intact.

Tours of the castle run daily and take about 30 minutes.

Step back in time

For a hands-on cultural experience, Glencolmcille Folk Village offers visitors a glimpse of bygone lifestyle. This living museum consists of a group of small cottages that have been reconstructed as replicas of the historic homes in the area during the 18th, 19th and 20th centuries.

It’s an idyllic little place that will have you longing for a far simpler time. Wander through the traditional thatched grocer-pub, explore the shoemakers shop and peek inside the fisherman’s cottage.

While in Glencolmcille, take the opportunity to enjoy the nearby surrounds. Enjoy a sunset stroll on Dooey Beach or Silver Strand or if you’re feeling particularly active, walk Glencolmcille Towner Loop and soak in the rustic rural scenery.

While my adventures in Donegal this summer were about exploring the south of the county, I have some favourite spots up north that are also among my must-visits.

Inishowen Peninsula, the largest peninsula in the country, is a wild and windswept place of beauty. At the tip is Malin Head, Ireland’s most northerly point and the start of the Wild Atlantic Way coastal route. There’s something rather ‘otherworldly’ about this place with its dramatic landscapes and jaw-dropping views. It is no wonder the crew from Star Wars scouted it as one of their locations for Episode VIII.

Across the crashing North Atlantic waves from Malin Head is Fanad Head Lighthouse, regarded as one of the most beautiful lighthouses of the world.

Blessed with both natural beauty and cultural heritage, Donegal is the perfect destination for an autumn adventure. So don’t wait! Pack up the family and jump in the car — Donegal and the Wild Atlantic Way await.

For more inspiration to plan your next trip to the Wild Atlantic Way visit: www.wildatlanticway.com.