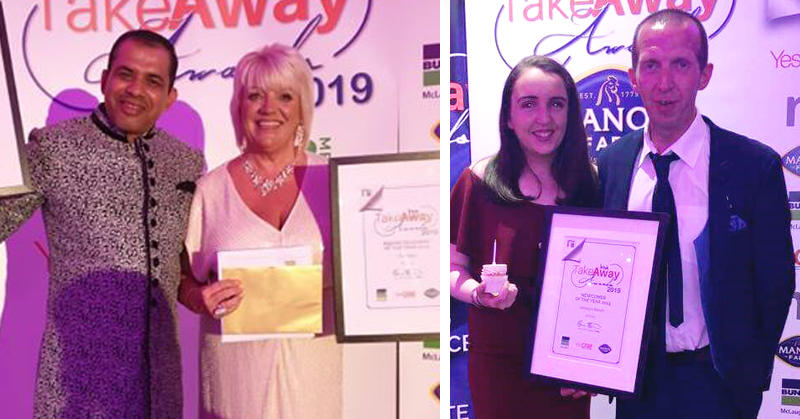 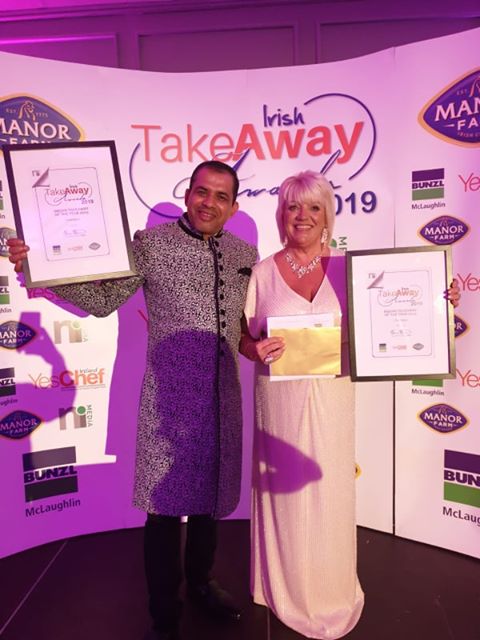 Rana and Susan Miah from Chandpur at the Irish Takeaway Awards

“We were overwhelmed to win Best Indian Takeaway All-Ireland and Ulster and I got Best Dressed Lady so it was a hat trick for Chandpur! We hope we can carry on the success for the other awards coming up too,” Susan said.

On their first birthday, Johnny’s Ranch became the Newcomer of the Year 2019. In just one year, the Ramelton food truck has already picked up the Best Burger in Ulster award, best Independent Takeaway in Ulster and was listed on the 20 best food trucks and trailers for 2019 by the Sunday Independent. 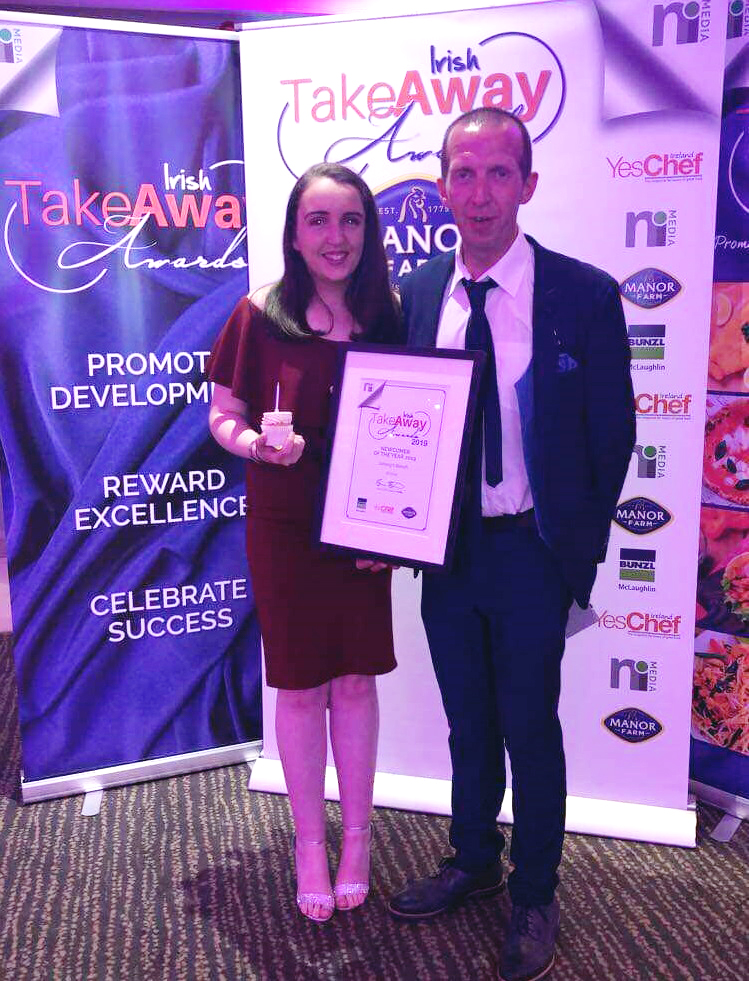 250 people gathered at the Radisson Blu Hotel Athlone on Monday to celebrate the awards honouring the best of the food to go industry. The awards were hosted by the publishers of YesChef magazine.