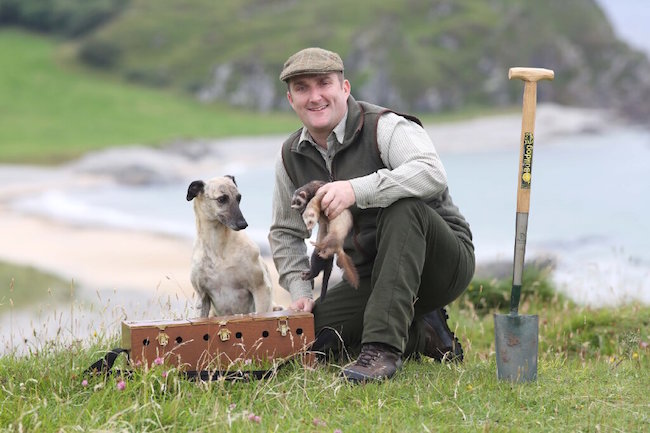 The Inishowen Rabbit Catcher snares a new audience after documentary!

Produced by Northern Ireland company, Westway productions, the producers behind the fantastic Lesser Spotted Ulster presented by Joe Mahon, who is no stranger to our screens, the documentary was received fantastically well by the public.

The programme followed Steven as he went about his daily work as a Rabbit controller and highlighted the traditional methods he uses and how everything goes back into the food chain.

Steven discusses his work and life in depth and his disdain for the modern method of gassing rabbits, preferring instead the traditional methods used for centuries which are humane and environmentally friendly. Carndonagh veterinary surgeon, Anne Scott makes an appearance in the programme as well as Steven takes his dog Fudge for a check up at her surgery.

Speaking on the documentary Steven said the film has gone down really well.

“Working with the Westway team and Joe Mahon was a great experience, it gave me a great opportunity to show Country Sports in its true light and it has been received incredibly well.

“My aim from the start was for our sports to be shown as they are and not how they are perceived, and I think the team did an outstanding job.

“I received many, many messages of support from both inside the country sports community and well beyond, it has been truly amazing”.

The programme is still available to view on BBC Iplayer for the next 30 days.