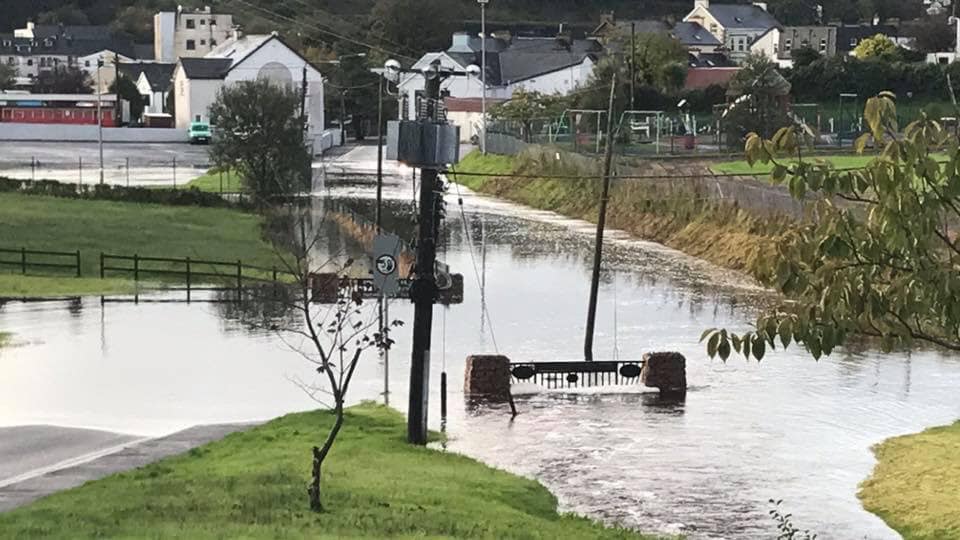 Emergency services are bracing for more flooding in Donegal Town this morning when the River Eske reaches high tide.

Homes and businesses have been damaged by floodwater following heavy rain fall at the end of Storm Lorenzo.

Up to 50mm of rainfall was dumped on South Donegal during the early hours of the morning.

However, the River Eske has not yet reached high tide. With high volumes of water in the river this morning, there is a risk that high tide will bring further flooding at 10.30am.

The local fire service was dispatched to the scene early this morning along with Donegal Civil Defence. Emergency operations are underway, with seven fire units and two high-volume water pumping units in use.

New Row, the Quay Car Park, the Old Laghey Road, Brookfield Manor and Clarendon Drive are all badly affected by the floods.

Donegal County Council has deployed staff to the area to give out sandbags and deal with affected roads. The council has thanked the local community for their assistance and support during this flooding event.

There has also been substantial flooding in Bundoran, Frosses and Laghey.

Donegal County Council can be contacted during normal business hours on 074 91 53900 and in the event of an out of hours emergency the Council’s Road Service can be contacted on 074 91 72288.  For emergencies requiring the assistance of the Fire Service call 999 or 112.