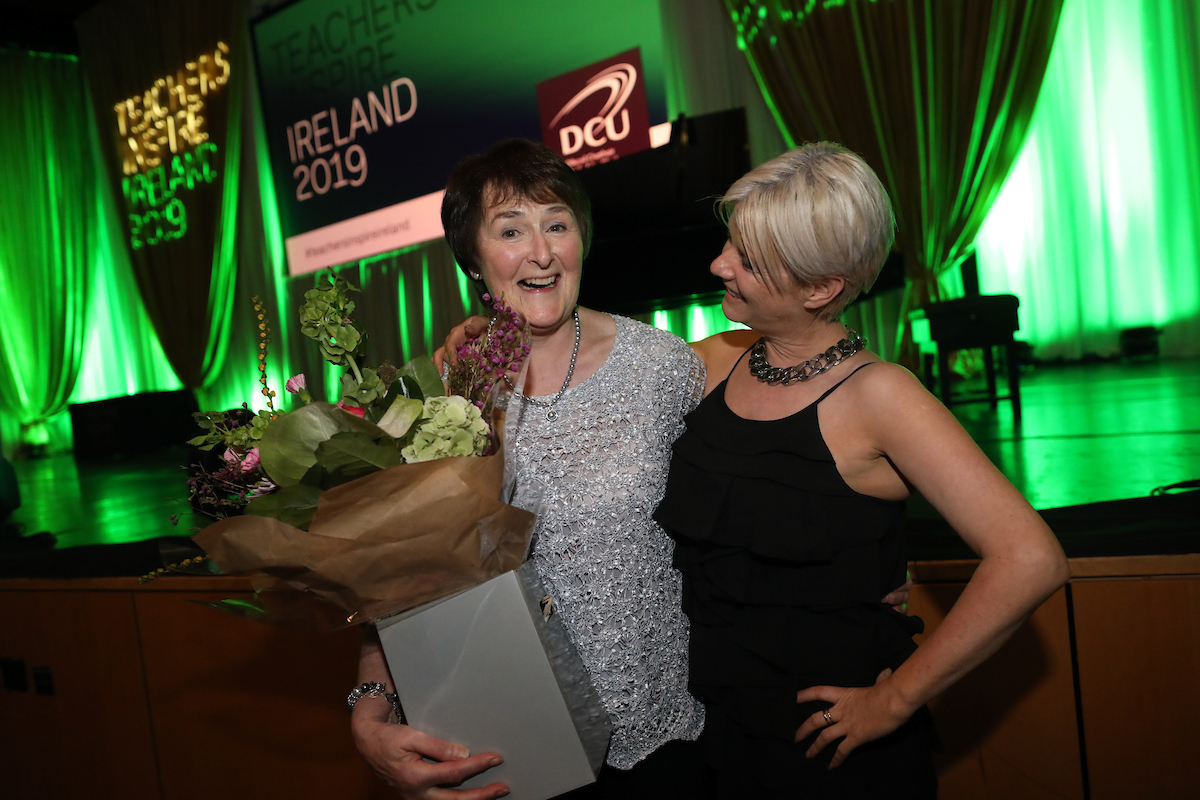 Dunfanaghy native Nora Duffy was named as one of Ireland’s most inspiring teachers at the Teachers Inspire Ireland gala event at the Helix in Dublin City University (DCU) last night (Friday).

Ms. Duffy moved from Donegal to teach at St. Joseph’s Co-Educational National School on the East Wall Road in Dublin in the 1960s.  At last night’s event, she scooped the Teachers Inspire Ireland Desmond Award for Leinster, fending off stiff competition from teachers across the province.

The President of DCU, Professor Brian MacCraith; Dr. Anne Looney, Dean of DCU’s Institute of Education; and businessman and philanthropist Dermot Desmond, who generously supported the Teachers Inspire Ireland initiative, made the presentations to the awardees at a gala ceremony hosted by RTÉ broadcaster Miriam O’Callaghan.

Speaking at the event, the President of DCU, Professor Brian MacCraith, said: “The motivation behind Teachers Inspire was to create a platform that would highlight the work of our exceptional teachers, and give them the validation and recognition they deserve. I am delighted to say that this idea has truly captured the public’s imagination. We have received hundreds of nominations and heard incredible stories of teachers who have gone above and beyond for their students and their communities.”

He continued: “The nominations highlighted teachers dealing with issues such as homelessness, mental health, immigration, unplanned pregnancies, gender identity support, community regeneration, and climate change.  They were submitted by schoolchildren, parents, and people whose school days are long behind them but who remember their teachers with great fondness and gratitude.

“I congratulate Nora, and all the teachers recognised and celebrated at the gala event.  Their awards are hugely well deserved.”