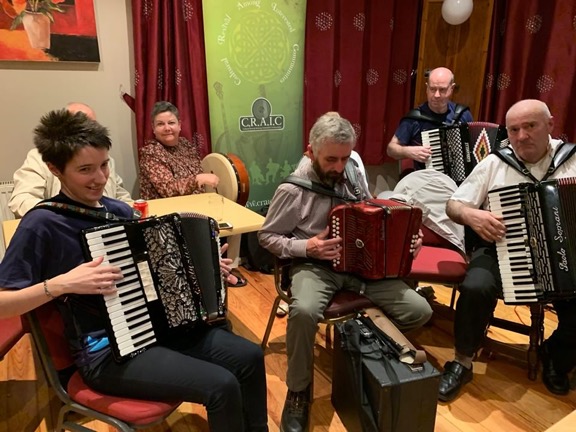 The monthly series events presented by a newly elected committee of CRAIC (Cultural Revival Amongst Interested Communities) is well underway with a change of emphasis from the traditional pub session to a more interesting and wider variety of events.

The latest in the series of monthly events was the innovative “Big Squeeze” night in aid of Alzheimer’s at Maggies Tavern Carrickmore near St Johnstone.

The concert featured squeezable instruments including uilleann pipes, highland bagpipes, and button and piano accordions from near and as far away as Sligo. 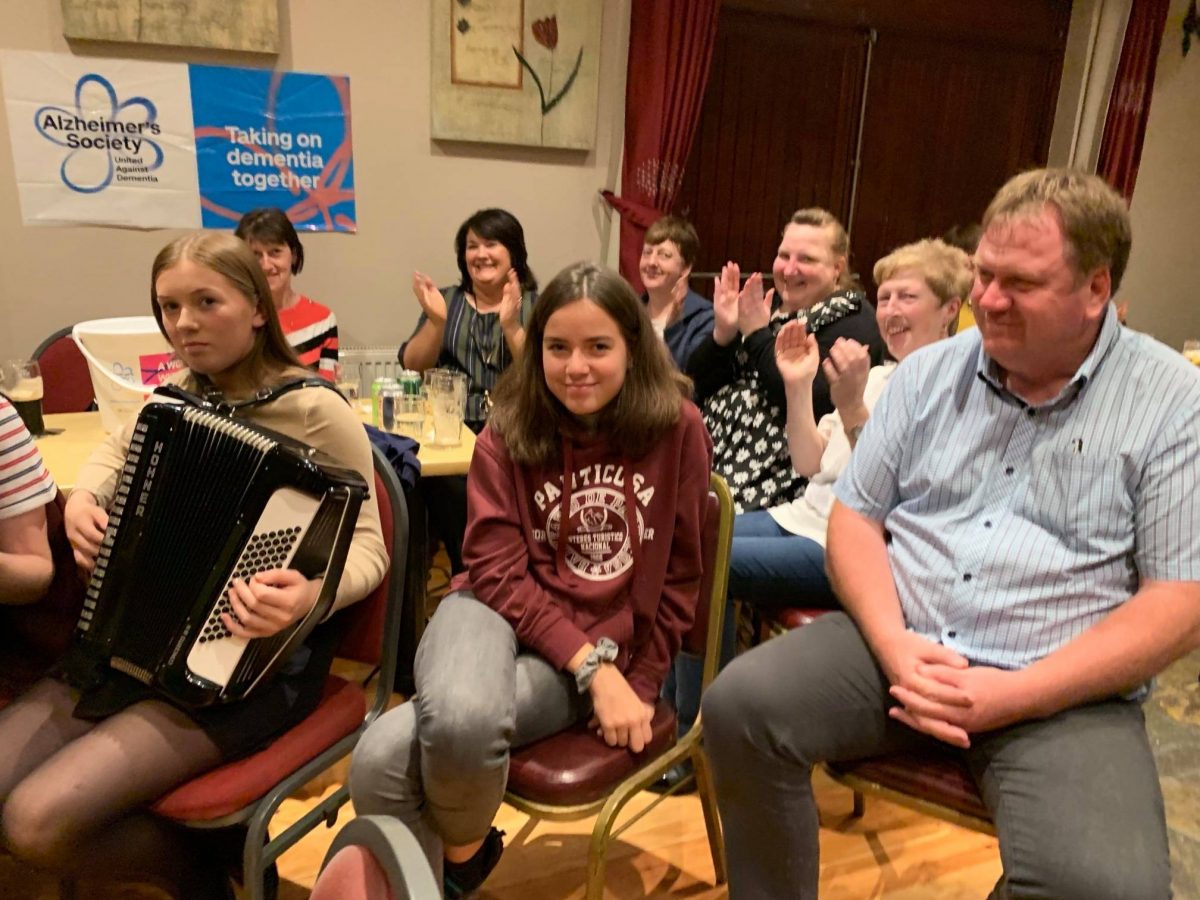 A total of £360 was raised on the night for Alzheimer’s.

This proved a great opportunity for musicians to perform a variety of traditional music and music from all over the world as solo and duet performances.

Following the concert was the big squeeze session with 18 musicians taking part in entertaining the crowd until closing.