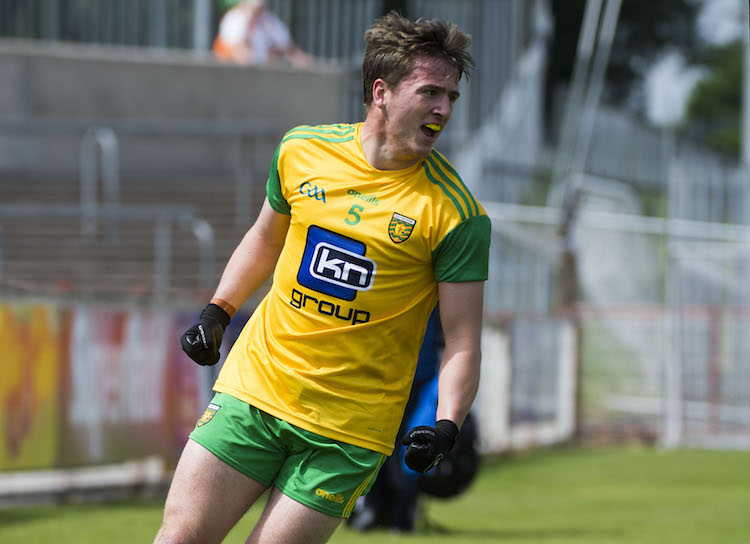 ST NAUL’S held on in the face of a sturdy comeback from Naomh Bríd, who played the last ten minutes with 14 men, to reach the Intermediate final.

When Tomas Gallagher was sent off, Naomh Brid were three behind.

They hit back with a late burst as Callum Gallagher and Eoin Rush took them to within a point, but St Naul’s held on to book a place in the final for the second time in three years.

St Naul’s, after being level at half-time, had a great start to the second half. Ten minutes after the re-start, Michael Coughlan clipped in a goal for the Mountcharles men to open up a six-point (1-7 to 0-4) lead.

From there to the finish, Barry Meehan’s men only hit two points and Naomh Bríd will be feeling a lot of regret as a comeback fell just shy of toppling the pre-match favourites.

Peadar Mogan (pictured) made the play for the St Naul’s goal as he fed Coughlan to net.

Sam Burgess fired in a goal for Naomh Bríd and St Naul’s, just, hung on to reach the final.