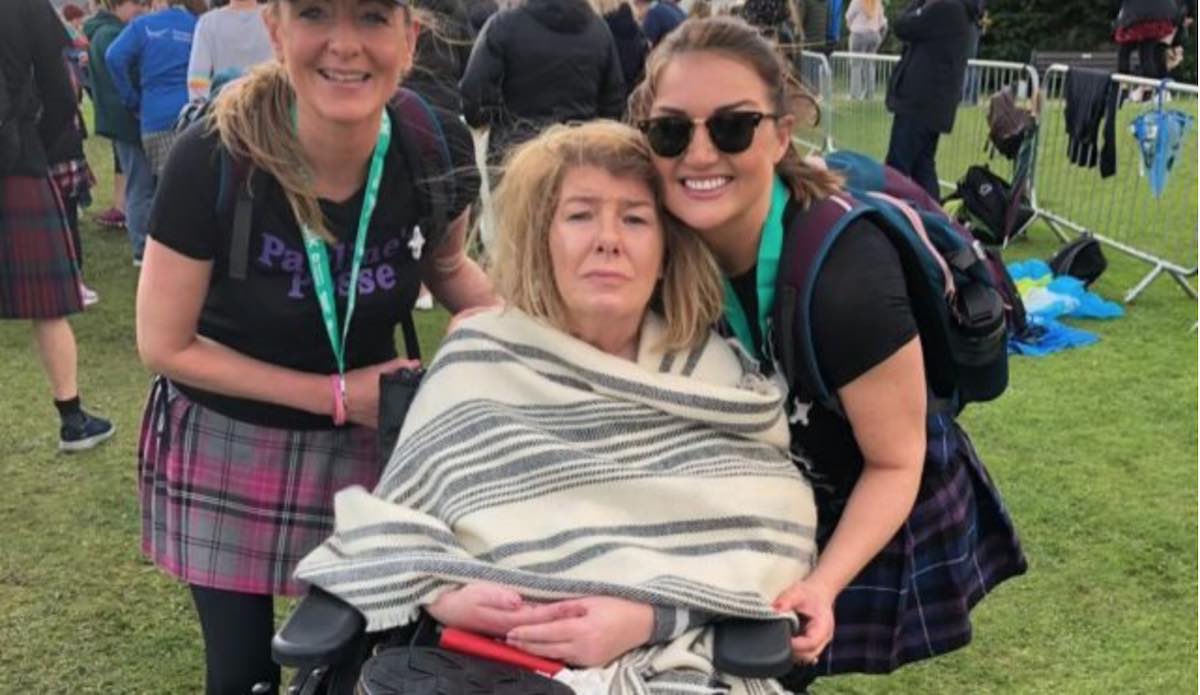 Fundraising friends Orlaith McKinley and Tracey McCallum helped raise thousands for Culdaff’s Hoist Away after their friend stayed in the holiday cabin over the summer.

The unique venture started after Una McGinley and her wife Patricia Strain decided to build a cabin fully equipped with hoists, airflow mattresses, a shower trolley and other facilities so that other families can enjoy a break away by the sea.

Patricia has MS and needs a hoist on a daily basis. So when a spot of land came up for sale next to their site, the couple decided to buy it.

The project was started after the couple realised there was no place in Ireland where a family with someone who needs a hoist on a daily basis can book in for a holiday with their family and so families are often separated.

Pauline McKinney, who has Carndonagh connections through her father, spent a week in the cabin over the summer with her family after travelling from Glasgow.

Seeing the benefit their friend got from the venture, McKinney’s two friends McKinley (Belfast) and McCallum (Glasgow) helped raise more than €8,000.

The idea sparked into life when McCallum had a look at Hoist Away’s Facebook Page and saw that they were asking for 90 people to raise 1,000 euro each.

From here, the idea snowballed as the pairing took part in the kiltwalk challenge – walking from 26 miles from St Andrews in Scotland to Monifieth.

The Inishowen initiative is currently raising money in order to build a second Cabin, with €90,000 needed to make the idea a reality.