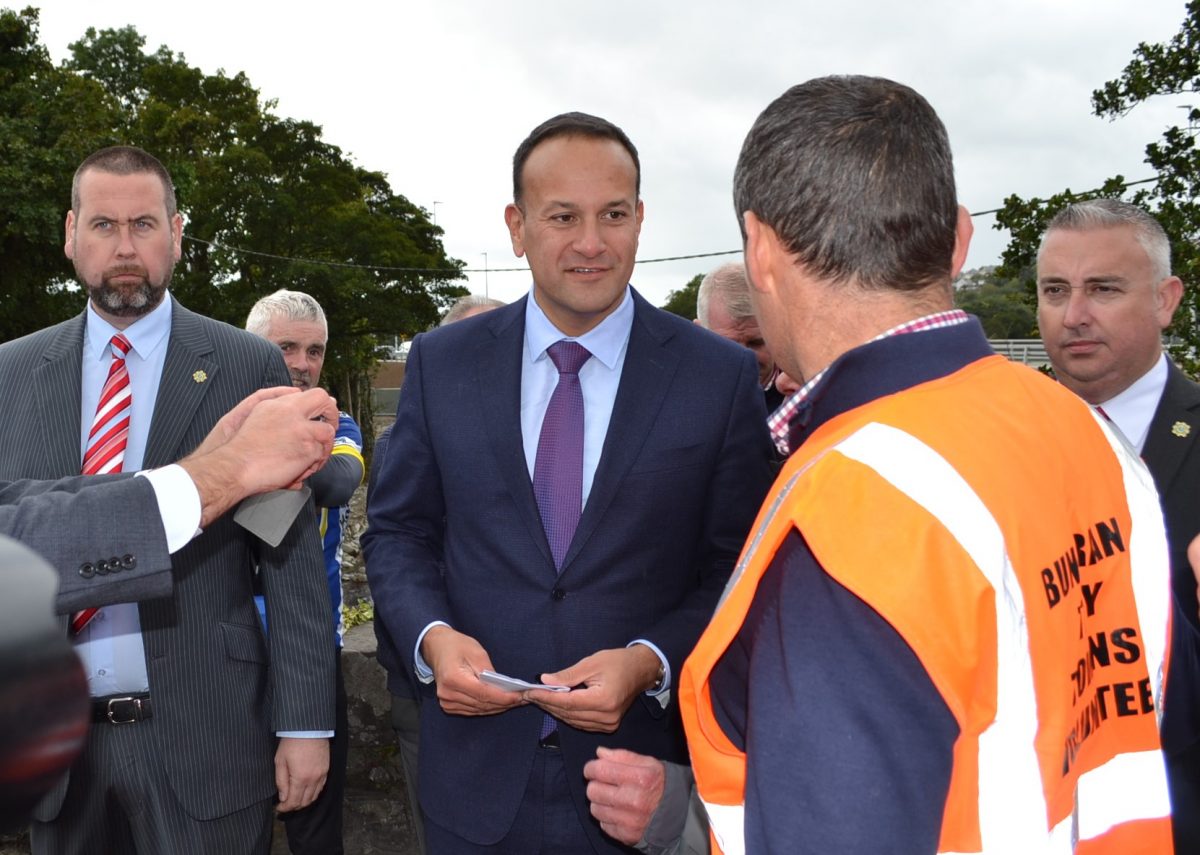 Leo Varadkar has said he believes a Brexit deal is still possible, but that the PM’s current proposals do not “form the basis for deeper negotiations”.

The Taoiseach last night revealed that he is trying to arrange a meeting with the UK Prime Minister next week in a bid to reach an agreement that will prevent a crash-out Brexit.

Speaking at the Fine Gael Presidential dinner at the Ballsbridge hotel in Dublin, Varadkar said a deal is still possible before the EU leaders meet for a summit on the 17th of October.

He said: “I think a deal is still possible. It is possible at the European Council Summit in two week’s time.

“But the current position as of today is the Europea Union including Ireland doesnt think that the proposals put forward by Prime Minister Johnson yet form the basis for deeper negotiations but there is plenty of time for the UK government to put forward further proposals.

“We’re in the process of trying to arrange a meeting between me and Prime Minister Johnson next week.”

The Taoiseach refused to set a deadline for new UK proposals but confessed that submissions as late as the Tuesday before the EU Summit would be cutting it tight.