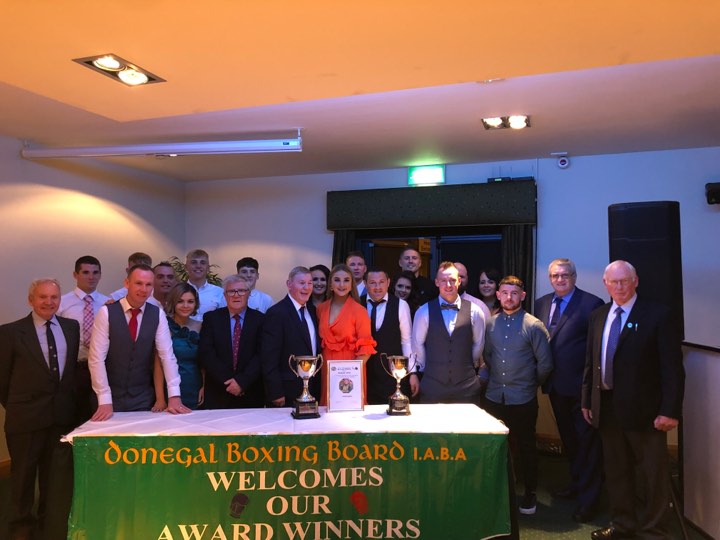 Raphoe ABC select looks to slay the ‘Tigers’ in Hull

A RAPHOE Boxing Club Select travels to Hull on this week to face highly-rated St Paul’s on Saturday evening.

A big night of boxing takes place in the Kingston Suite of the KC Stadium, home of Hull City.

In the headline event on the night, current Elite champion Kieran Molloy, of the Oughterard BC in Galway locks horns with Yorkshire’s hottest amateur boxing property Harvey Lamber.

It is a contest that has the making of an explosive showdown that could go right down to the wire – or may not go the scheduled distance.

The Donegal puncher is on a roll at the moment as he’s won seven of his last eight outings.

Raphoe’s former flamboyant lightweight star Dennis Lafferty, who now runs Donegal’s newest club, Lifford ABC, will come up against rugged St Paul’s southpaw Naseem Stowell at 64kg in a contest that has the makings of an edge-of-the-seat bout.

Tyrone’s jovial Jude Gallagher has been matched with Hull’s rising star Blaine Lambert and the Two Castles flyweight, who has 10 national titles and is a former World and European Youth bronze medallist, will be looking to get back to winning ways after his untimely exit at the European Youths in Bulgaria this summer.

Raphoe’s Aaron McDaid, Daire Feeney and Tom Doherty face stiff opposition and Derry’s National Youth champion Ethan McCaul (St Joseph’s BC) is paired with former British schoolboy champion Teddy Jackson in what could be a mouth-watering inside the distance battle as both boxers carry fistfuls of power.

Meantime, Cookstowns livewire Teo Alin will have to pull out all the stops to dispose of the granite-jawed Leon Moulds in the lightweight division.