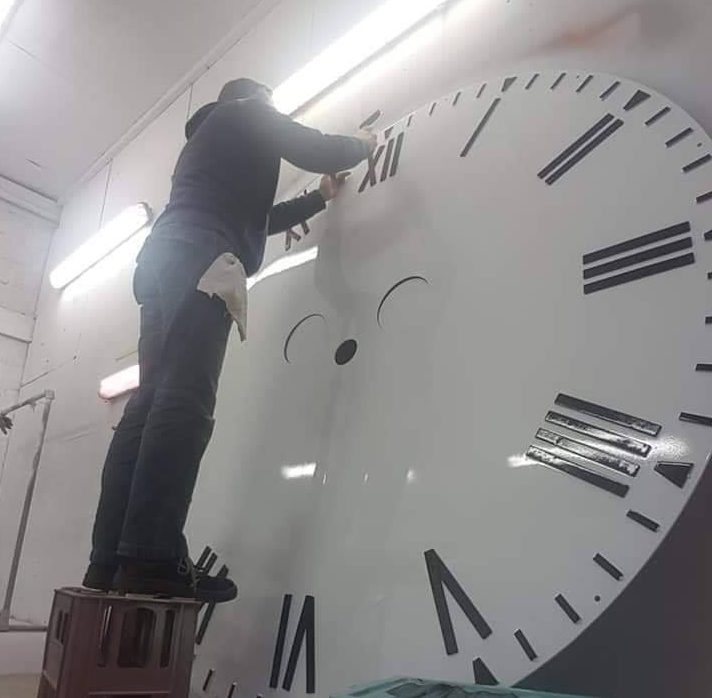 Movie-goers might recall that line from Back to the Future when, on November 12, 1955, lightning struck the clock tower providing enough power — 1.21 gigawatts, in case you forgot —  to send Marty McFly and the DeLorean back to the future to 1985.

But, in Ballyshannon, it’s not time travel that interests the local regeneration group.

They are in the midst of installing a new town clock in the south Donegal area following a huge community drive.

Following a lightning strike of their own in 2014, the old clock was damaged beyond repair, prompting a south Donegal regeneration group to take matters into their own hands.

Several community fundraisers later and enough money was raised for the new clock, a project the Ballyshannon Regeneration Group have been involved with from the beginning.

Cllr Barry Sweeney, who is a founding member of the group, told Donegal Daily: “(The clock) was hit by lightning in a storm over six years ago and it has not been fixed since.

“Now, a lot of people were talking about fixing it and doing something about it but it was owned by private owners at that stage.

“So, we decided to come together and assist in the project and we initially had the idea of a false face at no real cost and we got permission to do that from the owners.

“But as time went on, we wondered how much a real face would cost and so we decided to do a bit of fundraising for it.

“And in the meantime, a new owner had bought the building.”

The original clock face was built in 1878 when an agreement was struck between the planning authorities and Belfast Bank. 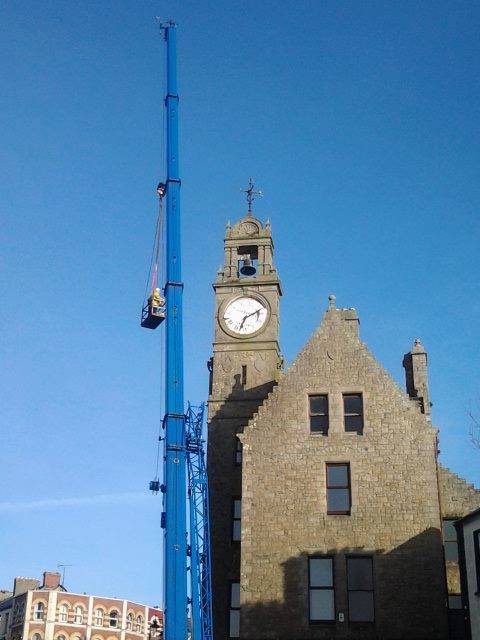 The old Ballyshannon clock face was struck by lightning in 2014 leaving it in a state of disrepair.

The building was later owned by the Royal Bank before an amalgamation with the Provincial Bank resulted in the Allied Irish Bank forming there in 1966.

Local businessman Eamonn McNulty, who now owns the building, purchased the property from the well-known Gallogley family earlier this year.

“When a new owner was confirmed, we kind of made the decision to go ahead with the project because there is great value in this project for the community.

“We had an opportunity to do something symbolic in the town and we had so many people who had donated,” Sweeney added.

“Now, the new owner is doing a lot of the work in terms of getting this project going again and we are working together with him.

“But one of the great things about this initiative is that it is all local craftspeople coming together to make it a reality.

“And it will be great for the building as well because now it is being cared for and something is going to happen to the building to project and preserve it into the future.

“We don’t know yet what form that is going to take because there is plenty of ideas out there, some that are viable and others that are not.

“But everybody involved wants the building to be used for something appropriate and meaningful when decided.

“As for the clock project, it has taken a lot longer than we hoped but we are nearly there.”