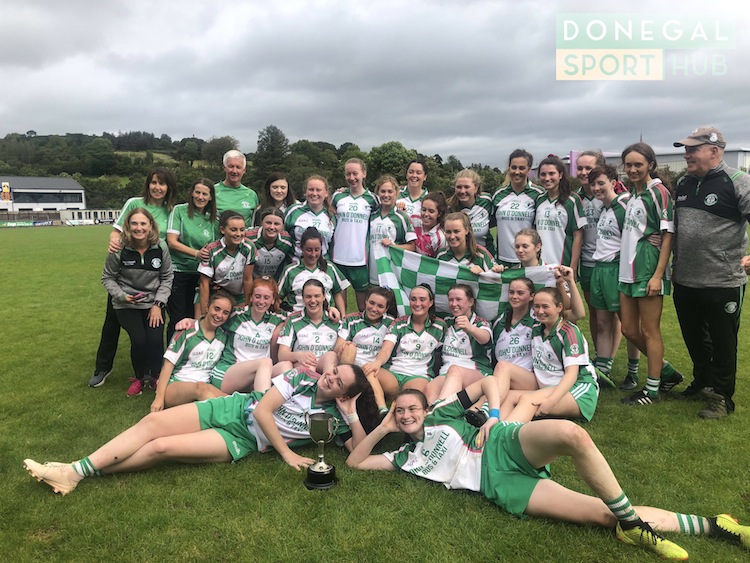 When the Naomh Muire ladies side take to the field this Sunday at 2pm, they will make a little bit of history in the Lower Rosses.

Naomh Muire take to their home turf at the Banks Kincasslagh against the visiting Con Magees club from Glenravel, Co Antrim and will be the first ladies side in West Donegal to host an Ulster Semi-final at their home ground.

This is one of many firsts for the young side who have been really impressive in their capturing of a Donegal County title last month against the fancied Naomh Columba side and then again coming back from a five point deficit against a physically stronger Aghandrumsee club side in Fermanagh two weeks ago.

Their opponents on Sunday, Con Magees, are a proud and strong football, hurling and camogie club from the famous Antrim coast and Glens and will make the long journey to the Rosses aware that a physically fit and fast Naomh Muire side will be waiting to put them to their biggest test of the year.

Con Magees competed in the Intermediate Championship in Antrim so on paper will come as favourites on the day.

The Banks will be a busy place all day on Sunday with the Donegal novice athletics championships taking place earlier nearby.

For the Naomh Muire v Con Magees match, a huge crowd is expected and, as has been seen in recent years with their hosting of the Nationally acclaimed WAAR event, the host club excel in their ability to hosting of these big days.

However, it is widely accepted that under-age success did not always follow through to their Senior performances in recent years.

2019 has been different and an honest team meeting or two early in the year set the tone for early morning training sessions, a fresh management approach and an overall improved commitment off the field.

This has been a transformation resulting in a County Junior title and now chance to reach an Ulster Final from the platform of this home match against the Antrim visitors. Players such as Hannah Gallagher , Katie O’Donnell, County Senior player Roisin Rodgers, Ailbhe and Tara O’Donnell, Saoirse Bonner, Caroline Sharkey, Jade O’Donnell and team captain Erika Hanna are but a few of the names that the club and community will be turning up to see in action on Sunday in the Banks.

The strength of the team’s performances this year has been the sum of its parts and its ability to pull ahead in the final 15 minutes with strong fitness levels.

With home advantage on Sunday and the chance of making more history and an Ulster final an hour away, Naomh Muire ladies will without question give this challenge their very best and who would bet against a home win and an upset in this Ulster Club semi-final.