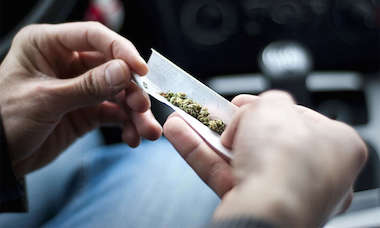 Recent figures have highlighted the ongoing spike in drug-driving in the county with the number of drivers arrested for the offence at an all-time high.

Locally, 28 drivers have been arrested in the first two quarters of this year alone. A huge spike when compared to the same period in 2018 when 19 people were arrested in the entire year.

Since April 2017, when the Garda deployed new roadside drug-detection equipment nationally, some 68 per cent of drivers who tested positive for drugs had a positive test for cannabis.

After cannabis, cocaine was the next most popular drug, showing up in 37 per cent of positive samples.

Other drugs which he said were appearing in analyses were benzodiazepines such as diazepam and flurazepam, opioids such as heroin and codeine and stimulants such as flephedrone.

Minister for Transport, Tourism and Sport, Mr. Shane Ross said: “Driving under the influence of drugs has been a statutory offence since 1961 but it wasn’t until 2017, with the introduction of Preliminary Drug Testing, that we had a drug testing device capable of testing for the presence of drugs in drivers at the roadside and in the Garda station.

“It’s clear that its introduction has resulted in an increase in drug driving detections, but the results presented today show that continued enforcement and education effort is required to tackle this killer behaviour.”

However, despite the huge incidence of drug driving, alcohol remained the most frequently detected drug in the county.

189 people have been arrested for driving while over the legal alcohol limit in Q1 and Q2 of this year, 23 more when compared to the same period previous.

Assistant Commissioner, David Sheahan, Roads Policing, An Garda Síochána, said: “Since 2017, Gardaí have been given powers to conduct Preliminary Drug Testing at the roadside or in Garda stations.

“This has allowed the Gardaí to establish roadside checkpoints for testing drivers for drugs. with similar powers to mandatory alcohol testing.

As a result, detections for drug driving have risen significantly. Drivers need to realise that the days of avoiding detection for drug driving are over and that we are determined to stamp out this killer behaviour.”

The importance of road safety and the dangers that exist on a daily basis on our roads will be highlighted to Donegal students at the Road Safe Show in the Aura Leisure Centre Letterkenny over the next two days.