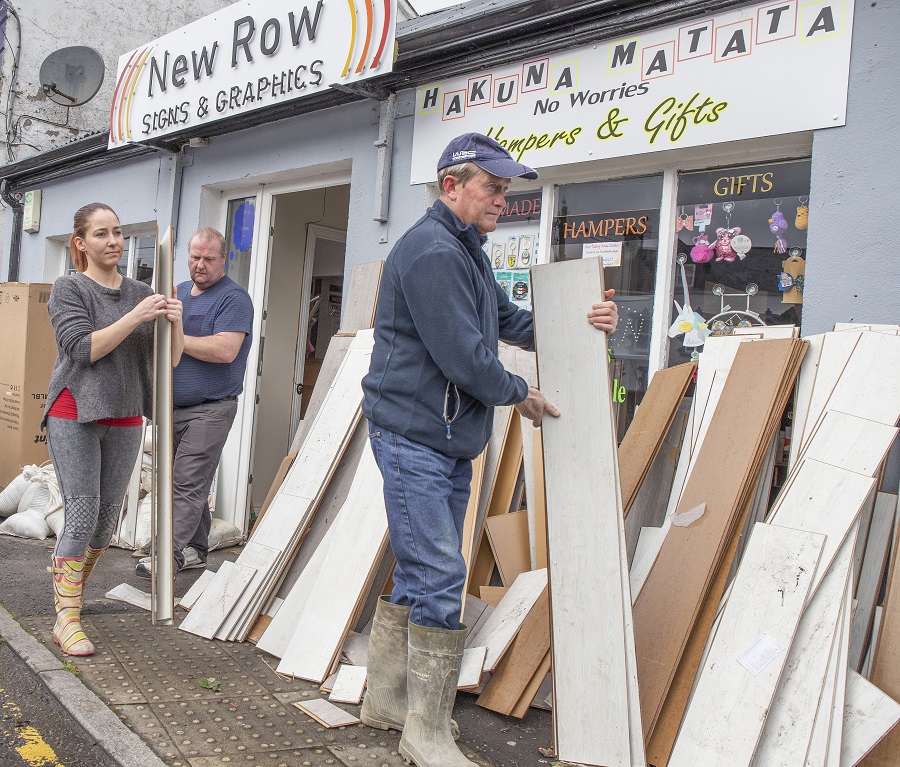 A special flood fund has been activated for uninsured businesses that were affected by Storm Lorenzo in Donegal Town.

The details of the fund have been announced by Minister Joe McHugh.

He said the key here is that this Government is responding quickly to people’s need.

“I have huge sympathy for anyone affected by sudden floods like the homeowners I visited last Friday. I know some businesses and some homes have no access to insurance and we are working to answer the need.

“I have raised the concerns around Donegal Town with Minister of State for the Office of Public Works Kevin Boxer Moran and he appreciated the concerns locally and he will liaise directly with council officials.

“One thing I saw last week, yet again when a community was affected by something, the community responded and credit should go to the school students from Abbey Vocational who went to help their neighbours in the hours after the floods. The same community spirit as we saw in Inishowen two years ago.

“The emergency response agreed by Government today offers a one-off payment of up to €20,000 for a business that does not have insurance and was hit by the floods last Friday morning.

“It’s a humanitarian fund. And it will provide for quick payments. Initially a flood-hit business can get a €5,000 payment and subsequently they can apply for another payment of up to €15,000.

“A fund like this is vital in the aftermath of damage like we saw from Storm Lorenzo in Donegal Town. It can help businesses to get over the initial impact and for those unfortunate enough to have been hardest it will also help with the cost of repairs, new floors, damaged stock and new fixtures and fittings.”

The decision was agreed at Cabinet after Minister McHugh’s colleague Minister for Business, Enterprise and Innovation Heather Humphreys brought a memo on response to the flood damage.

The flood fund will be administered by the Irish Red Cross.

Minister McHugh said: “Any business people in Donegal Town that have been operating without flood insurance should look at this Government support as option to get back up and running again.”

A separate emergency fund is in place for homeowners who were hit by the floods in Donegal Town last week. It is a humanitarian response operated through Department of Employment Affairs and Social Protection and any homeowner who needs support should contact their local Community Welfare Officer.