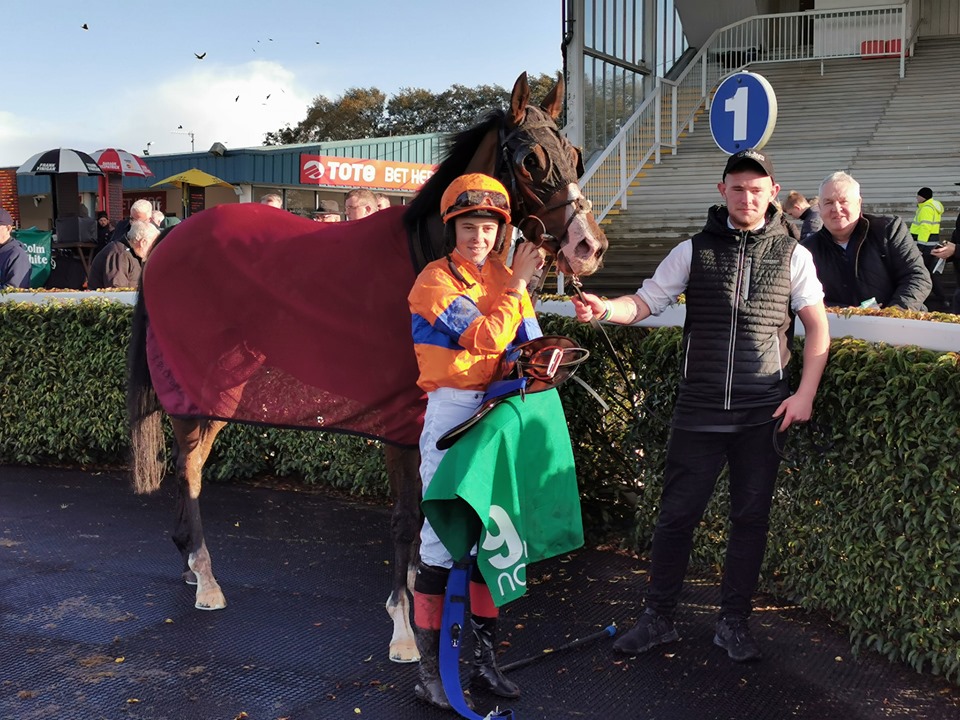 Browne-McMonagle had six lengths to spare on the pre-race 7/2 favourite Mean Fomhair.

Browne-McMonagle had 218 wins on the pony circuit and the 16-year-old is now with Joseph O’Brien’s stable.

“It was great to get my first winner for Joseph,” Browne-McMonagle beamed at the end.

“It couldn’t have went any better as my family are here and it’s a great day.

“She’s been running over a mile-and-a-half and a mile-and-six, and on the soft ground did it well today. I just took my time up the inside and at the top of the hill I let her roll on. She won well.

“I had 218 winners at the pony racing. It’s good experience and a good grounding for all the young jockeys coming up. It’s good to have it behind me.”