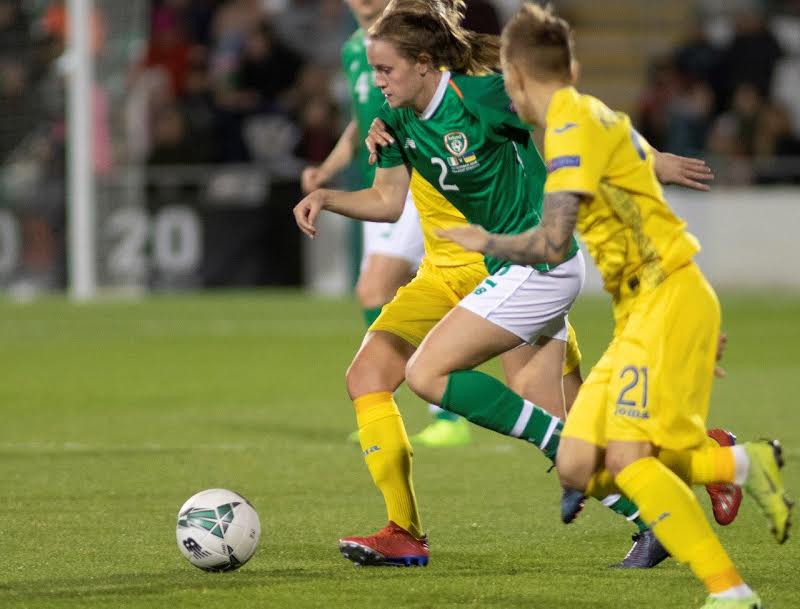 IT WAS far from convincing, but Ver Pauw’s Republic of Ireland women’s national team eked out victory over Ukraine at Tallaght Stadium tonight.

By Chris McNulty at Tallaght Stadium. Pictures by Joe Boland

Dutch woman Pauw marked her first outing as Irish manager with a narrow win that makes it two wins from two in Group I of the Euro 2021 qualifiers.

Donegal players Amber Barrett and Tyler Toland had only watching briefs as Ireland did it the hard way, in front of 5,328, having let a 2-0 lead slip in the first half before a Natiya Pantsulaya own goal swung the night back in their favour again.

Barrett and Toland have made big club moves lately, with Barrett now playing in Germany with FC Köln and Toland heading for Manchester City.

Milford woman Barrett was denied a late cameo with time beating the introduction of the former Peamount United striker.

Ireland hit the front on 25 minutes. Rianna Jarrett broke on the left-hand side and her cut-back was delightfully steered home by captain Katie McCabe.

Roles were reversed just three minutes later as Jarrett – excellent throughout for the hosts and deservedly named Player of the Match – headed home at the far post from McCabe’s teasing corner. 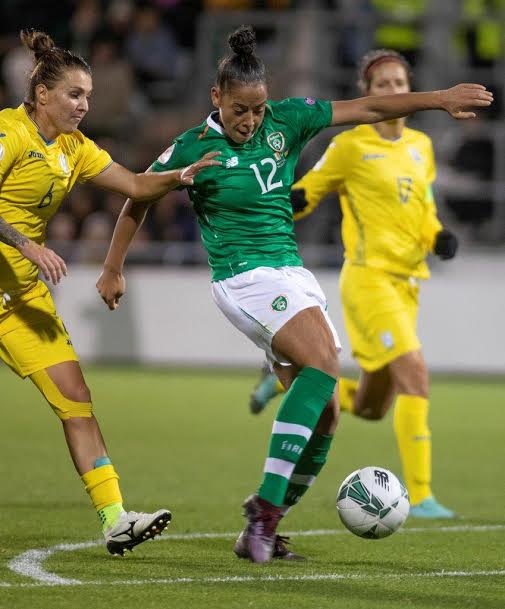 It ought to have felt more comfortable, but Ukraine pulled one back when Lyubov Shmatko finished after Ireland ‘keeper Maria Hourihan dropped a cross.

Two minutes before the break, another mistake saw Ukraine draw level. OIha Ovdiychuk seized on the chance after Megan Connolly’s mis-kick and the midfielder shot home off the inside of Hourihan’s left post.

Ireland restored their lead seven minutes into the second half as the unfortunate Pantsulaya put through her own goal, as an attempted clearance by Shmatko cannoned off her knee after good work by Jarrett down the left.

Hourihan atoned for her earlier mistake with a fine save to prevent an equaliser by Daryna Apanaschenko just as the clocked ticked into added time.

Last month, Toland’s opener had put Ireland on the way to a 2-0 win over Montenegro at Tallaght last month, but the St Johnston woman was a surprise omission from the Irish team. 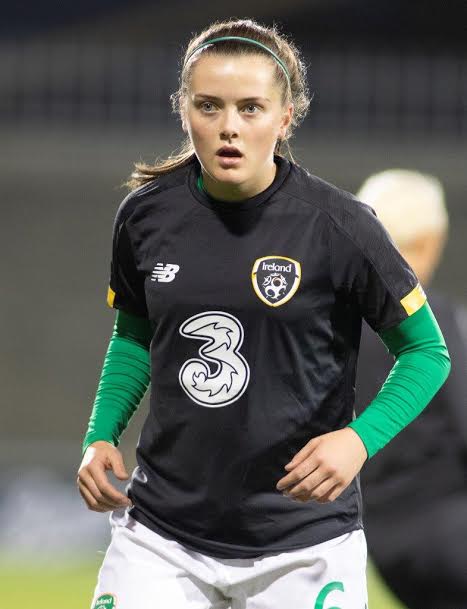 Pauw, recently appointed as Colin Bell’s successor, mentioned in her programme notes that this was ‘the most crucial fixture of the campaign for us’.

Campbell’s calling card, the long throw, was on show early on with Louise Quinn heading wide after Campbell’s dart landed on its target.

Moments later, Quinn turned provider for Jarrett, but the Wexford Youths striker was unable to get the desired connection and her chance was gone, 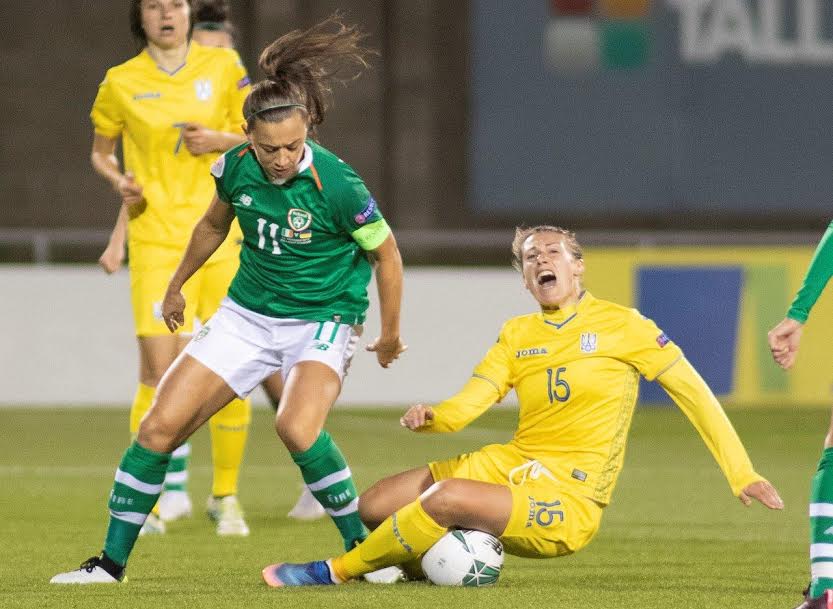 Ireland almost broke the deadlock on 24 minutes. Again, Campbell was the architect with a long throw. Diane Caldwell’s first effort was fumbled by Ukraine ‘keeper Kateryna Samson and Quinn was unable to step home the rebound.

Barely a minute later, Ireland were in front as McCabe tucked in and Pauw was out, fists in the air, to toast the first goal of her regime.

Ukraine came into the group as the second seeds, but their campaign began with a crushing 8-0 loss against Germany, who have had a blistering start, including a 5-0 away win at Greece earlier today.

Republic of Ireland senior men’s manager Mick McCarthy and his assistant, Terry Connor, were among the attendance, which was well below expected levels. Having billed it as a sold-out fixture, the large swathes of empty seats were disappointing in the extreme, even if the 5,328 crowd goes down as a record. 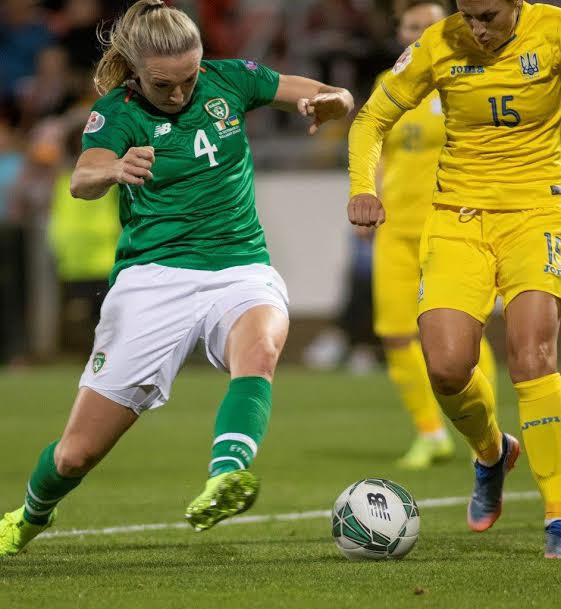 In the opening moments of the second half, Quinn forced Samson into a fine save from Connolly’s free, but the Girls in Green got in front via a stroke of good fortune.

This time, they managed to hold on without putting their supporters through the wringer again, although there was a momentary scare when Apanaschenko tried her luck in the dying moments.