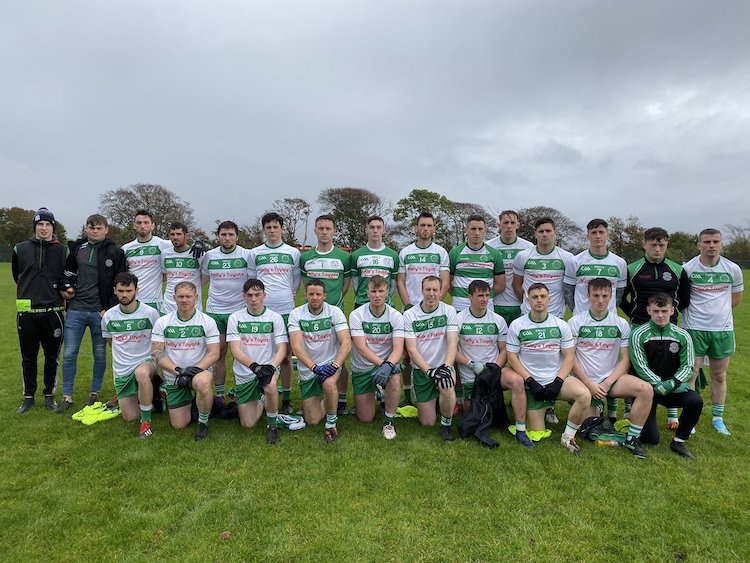 Listen: Barry Meehan and St Naul’s look to make up for narrow misses in Intermediate final

BARRY MEEHAN wants his St Naul’s team to do themselves ‘justice’ in Sunday’s Intermediate final.

Meehan and his crew were interested spectators in Convoy last night as Cloughaneely booked a place in the final thanks to a dramatic replay win over Aodh Ruadh. It means they go into against St Naul’s, who had already sealed their spot.

St Naul’s lost to Milford in the 2017 Intermediate final and let a two-point lead slip late in a semi-final against Glenfin last year, but the Mountcharles men are back in the decider again.

“The biggest thing we learned from last year was that we needed to be a wee bit more controlled,” Meehan told Donegal Daily/Donegal Sport Hub.

“We were two points up and lost by one point and two of those were frees we shouldn’t have given away. We developed now that we’re able to stay in games until the bitter end.”

St Naul’s staved off a strong comeback from Naomh Bríd on Saturday at Fintra having had a real scare the week previously. In their quarter-final, St Naul’s had to come from nine points down to get the better of Naomh Columba.

Meehan said:  “The fact that we were nine points down wasn’t a fair reflection on the game.

“They were very economical in front of goal and on the pattern of play we should have been closer. We just wanted to be in the game with ten minutes to go. Boys stood up and went to the bitter end.”