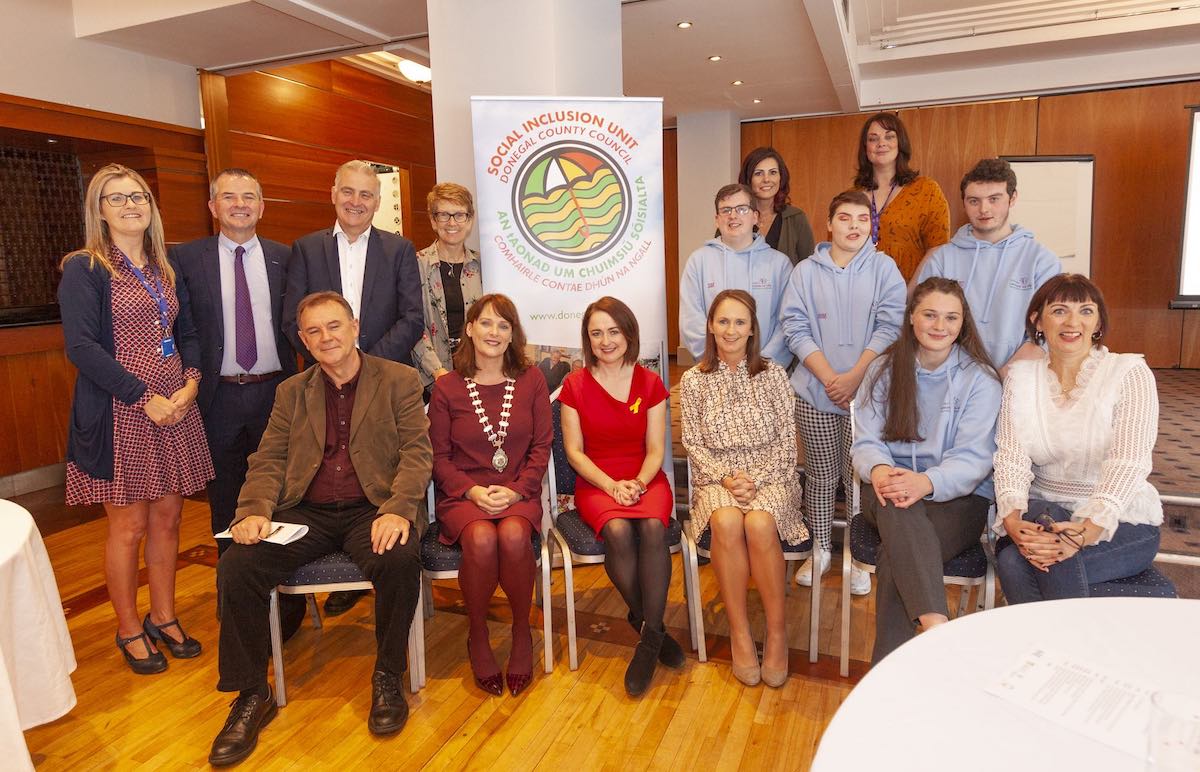 Breaking the silence around the relationship between alcohol, self-harm and suicide was the focus of this year’s ‘Connecting for Life’ suicide prevention seminar which was held on Friday last in the Central Hotel, Donegal Town as part of Social Inclusion Week.

The seminar which aims to build connections and share good practice in suicide prevention heard from Professor Siobhan O’Neill as she presented findings from research on suicidal behaviour and alcohol across the island of Ireland and explained the connections between suicide and alcohol use and transgenerational trauma.

She focused on how alcohol is used to help people cope with trauma, and how it results in additional trauma and adversities, particularly in children, which then increases their risk of mental illness and suicide.

Professor O’Neill believes that it is essential to have this conversation saying, “we need to have a conversation, as a society, about our use of alcohol and how it contributes to the problem of suicide and self-harm, particularly in young people.”

“For some, this has resulted in self-medicating with alcohol or other drugs” explained Thomas, “creating the space to have a wider conversation and a seminar on the topic of alcohol, self-harm and suicide is really useful in raising awareness of the issues and how these might be addressed. This is a really important discussion.”

Kieran Doherty, CEO of the Alcohol Forum said: “This is a difficult topic. Alcohol is normalised in Irish society and for many, it is key to how we think about socialising and relaxing; so we are reluctant to look at the downsides; the fact that alcohol is chemically a depressant and that it is often used as a crutch, a coping mechanism or to self-medicate.”

Research indicates that over half of all suicides and one in three incidents of self-harm in Ireland are alcohol-related.

In her opening address Leas Cathaoirleach of Donegal County Council Cllr. Niamh Kennedy acknowledged that suicide is a deeply sensitive issue and but that there is an onus on all of us to have the conversation.

“We all have a role to play in this, as politicians, as agencies, as communities and as individuals.  For instance, our own services as local authorities must be geared to support people with mental health issues and support people who are in a crisis whether it be through our housing services, by promoting social inclusion or through economic development and job creation.”

The seminar also heard of the work being done in this area by Donegal Youth Council from Mayor Grainne Mc Glynn while Cora McAleer Mental Health Nursing outlined the services and supports available.

Teresa McBrearty provided a valuable insight of her own personal journey and how through the Mpact programme she has been helped to overcome barriers in her life.

Liam Ward, Donegal County Council performed master of ceremonies at the seminar and Anne Sheridan, HSE Mental Health Services concluded the seminar by confirming that feedback and information from the seminar will be considered by the Community and Services Implementation Group.