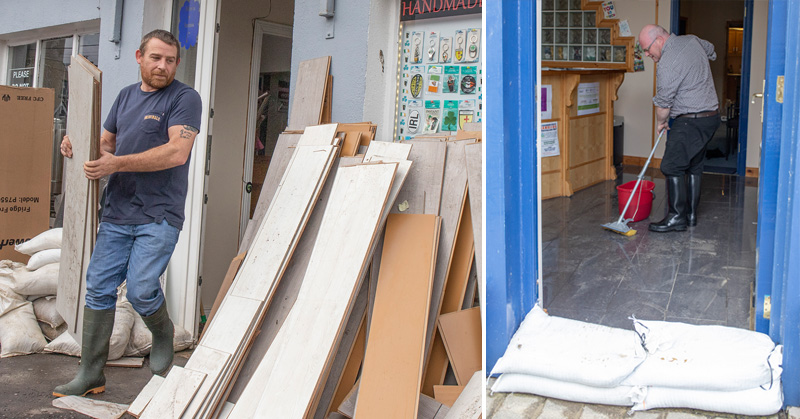 Applications are now open for emergency support schemes in Donegal in the wake of Storm Lorenzo.

Business, community, voluntary and sporting bodies are being invited to apply for the temporary humanitarian support for repairing flood damage which occurred during the storm.

The storm on Friday 4th October caused widespread flooding in Donegal Town and other areas of south Donegal.

The Irish Red Cross is administering two temporary emergency support schemes on behalf of the Department of Business, Enterprise and Innovation.

The first support scheme provides support to small businesses that have been unable to secure flood insurance and were flooded during the storm. The fund is a contribution towards the costs of returning business premises to their pre-flood condition including the replacement of flooring, fixtures, fittings and damaged stock. The total amount of support available is €20,000.

The second scheme applies for community, voluntary and sporting bodies that suffered damage to buildings, contents or fixtures and fittings. The scheme does not apply for the repair of sports grounds which were flooded last week.

Application forms are available on www.redcross.ie/supportschemes