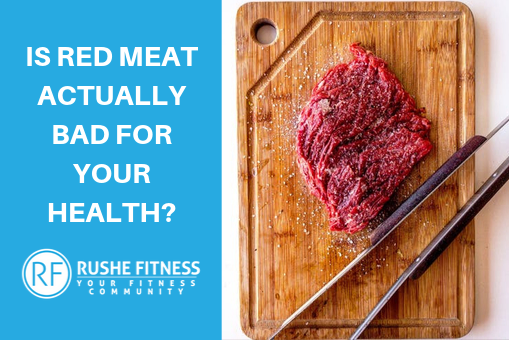 DD Fitness: Is red meat really bad for your health?

A new study that came out last week had some surprising findings.

The controversial study claimed that there is currently no significant evidence that eating red meat, including processed meat, is bad for our health.

As you can imagine, the media jumped on this and the headlines across the globe were all telling us that red meat isn’t bad for us.

Social media went into a frenzy as meat-eaters rejoiced and non-meat eaters claimed that the study was nonsense.

The study in question isn’t actually a single study.

A team of researchers got together and conducted a series of 5 systematic reviews of all the current evidence that looked at red meat consumption and our health.

What the results found wasn’t that there was no evidence, more that it was uncertain as to whether it was enough to link red meat consumption to adverse health effects.

“Adherence to dietary patterns lower in red or processed meat intake may result in a decreased risk for all-cause mortality, cardiometabolic disease and mortality, and cancer morbidity and mortality.

Nevertheless, the magnitude of these effects for all outcomes is small to very small, and the certainty of the evidence is low to very low. Our results, therefore, raise questions about the plausibility of red and processed meat being causally related to adverse health outcomes”

So, that means you are free to eat as much as you want with no health effects, right?

While they haven’t been able to find a direct link to red meat and poor health, they aren’t saying that it isn’t harmful.

They stated that the current levels of evidence aren’t enough to make any recommendations about red meat at all.

If you are confused as to why they can’t give a yes or no answer, it is because it isn’t that easy to do.

In order to get an answer like that, you would have to have control of hundreds of people and their diets and then split them into meat-eating and non-meat-eating groups and then get data from them for years.

The cost to do this would be too high and you would never get people to allow you to control what they ate for a prolonged period of time.

What then does this mean for us meat-eaters?

Simply put, if you want to eat red meat, it probably isn’t as harmful to your health as previously thought.

But, if you want to stick to the previous guidelines about it, you are fine to do that also.

The main takeaway from this, as always should be to look at your diet as a whole, rather than worrying about individual foods or food groups.

This isn’t new information, but it always needs to be said and reminded because no matter how much new information comes out about nutrition, the basics never change.
#leanin2019

If you want some help with how to plan out a balanced diet that gets real results in time for the Christmas Party Season, our LITTLE BLACK DRESS CHALLENGE 2019 starts on October 29th.

It’s an 8-week program that is guaranteed to get you in shape for the Christmas Party Season.

Click the link below to get signed up now.