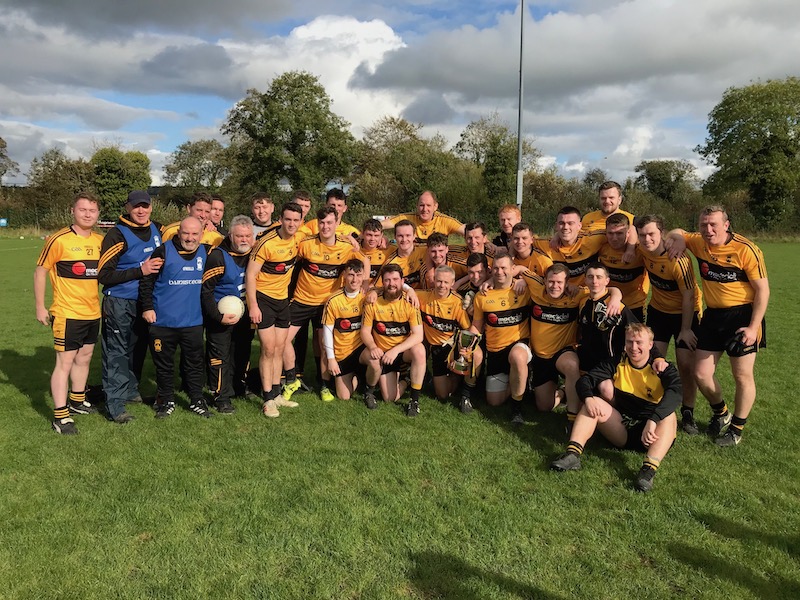 Sharkey netted from close range three minutes from the end and it proved too much for Sean MacCumhaills – who had the lead for a good stretch of the contest – to claw back.

The game was delayed by almost an hour, owing to a bad knee injury to Sean MacCumhaills corner back James Beirne, who was taken away by ambulance after he went down with 14 minutes on the clock.

At the time of the stoppage, it was all square at 0-2 apiece with veteran Seamus McGinty having only juste levelled after Paddy McGowan and Matthew McGovern cancelled out an early Conor McCormack free.

Upon the resumption, Chris O’Donnell – the goalkeeper – stepped up to delightfully stroke over a long-range free.

MacCumhaills hit three in a row, through Fintan Griffin and a pair of Conor Glackin frees, to move 0-5 to 0-3 ahead by the break.

Late in the first half, St Eunan’s were denied a penalty when Oisin Purdy sped away and appeared to be dragged down by Eoin Burke. In spite of the howling appeals, referee Liam McConigley waved away the shout.

Burke also cleared from a Sharkey attempt on his own goal-line after Mcgowan and McGovern helped to work an opening.

MacCumhaills were denied a goal themselves when Gavin Doherty’s snapshot cracked off the post.

Sharkey and Matthew McColgan levelled things up just after the break, but with Glackin and McCormack registering from frees, the scales tipped in the Twin Towns side’s favour.

McCormack might have netted when he got on the end of a dropping ’45 by Shaun McGowan, but his effort was just off target.

A free by Griffin edged Sean MacCumhaills ahead again and it seemed as if the Finnsiders might hold on.

St Eunan’s, however, had other ideas.

The black and amber hit 1-3 In quick succession, with Sharkey netting amid a cluster of bodies following a strong surge into MacCumhaills territory by substitute Brandon Jordan.

McGowan, twice, and Purdy split the posts as St Eunan’s move clear in the closing moments to capture the prize.