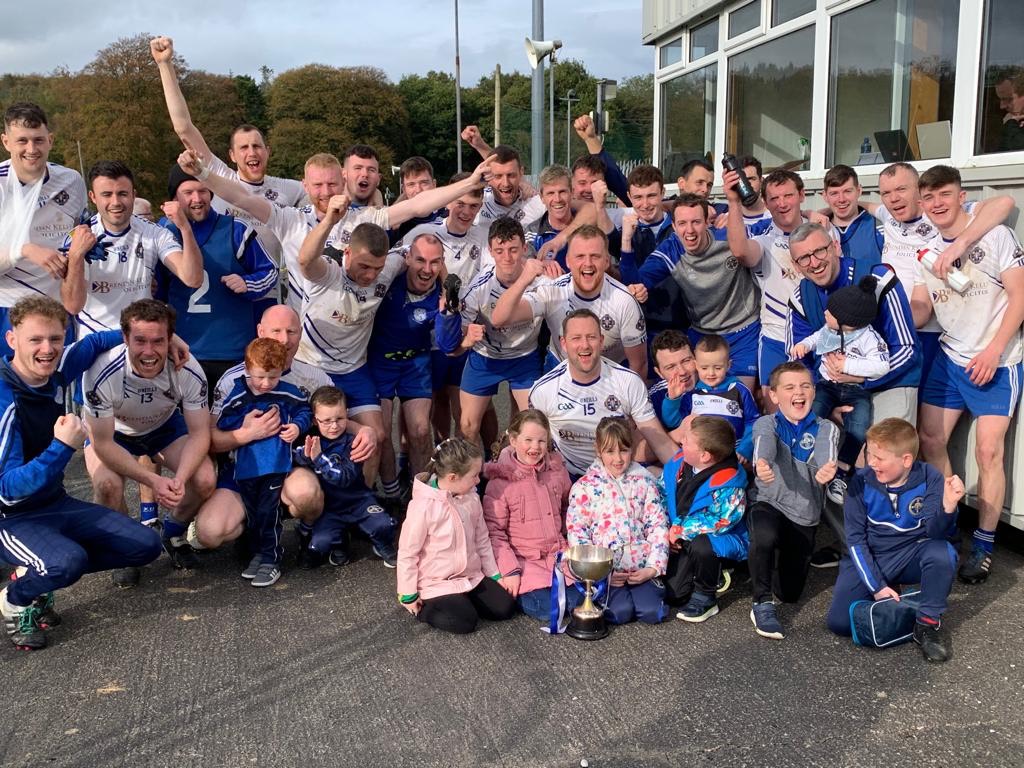 Cloughanleely see off Red Hugh’s to win Intermediate B crown

CLOUGHANEELY were victorious in the Michael Murphy Sports & Leisure Intermediate B final against Red Hugh’s in Ballybofey this afternoon.

The winning margin was three points in the end, with late points from Eugene Maguire and Michael Mulhern getting the Falcarragh-based team over the line.

Aidan Gallen scored four second half frees in succession to take Red Hugh’s from their interval deficit of 0-10 to 0-5 down, back to 0-10 to 0-9 in arrears and all to play for.

PJ Gallagher and Gallen opened the scoring for the side from Killygordon, but Cloughaneely would score six out of the next seven points to move into a 0-6 to 0-3 lead by the 23rd minute.

Christopher Barrett, two placed balls apiece from James Gallagher and goalkeeper Shan McClafferty, as well as a point from Sean McBride scored in that sequence.

After Ronan Gallen pointed for Red Hugh’s, McBride, Barrett with two and Maguire registered to establish the five-point interval lead.

The last Cloughaneely point of the half came from Barrett, who might’ve bagged a goal after Red Hugh’s net-minder  Jason Woods had given away possession.

Gallen’s scores from the placed balls made for a few Cloughaneely jitters – they didn’t score again until the 50th minute – but they kept their cool to take the title.