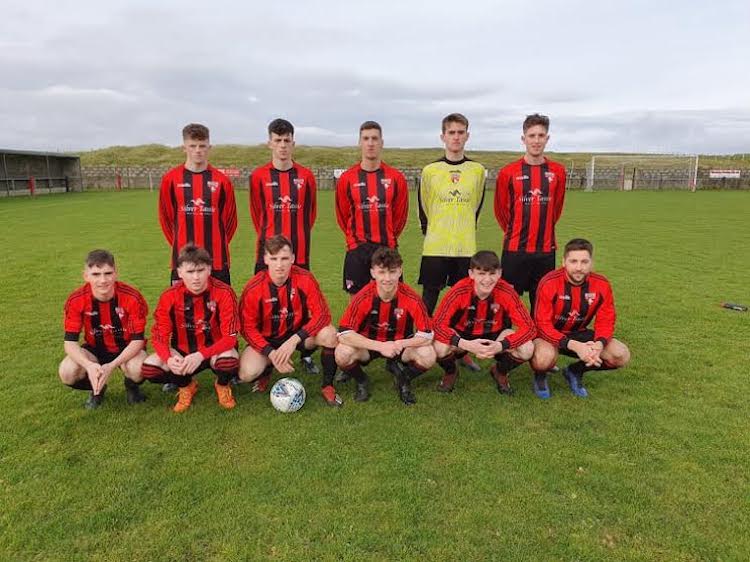 Fanad United progressed to the quarter finals of the Knockalla Caravans Cup after overcoming Donegal League side Kilmacrennan Celtic 2-0 at Traigh-a-Loch on Sunday.

Kilmacrennan pushed from the start and missed a good chance to take the lead after 8 minutes when Kieran Gorman headed wide from a Christy Conaghan corner.

Fanad started to get into the game after that and took the lead in the 15th minute. When Oisin Langan hit a free kick from his own half into the box, Dean McCarry rose highest to challenge the keeper and his header found the bottom corner.

Kilmacrennan almost struck back immediately but young Fanad keeper Oisin Cannon made a fine double save to deny Christy Conaghan and then Terence Shields from the follow up.

In the 35th minute Edward O’Reilly was unlucky to see his header from a Matthew McLaughlin corner go just wide of the Kilmacrennan post.

With the last action of the half Oisin Langan did well to clear at the back post from a dangerous Kevin O’Donnell ball. 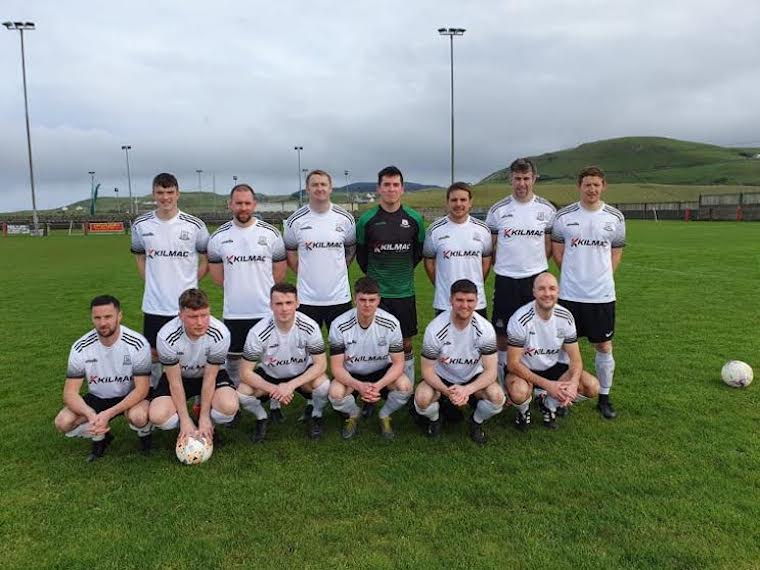 The second half followed a similar pattern to the first with both sides enjoying spells of possession. 10 minutes into the half, a probing ball froward from Christy Conaghan was met by Daire McDaid in the box but he was denied by a fine save by Oisin Cannon.

In the 65th minute, Kilmacrennan had two chances in the space of a minute to get an equaliser.

First of all after a scramble in the box, the ball fell to Daire McDaid but he was denied by a superb block on the line by Conor Duggan.

From the resulting corner the ball fell to Timmy Burke on the edge of the box and his fine volley was saved at full stretch by Oisin Cannon.

After that Fanad took control of proceedings and created a number of half chances.

In the 80th minute Oisin Langan seen his header from a corner well blocked on the line by Mark Friel.

Fanad got the insurance goal with three minutes remaining. Mark McAteer went on a run down the right and when his shot was half blocked, the ball fell to Paul Bradley who showed good composure to control the ball and slot home.