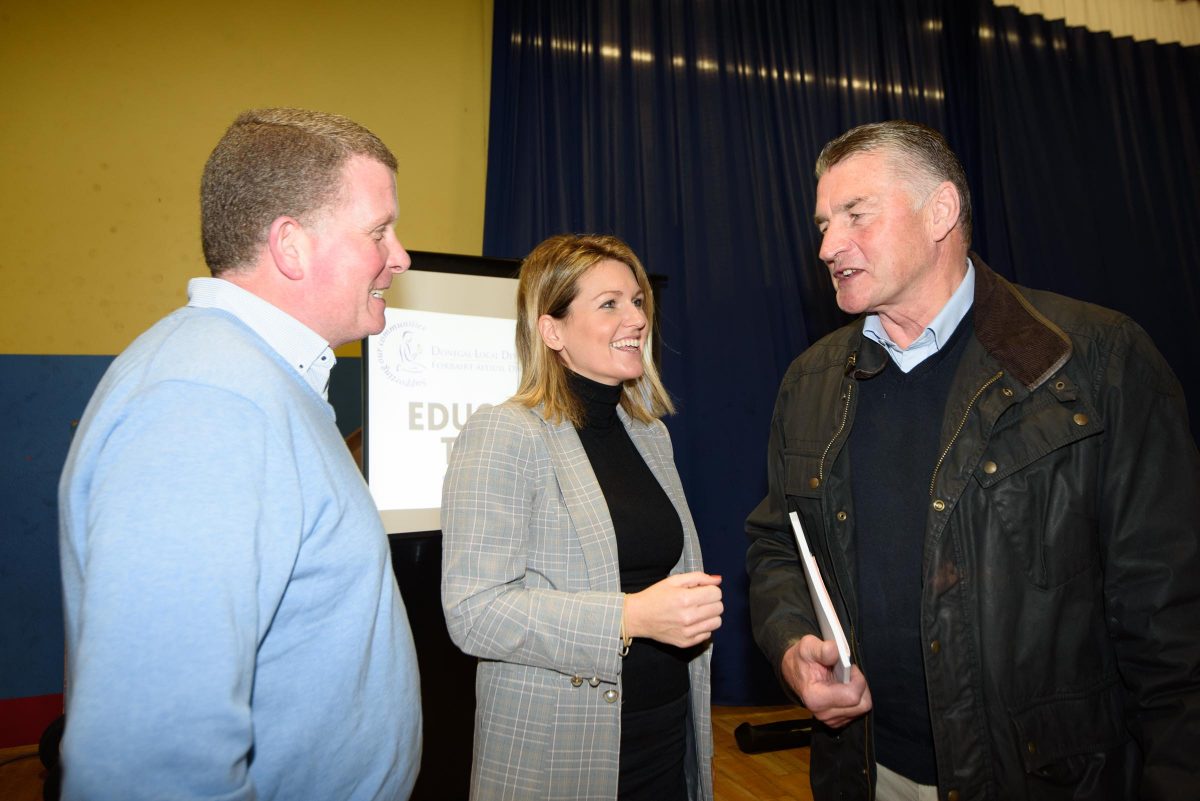 This event which was attended by in excess of 250 people created an exciting opportunity for adults to meet exhibitors face to face to explore their opportunities to engage in education, training or lifelong learning.

Opening the event, Padraic Fingleton, CEO DLDC noted that training and lifelong learning continue to be very important to DLDC in terms of the supports offered to staff as well as to its clients. He urged everyone to explore opportunities available to them and to make the most of what is on offer.

Welcoming everyone to the event, Patsy McMonagle, Chairperson, DLDC said he was delighted to see people turn out in huge numbers year after year for this event. Echoing the sentiments expressed by CEO Padraic Fingleton, he also noted that DLDC has a strong tradition of delivering education, training and lifelong learning opportunities across DLDC catchment area and this was made possible with the excellent working relationship that DLDC has with a range of other providers and agencies.

He noted the ongoing success of these programmes in delivering supports on the ground to individuals across our catchment area.

Patsy also noted the important role that education has played in his own life and he encouraged the audience to make the most of the opportunities that are available to them either via DLDC supports or via any of the other agencies that are present today.

Bill acknowledged the work that DLDC carries out in this area across many of its programme & how he was delighted to be a part of it.

Sheila Archbold, Bundoran Community Centre spoke movingly of the challenges that faced her group in getting started and how with the help of DLDC staff, these challenges continue to be overcome.  She noted that she was delighted to see so many organisations in attendance.

Shane Toolan, Chairman, Ballyshannon & District Museum spoke passionately about the support that the Museum had received from DLDC and the extremely positive impact that the TUS programme has with its participants.  Shane noted that all previous TUS participants in the Museum had subsequently secured employment.

He thanked DLDC for such a ‘can do’ attitude to overcome difficulties for both community groups and their scheme participants.

He urged members of the audience to explore the supports available to them under this scheme.

Final remarks were made by Susan Kierce Marsh, SICAP Co-ordinator for Lifelong Learning who highlighted the huge variety of supports to individuals to support them on their Lifelong Learning journey both within DLDC and amongst the exhibitors.

She acknowledged the huge positivity in the room and the tremendous buzz all morning as participants engaged with exhibitors and networked with one another.  She thanked the speakers for their insightful comments and openness.

She thanked her colleagues in DLDC for attending and supporting this celebration event each year.

She thanked the Exhibitors for giving their time so generously.  Her final thanks were reserved for the attendees at today’s event who continue to attend this annual event in such huge numbers.

In closing the event, Gerry Grant DLDC thanked the staff and volunteers in the Finn Valley Centre for their continued support in delivering another successful event and formally concluded proceedings.