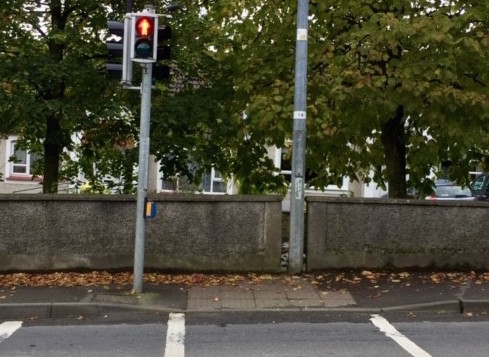 Damage caused by vandals to traffic lights in Letterkenny is putting the lives of both old and young people at risk.

Cllr Jimmy Kavanagh revealed the lights were taking up to 45 seconds to change to allow people to cross the busy Glencar Road.

He had called on the local council to report the problem to the supplier and have repairs carried out as soon as possible.

Councillor Kavanagh had asked the council to look at the lights and determine if the waiting time to change for pedestrians could be shortened.

He said “It was taking 45 seconds for the lights to change and children in particular were not waiting and were taking chances by running across the very busy circular road.”

The council revealed that following their inspection of the lights they discovered that the lights had been vandalised resulting in delays to the changing intervals.

Cllr. Kavanagh welcomed the council’s commitment to getting the issue addressed but expressed disappointment that the lights had been vandalised.

“It’s alarming that anyone would vandalise the lights and in the process put people, particularly children, in danger with such reckless behaviour,” he said.