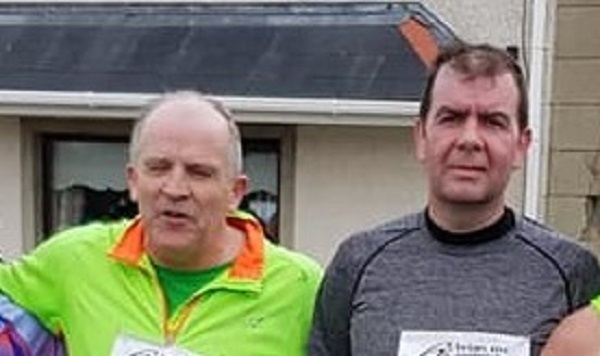 Two running pals have stepped up for a Dublin marathon challenge in aid of the North West Simon Community.

Jim McCahill and Derek Campbell, who both work at Letterkenny University Hospital, agreed to enter the Dublin Marathon this month for a worthwhile cause.

Things were getting off on the right foot before Jim unfortunately had to withdraw due to illness.

But his pal Derek is now taking up the baton and will run the marathon for both of them.

Derek, who is from Glenswilly, has increased his training to do himself and Jim proud in Dublin on October 27th.

He has upped the miles on his Sunday long runs as part of his programme and was a noticeable figure on the Glenswilly roads close to his home in recent months.

Derek is now in the final preparation phase with less than two weeks to go to Marathon Day.

Both Jim and Derek’s running journey started just two years ago. They both joined a training group with a view to getting a ‘bit fitter’ and ‘losing a few pounds’. As time progressed and both got fitter Jim came up with the idea that both should enter the marathon and help out a charity at the same time.

They both agreed that the North West Simon Community, which prevents and resolves homelessness, will be the benefactor of their charity fundraising effort.

Jim and Derek have set a very modest target of €500 and they are hoping that, with generous donations, they can surpass the goal.

If you would like to support the duo please visit: https://give.everydayhero.com/ie/derek-campbell-runs-for-simon