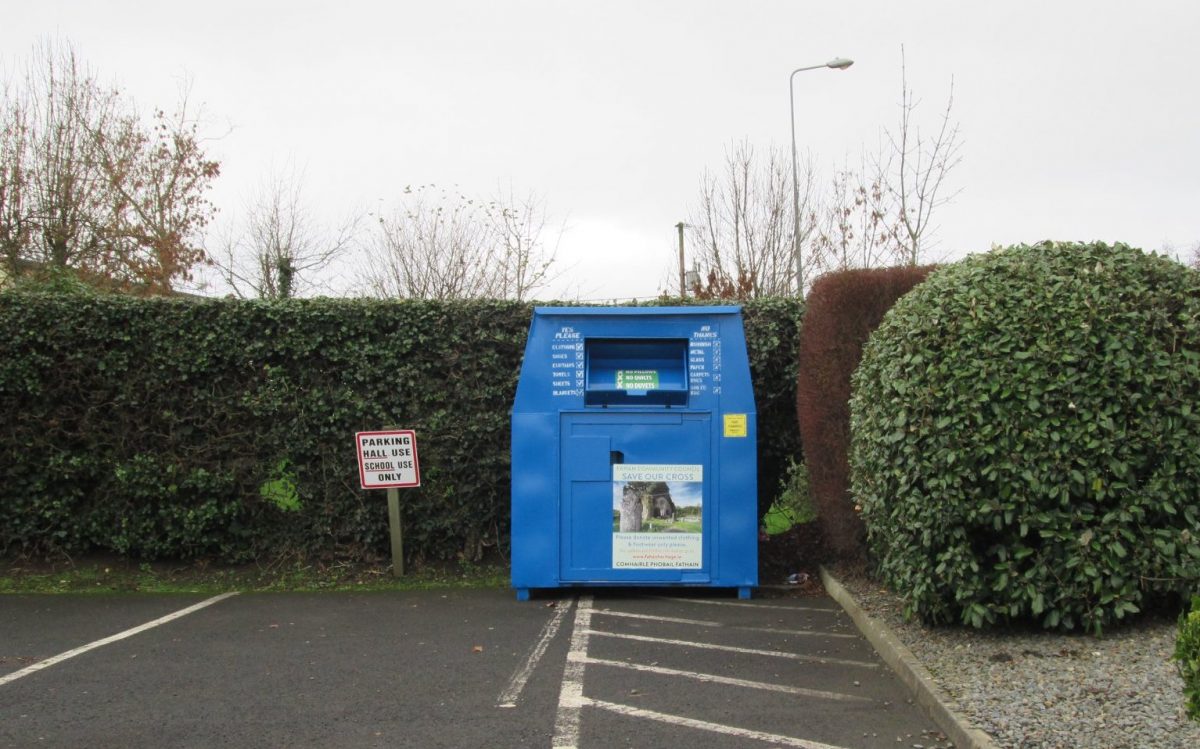 An Inishowen community group has hit out at dumpers who vandalised a community clothes bank in the area.

The Fahan Community Group said bags filled with garden cuttings and household waste had been dumped in the clothes bank at the Fowler Hall in Tooban over the summer – only to be found when the recycling company came to collect.

The local group receives a couple of hundred euro each time a full clothes bin is collected.

The Heritage group, who use the money to put back into the local community, are currently working on the Fahan graveyard project where work on the restoration of the 7th century Mura’s Cross is continuing.

It is understood that those involved left behind identifiable materials, a matter a group spokesperson said would be taken further if they didn’t stop.

A spokesperson for the Fahan Community Group said: “We’re are asking the people involved to stop or the matter will be taken further.”