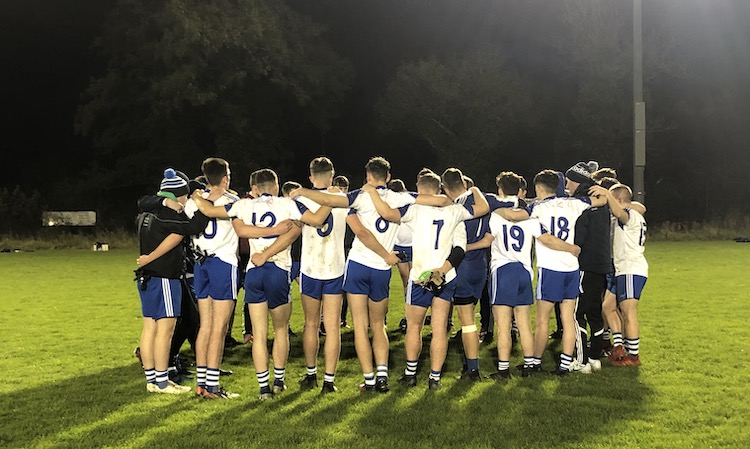 A FAMOUS win was almost in their palms, but Letterkenny Institute of Technology conceded two late goals to fall to defeat against Queen’s in the Ryan Cup tonight.

A goal from Liam Jackson had LyIT right back in a tie that seemed long gone when they trailed by six points just five minutes into the second half at the Donegal GAA Training Centre.

Yet, with eight minutes to go, Michael Murphy’s men – spurred by the introduction of Peadar Mogan off the bench – were level.

And then the sucker punch.

A sweeping Queen’s move, after LyIT coughed up possession, ended with Darragh McGurn slapping home at the far post.

And then the killer blow.

Again, LyIT gave up the ball and Tiernan Bogue beat home ‘keeper Michael Lynch with a tidy finish to the bottom corner.

After their opening game last Wednesday against Ulster University, Jordanstown was abandoned in the early moments due to floodlight failure at The Scarvey, it was a belated start for the Port Road students.

They were on the ropes early on when Fermanagh senior panelist McGurn hammered to the net after Eamonn Fyffe’s effort was blocked on the line.

Daniel Guinness added a point and Queen’s had a four-point advantage.

LyIT registered seven wides in a sometimes wasteful opening passage, but three frees from Paddy Dolan kept the board ticking. Darragh Black drilled over from the right-hand side at a time when LyIT needed to stem the flow.

But McGurn sailed over from a tight angle and the visitors had a 1-7 to 0-5 cushion when Guinness nailed another fine effort.

Fyffe – who scored 2-3 against the Donegal minors, including Mogan, for Antrim in 2016 – put the margin to six with a fine kick from the left not long after the re-start.

The comeback was started when Louth native Jackson finished superbly after a good move by the hosts and Caoimhinn Marley followed it up within a minute with a soaring point from long range.

Mogan and Dolan hit points to tie things up heading into the final quarter, only for Odhrán Eastwood to restore the advantage for Queen’s, who introduced St Eunan’s forward Eoin McGeehin in the second half.

Jackson, after Langan won a kick-out to set him on the way, tied the sums again, but Queen’s hit those pair of late goals to condemn them to defeat.

Next up are a pair of tricky away ties, to Jordanstown on Monday and St Mary’s on Wednesday.