The display was part of a ‘Wave of Light’ event in which landmarks and buildings across Ireland and around the world were lit up in memory of babies who were stillborn or died from neonatal deaths. 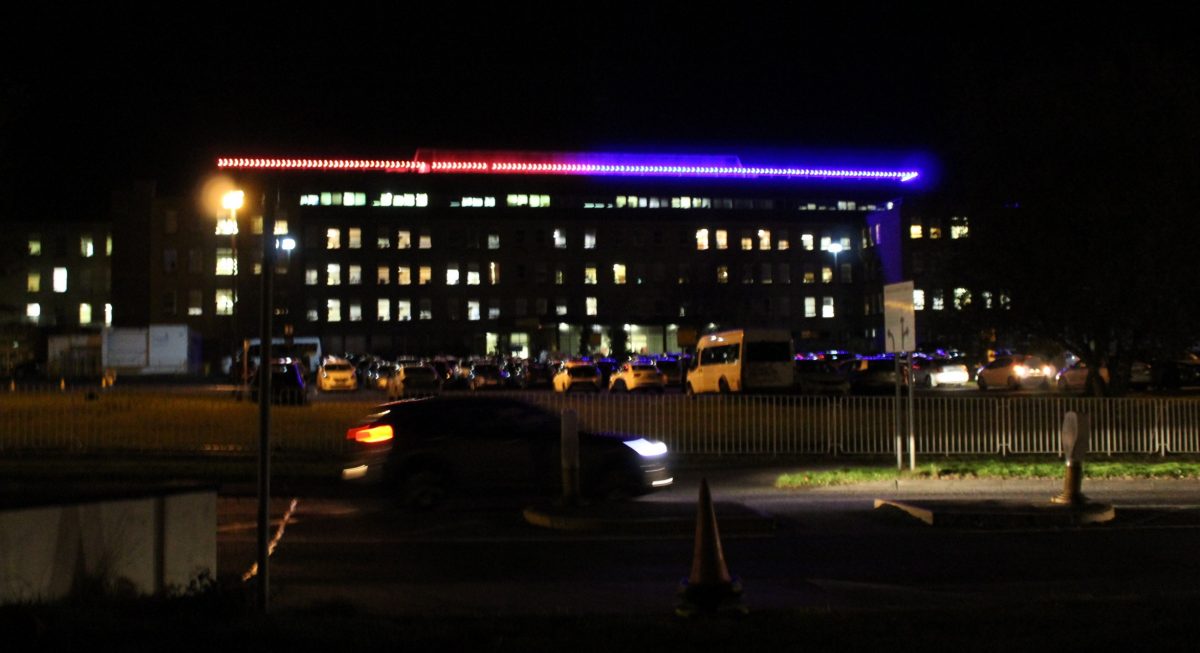 The aim of the spectacle was to let families know that they are not alone after experiencing the loss of a baby during pregnancy or after.

Loved ones were remembered in Letterkenny during the event, as many cars pulled up outside the hospital and people stood out to take in the lights, take photos and say private prayers for little lives lost too soon.

Watch a clip of the display here: