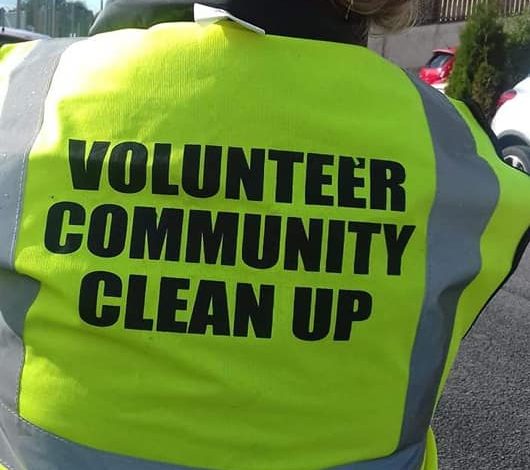 Members of the Long Lane Area Residents Association have said community clean-ups in the area have helped ‘bring the community together’.

The group held their second of several community clean-ups planned for the area last weekend.

The initiative aimed to bring a sense of community by linking other residents together by improving the look of the area.

Committee member, Karen McCafferty Seagrave, said the outcome was what the association was looking to achieve.

“We met other residents we wouldn’t normally meet. One lady was going to a wedding and was all dressed up but even she took time to help out,” McCafferty said.

“Another kind resident came out to us with tea and sandwiches. This was more than just a clean-up and we are over the moon with it.”

Local Ard Na Ri resident, Louise Doherty, added: “I’m so happy with the number of people who came out (to help).

“I came down to Meadowbank for the first of the clean-ups and the favour was repaid tree fold. It’s so great to see the community pulling together.”

Over 10 young people aged 7-12 and another 10 adult residents from Ard Na Ri, including residents from Meadowbank, took part in a three-hour-long clean up of the estate.

Chairperson of the Long Lane Association, Finn O Donnell, said: “We believe in this community and changing the reputation of Long Lane.

“This simple team effort of what some may seem like nothing is something of a major step in the right direction.

“Our aim is the do a lot more than clean ups and we are determined to be no ordinary residents association because we are no ordinary community. We are something much more and today’s clean up has proved it.”