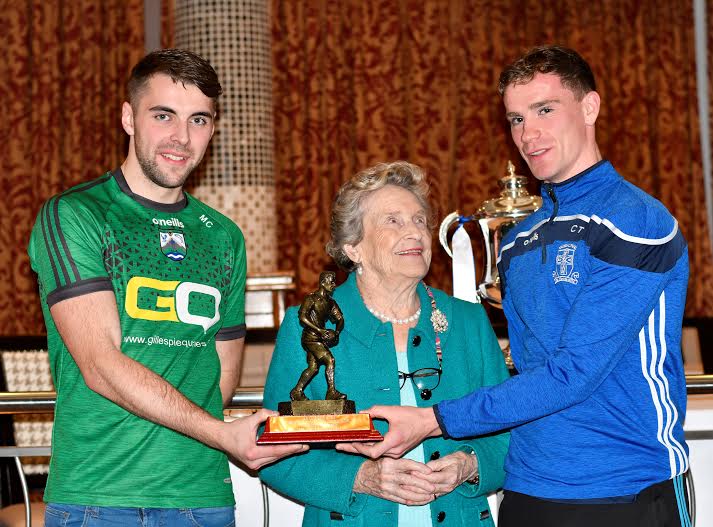 Peadar McGeehin Award up for grabs again in county final

ONCE AGAIN, the man of the match in Sunday’s Donegal SFC final will receive the Peadar McGeehin Memorial trophy.

It will be the 12th time for the prestigious trophy to be presented.

Anne and Peter McGeehin, wife and son of the late Peadar McGeehin, were present at Monday evening’s press launch to unveil this year’s trophy.

In 2008, the 25th anniversary of St Eunan’s SFC win in 1983 – a team managed by Peadar McGeehin – the McGeehin family donated the award for the first time.

Brendan Devenney was the first recipient.