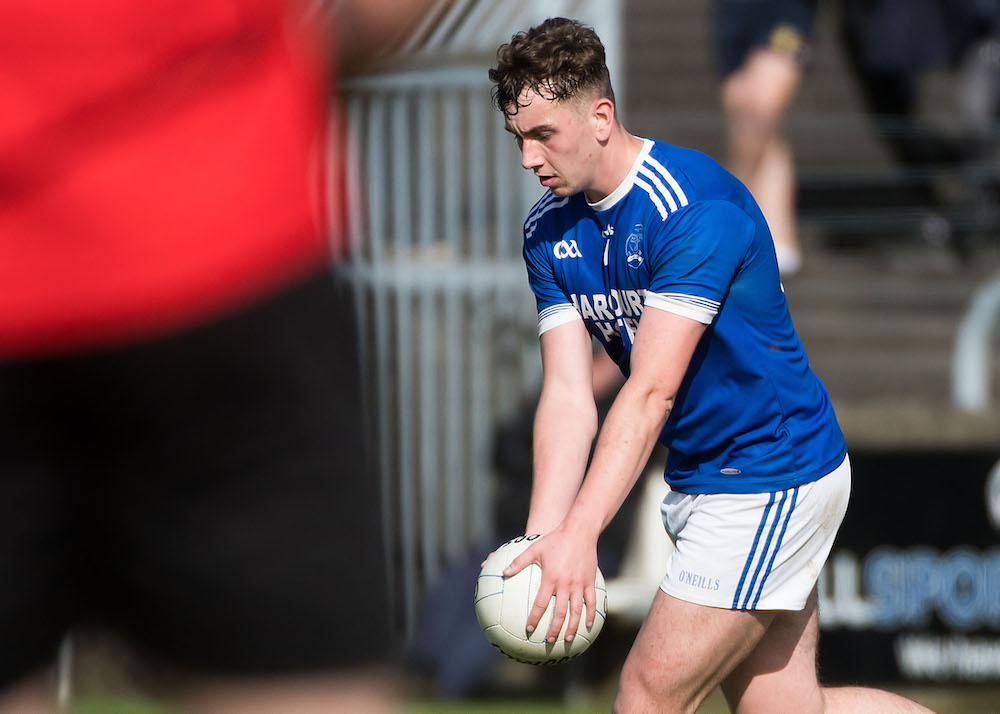 ‘I was in around my heroes, it was everything’ – Charles McGuinness on the 2012 journey

EVEN NOW, Charles McGuinness sometimes pinches himself as he considers the memories and their meanings.

The Glenties man was just shy of his 15th birthday when Donegal won the All-Ireland in 2012.

While other 14-year-olds in the county could only dream, McGuinness had a box seat.

He celebrated on the pitch, was in the squad photograph with Sam Maguire – ‘CMcG’ emblazoned on the breast of his black jumper – and was in the Donegal dressing room in those sacred moments away from the cameras.

Of course, it helped that his uncle is Jim McGuinness, who recruited him for a role carrying out some odds and ends after he became the Donegal senior boss.

Invaluable, though, seven years on, as Charles prepares to play in the full-forward line for Naomh Conaill in this Sunday’s Donegal SFC final.

“You know the dynamic of what’s going on on big days, you learn not to stress too much and you watch the likes of (Michael) Murphy and how they operate….It was all learning,” he says.

“At the time, I was so young. I was in around my heroes and it was everything. 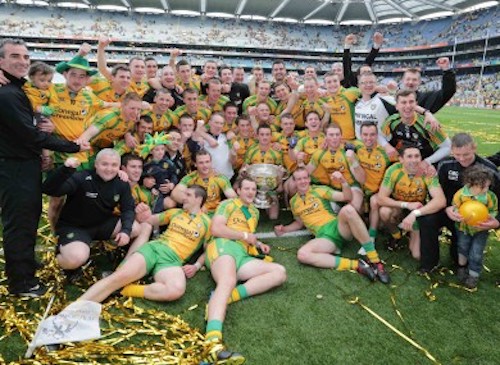 Charles McGuinness is front, right with Donegal after winning the 2012 All-Ireland final

“From a young age you’d look in, then all of a sudden you’re in amongst them, they know your name and you’re throwing water or balls out to them. It is everything at the time.

Uncle Jim has checked in since the semi-final win over St Eunan’s and keeps in touch.

“He’ll be ringing away to see how we’re getting on,” Charles says.

There are times speaking to the 21-year-old that bring echoes of the now-American based Jim.

He simplifies Sunday’s clash with Gaoth Dobhair to such a level you almost have to double check that it’s the final.

“You just learn not to panic or to build the game up,” he says.

“It’s just another game of football. You shouldn’t put the game onto a pedestal and make it something that it’s not, like a mythical game of football. It’s 60 minutes of football and you have to do what you can to come out on the right side of it.”

Charles McGuinness oversees a Donegal training session with his uncle and then Donegal manager, Jim

Naomh Conaill might have lost the last two county finals. There are traces of the former Donegal manager, too, in how Charles assesses the question of the lingering hurt that surely comes from losing successive finals.

Naomh Conaill are in their third successive final, but haven’t captured Dr Maguire since 2015.

There have been other knocks, too, like the U21 loss to Gaoth Dobhair in 2017.

“We have left a good few behind us,” as McGuinness puts it.

“We have been the most consistent team, but we haven’t had as much success as we would’ve hoped for. We have had a fair amount of disappointments.”

Now, though, there is another chance, but neither revenge or redemption are the central theme of the motivation. 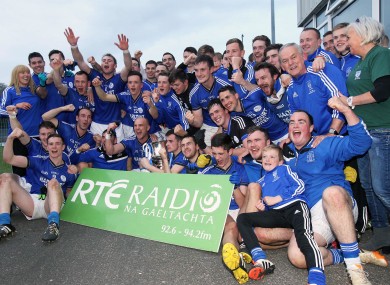 He says: “It’s about now and living in the moment. When all’s said and done, the hurt will always be there. It’s not about righting the wrongs, it’s about getting our name on the Cup.

“We just want to get the Cup. That’s all the boys want from the weekend. It won’t be an easy one. It’s a savage task. Gaoth Dobhair are Ulster champions. It’s all we want.”

Last year, McGuinness – who was on the senior panel in 2015 – played for the reserves and kicked six points in the Senior B final loss to St Eunan’s.

Over the winter, Martin Regan came calling and McGuinness listened.

“It’s brilliant being in the seniors,” he says.

“Everyone wants to be playing on days like this. It’s what you dream about when you first pull on the jersey. I was carrying a wee bit more weight and I’ve trimmed down. It’s just consistency, really, trying to play well.

“The bucks were onto me in the winter about putting in a bit of hard work. They said there’d be a job for me at the business end, so I just said I’d have a wee go. I’ve been playing senior and contributing. They had a lot of time with me and they gave me a chance to grow and learn.

“2015 was great. It was one of the best years in the club’s history, winning the Championship and the All-Ireland Gaeltacht. Being part of success like that makes you hungry for more.

“I’ve been playing reserve for the last couple of years, so this has been like a breakthrough year for me. Hopefully I get the nod to play now.”