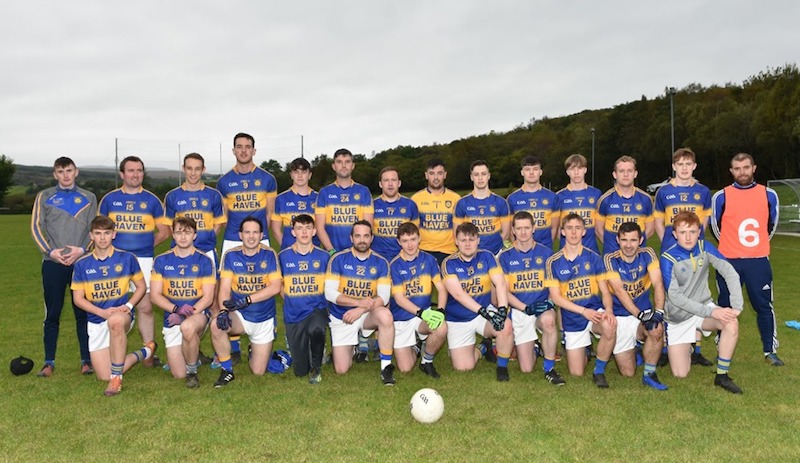 Kilcar content to don ‘underdog’ mantle in Senior B final

FOR THE first time since 2011, Kilcar are ready to contest the Senior B Championship final – and the Towney men are quite content to play the role of the underdogs.

Kilcar upset the odds with a 2-10 to 2-9 win over Naomh Conaill – last year’s beaten finalists – in their semi-final two weeks ago.

Kilcar will face St Eunan’s, who are the raging favourites, in Sunday’s final, the curtain-raiser to the SFC final between Gaoth Dobhair and Naomh Conaill.

Gerard McBrearty and Pauric Sweeney played on the Kilcar team that beat Four Masters 0-10 to 1-5 eight years ago.

“It’s great to have a buzz about Kilcar and we just want to do ourselves justice. We have a lot of young players coming in now and we have a few older bucks there so there’s not a bad mixture.”

Cormac Cannon and Kenny Doogan hit the goals in the semi-final while Shane Gillespie hit four points as they edged Naomh Conaill to book a place in the final.

“We went in against Naomh Conaill as underdogs, too,” Sweeney points out.

“The group stage went well for us and we had some tight enough games. It was great to come out of it.

“It’s brilliant to be in the final now. It’s been a long time since 2011 when we were last there. We’re up against St Eunan’s, who have been excellent this year.”

St Eunan’s, the defending Senior B champions, blazed their way to the Division 1 Reserve title this year and are hotly fancied this weekend.

Kilcar can call on plenty of experience. Young guns Dillon O’Gara and Ryan O’Donnell played for the seniors in this year’s League, while Dara O’Donnell comes with plenty of senior games under his belt.

The likes of corner-back Patrick ‘Cricket’ Gallagher – a former senior captain – corner-forward Glenn McBrearty, who has recently returned to action, and Noel Hegarty are others with vast swathes of experience on the senior fields of Donegal.

“We have nothing to lose, which is a great thing,” says Gerard McBrearty.

“St Eunan’s set the standard at reserve level. They’re a fantastic team with a lot of good senior players.

“We’ll give this our best shot. We don’t mind being the underdogs.”