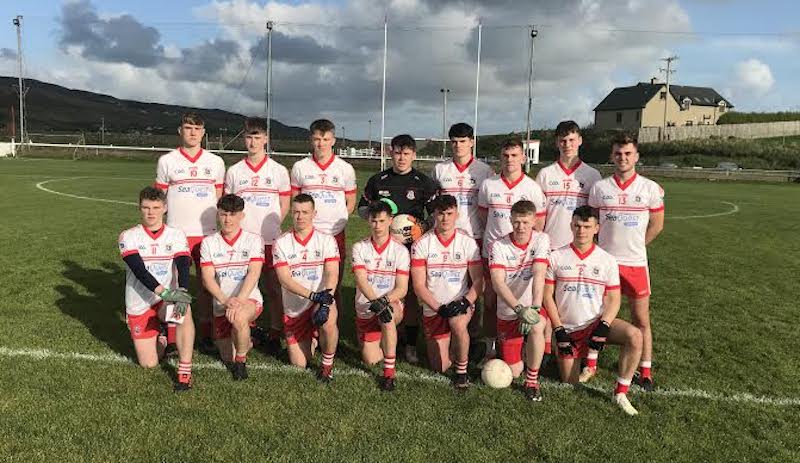 Killybegs Under-21s have too much for St Michael’s

AN IMPRESSIVE Killybegs powered away from St Michael’s in the second half to advance to the last eight in the Under-21 ‘A’ Championship.

They had Jack O’Donnell’s goal to thank for a 1-6 to 0-6 half-time lead and the Fisherman hit some high gears in the second half.

Six minutes after the break, Shaun Gorrell hammered in their second goal with a third added by Jack McSharry in added time.

O’Donnell fired home in the 10th minute after a neat four-man move.

Conor Cunningham (2) and McSharry added quick points as Killybegs opened up a 1-4 to 0-2 lead.

However, Gorrell and Seamus Óg Byrne helped move Killybegs three ahead at the short whistle.

Gorrell and Cunningham tacked on frees after the re-start before Gorrell bagged the second goal for the visitors.  Another fine move ended with Ryan Cunningham giving the final pass for Gorrell to finish.

Eight up, Killybegs were well in front and they made no mistake from there to the finish.

Carlos O’Reilly, Lee McColgan and Edward O’Reilly kept up the fight for St Michael’s, but Killybegs had too much to spare. 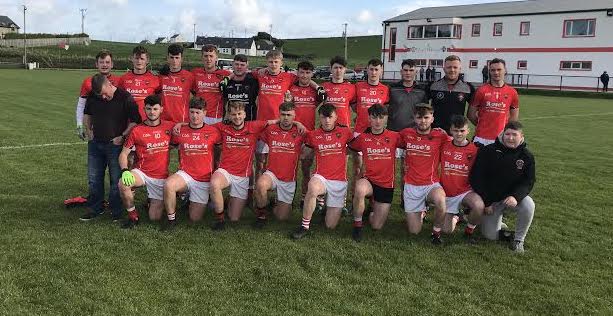