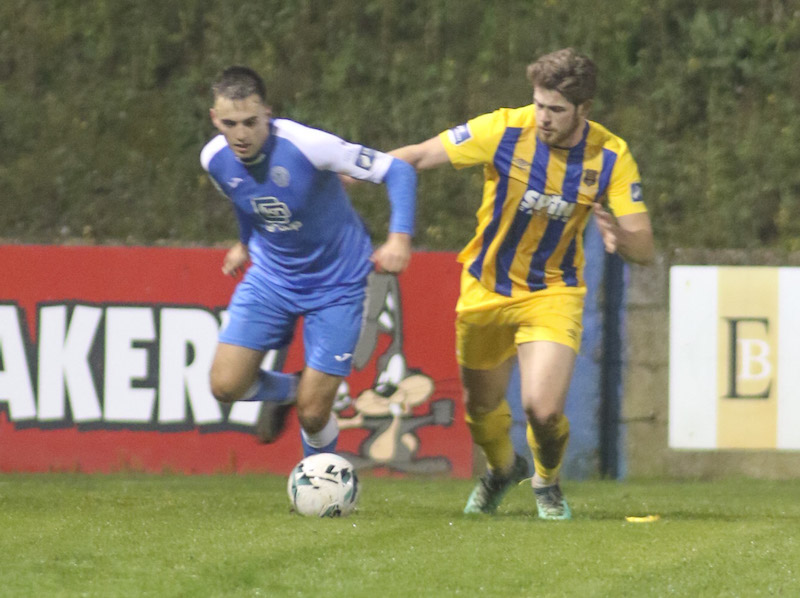 Mark Timlin a play-off doubt after injury against Waterford

MARK TIMLIN could miss Finn Harps’ promotion-relegation play-off after being forced out of action last night.

Timlin had to be replaced eleven minutes into the second half of the 1-0 win over Waterford at Finn Park. Harps were on a break out from the back when Timlin pulled up in the middle of the pitch, just in front of the Harps dugout.

It appeared that the Buncrana man had injured a hamstring and manager Ollie Horgan admits that he fears for Timlin’s immediate availability.

“We might have lost him for the play-off. It’s a bit early to call.

“We need our best players to have any hope in the play-off.”

Harps are without Mark Coyle and Keith Cowan at the moment. Coyle has not played since the 3-1 loss at Sligo Rovers last month while Cowan is absent due to an injury he picked up in the recent scoreless draw against UCD.

Horgan did not elaborate on either, other than to confirm that ‘both are injured’.

Harps will face Cabinteely or Drogheda in a two-legged play-off, the first leg of which will take place on Monday-week.

Horgan said: “It’s about Monday-week now when we have to perform. The pressure will be on us. It will be a difficult game for us, whoever it will be, because they’re a serious side.”