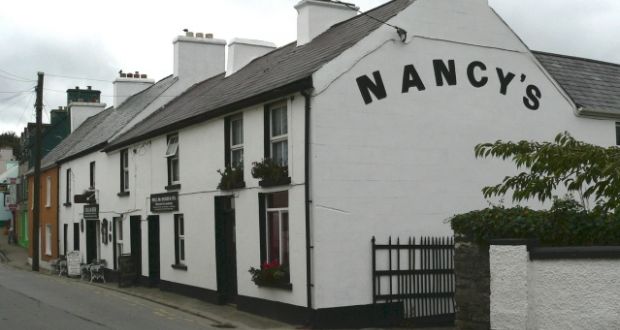 One of Donegal’s well-loved watering holes has revealed how they have kept the Donegal pub in action for over 200 years.

Jenny McHugh, one of Charles and Ann McHugh’s seven children, five of whom oversee the day-to-day management spoke to Thinkbusiness.ie about how the business has survived through boom times and recession, the business successfully adapting to massive cultural shifts.

McHugh acknowledged the bar has been quieter due to a change in drinking habits, but emphasises the importance of creativity, moving with the times and keeping quality and customer experience consistent.

“At the moment, the seventh and eighth generations of the Mc Hugh family are running Nancy’s. Charlie, our Dad, is one of a family of five born upstairs,” McHugh said.

“Of his seven children, five of us work here, two in the bar, two in the kitchen and one in the office. Even though the other two live abroad, they are both in the same trade. Growing up here has impacted us massively and keeping the business in the family is really important to us.

“All seven of us worked in Nancy’s part-time as teenagers, no one had a choice! We fell into whatever roles that suited us best, either in the bar or the kitchen.

“You found where your strength was. My brother Daniel went to train as a chef and became head chef in Nancy’s, my other brother Connor and I ended up doing the bar, my sister Suzi also works in the kitchen and my sister Lauren does all the baking and the bookkeeping.”

The south Donegal premises has evolved massively over the last five decades, something McHugh attributes to changes in the drinking culture.

“In the 60s, 70s, and early 80s, there was a big drinking culture. Lots of tourists came from all over, particularly people from the north of Ireland, English and Americans. It was really busy.

“In the 80s, our grandmother started serving burgers. They were called Deadlies – the burger came prepacked in a plastic bag, you put it in the microwave for two minutes, if you ate it straight away, it was fine but if you left it until it got cold, it looked and tasted like rubber. That was the first introduction of food here.

“Later in the 80s our mum, Ann, took over the food. She carried on serving burgers but started making real ones. She had a very limited but consistent menu; oysters, smoked salmon, prawns and roll mop herring.

“The food has gone from strength to strength in the last 40 years, it has become what Nancy’s is best known for. We are very proud of the tradition of our family business, the heritage and the length of time it’s been in the family are important but it’s the food that has made its mark.

“If the bar was only open for drink, we wouldn’t be open anymore. The drinking culture has changed so much. We made a bigger deal about the food. The menu has been expanded.

“Mum believes and has always instilled in us that consistency is the key. If someone comes in for a chowder today, they get the same chowder in a year’s time.”