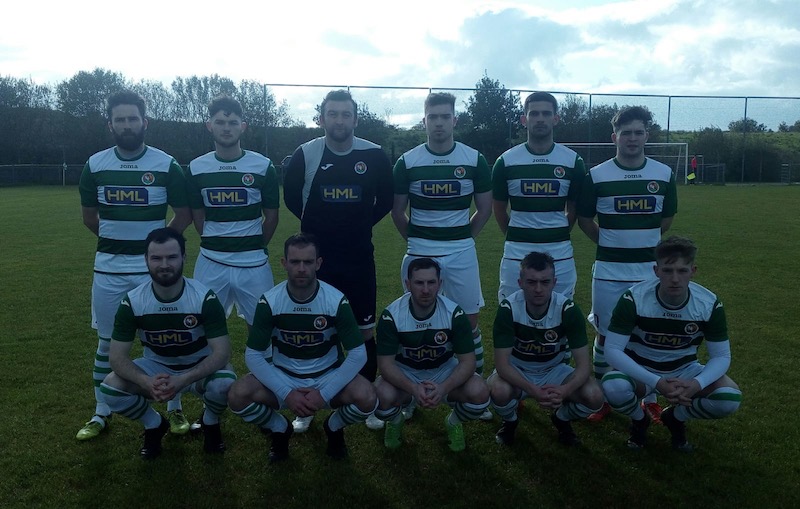 Cockhill come from behind to defeat Letterkenny in Intermediate Cup

Cockhill advanced to the next round of the Intermediate Cup with a hard-fought win over Letterkenny Rovers.

Letterkenny almost took the lead in the fourth minute when BJ Banda was played through on goal but Jason Breslin made a last ditch block when he looked poised to score.

On 14 minutes a Letterkenny long throw was flicked goal-wards but Gavin Cullen brilliantly clawed the ball out before it crossed the line.

Cockhill were giving as good as they got and almost broke the deadlock on 17mins when James Bradley found space in the box but hooked over. Shortly after, a Breslin cross was dummied to Mark Moran who shot straight at Rory Kelly.

The open nature of the game was summed up as half time approached. A Daniel Doherty run and cross found Cathal Farren.

His shot was blocked and the resulting clearance found Banda who outpaced the Cockhill defence but his shot lacked power.

The second half started with the away side on the front foot and they hit the front on 49mins. Gary Merritt advanced on the right hand side and, after hesitation in the Cockhill defence, Declan Sharkey smashed home from the edge of the box. 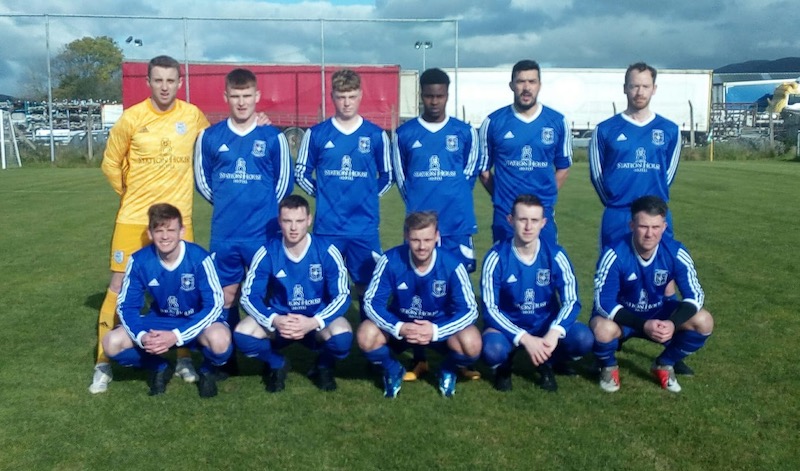 Letterkenny were on top at this stage but gifted Cockhill an equaliser on 54 minutes Lee McColgan had to win a tackle at the halfway line and his looped clearance was misjudged, ending up in the net.

This changed the flow of the game and it was the hosts who were now in the ascendancy. Bradley Callaghan and Daniel Doherty had shots from the edge of the box before they struck for what proved the winning goal on 71 minutes.

After a sustained spell of pressure during which they forced a succession of corners, Peter Doherty headed home at the back post from a great Lee McColgan delivery.

They almost got a third from the same source on 76 minutes, but Sharkey cleared a Daniel Doherty header off the line.

Letterkenny threw everything at Cockhill in search of an equaliser.

Letterkenny were reduced to ten men in injury time when Chris Malseed picked up a second yellow card as Cockhill held on for the win.