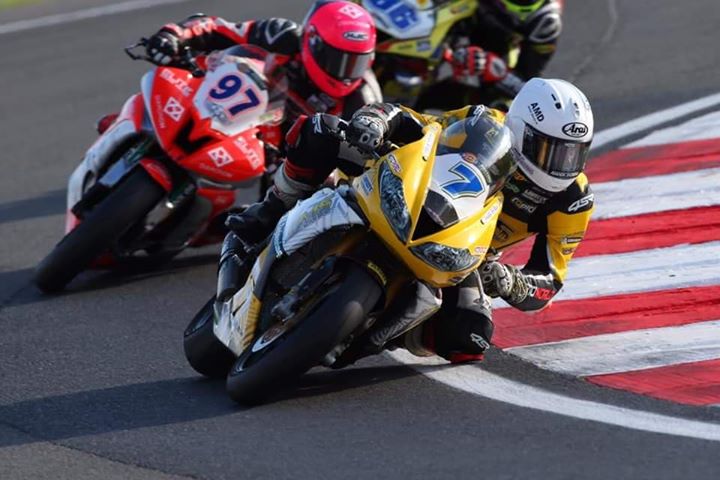 RICHARD KERR’S British Superbike Championship has ended for 2019 with a fantastic fifth place in the Championship.

The Kilmacrennan man was battling for the podium on Saturday after qualifying 4th for the sprint race, but was involved in a horrendous  crash going into the last lap after being hit by another rider.

Kerr and his machine went off the track at over 100 mph  the race was immediately red flagged and the young Donegal man was escorted to the medical centre.

After a lengthy assessment, Kerr was passed fit to race for Sunday’s  feature race.

The team worked into the small hours to get the bike fixed and Richard was 7th fastest in the morning warm-up..

Batterd and bruised he lined up on the second row and immediately got into third place in the opening laps.

Kerr battled for the podium most of the race and finished a super 7th overall and 6th in the Supersport class to clinch 5th in the championship.

It was a great result for the Campbell Motorsport team after finishing 17th in their debut season last year.

Kerr makes a rare home appearance next weekend at the Sunflower Trophy Races at Bishopscourt.

If his injuries from the crash don’t  hamper him too much, the young Kilmacrennan ride will certainly be one of the favourites for the Supersport classes.