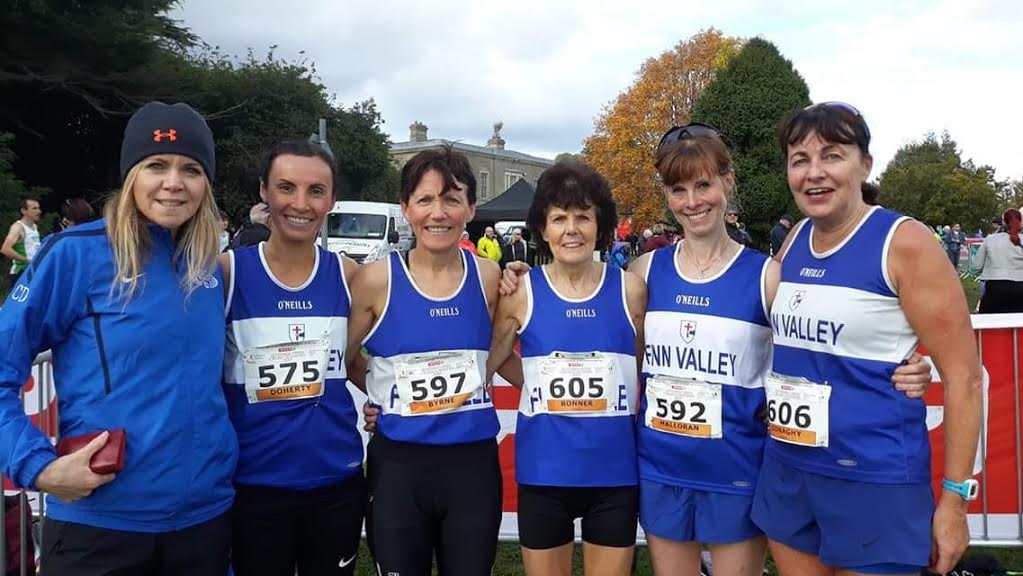 Finn Valley performed well at an open cross-country at the National Sports Campus this weekend.

Athletics Ireland organised the event and in addition to doubling as a trial for Master International in England next month, it gives senior and junior athletes an opportunity to gauge fitness and predation for the more serious  championship stuff in months ahead

Leading out with the master story international selection beckons for Teresa Doherty, who returned a very positive performance winning not only her age division but the race, picking up the Jim McNamara award for outstanding master athlete.

She was in fact the race winner at the international in Cardiff last season so leads Ireland on this occasion, once again her time 21.48 against that of Natasha Adams of LAC, 22:21, who will form a part of the team.

Kay Byrne is running well as evidenced by recent county championship and will once again gain selection.

Kay was second in her age category, just a mere two seconds off, 24.04 her time.

Kay Byrne on the charge

Gloria Donaghey battled to a 33.48 time, Jane O’Halloran, making her O50 debut, finished 4th 25.48 and will be disappointed but may yet get an international call.

In the Junior, Cassie Lagan and Karen Gallagher finished in top 20.

Before moving from masters a solid run once again Claire McGuigan, Lifford /Strabane, which was good enough for selection in the O35.

The focus in the mens master was Dermot McElchar returning from a long period of injury recently, a very encouraging return of third in 25:23 on the national team as a result as is his coach Mark Connolly, who was second in 30.36 leading those he coaches by example.

The final Donegal international selection will be Anthony Doherty of Milford so currently there will be eight Donegal athletes who will be automatic selections, five of whom are Valley and they hold out for news of Jane O’Halloran

In the senior mens race, the lead Donegal athlete was Mark McPaul.

Looking ahead its Ulster novice for Finn Valley on Saturday,  plus even age Ulsters and the venue is Greenmount.

Beyond that its Donegal senior at Valley, once again on November 3rd.