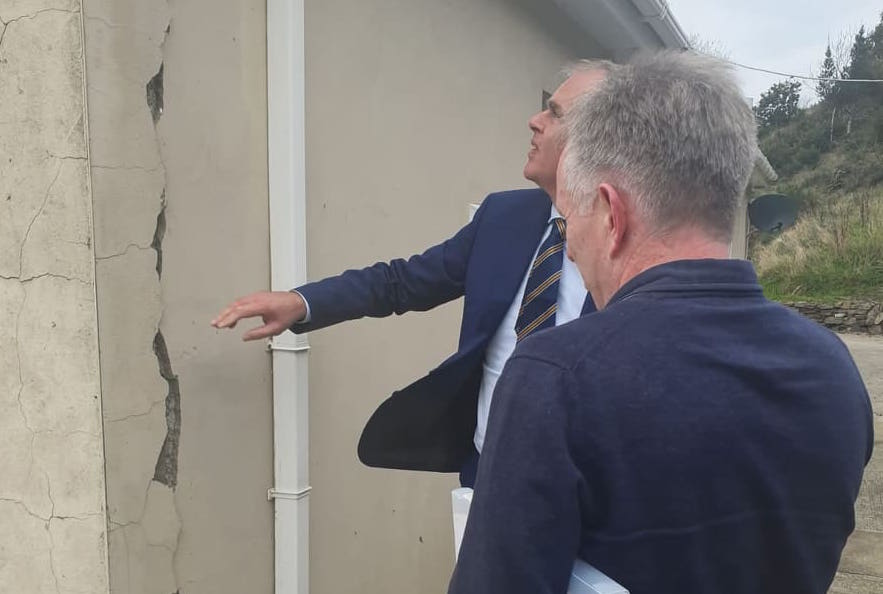 Attorney General set to sign off on MICA scheme

The Attorney General is now reviewing the MICA scheme and is preparing to sign off on it.

The Mica Action Group yesterday met with Minister for Education and Skills, Joe Mc Hugh to discuss progress on the Mica scheme for homeowners affected by the defective blocks issue across Donegal.

In today’s meeting, Minister Mc Hugh confirmed that the Mica scheme has now been finalised between the Department of Housing and Donegal County Council and is with the Attorney General for final sign off.

Eamonn Jackson, Vice Chairperson of MAG who attended the meeting said the group is heartened by the developments.

He said “Today Michael Doherty, Gordon Dickinson, Mary Connors and I from MAG met with Minister Joe Mc Hugh at my home in Milford to get an update on the Mica scheme. We took the opportunity to show Minister McHugh around my home and to show him the significant damage caused as a result of the defective blocks issue and to highlight the stress that this puts my family under as well as the many other families confronted with the same issue.

“Minister Mc Hugh told us that the Mica scheme is now with the Attorney General for final review and sign off before being handed to Donegal County Council for implementation.

“We were heartened to hear that this progress has been made and we again stressed the importance of the scheme opening and accepting applications as soon as possible. 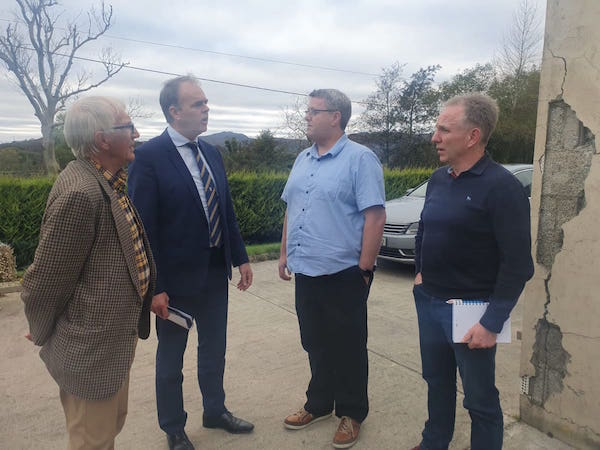 “We were also heartened to hear that since the Government have approved a significant budget of €580m euro to this scheme, that should we spend the €40M allocated, we are in a position to request further drawdown to ensure as many applications that are approved are dealt with in this coming year.

“MAG want to thank Minister for Hugh for his continued support and are cautiously optimistic that we are nearing the end of a very long campaign to get this scheme over the line.”